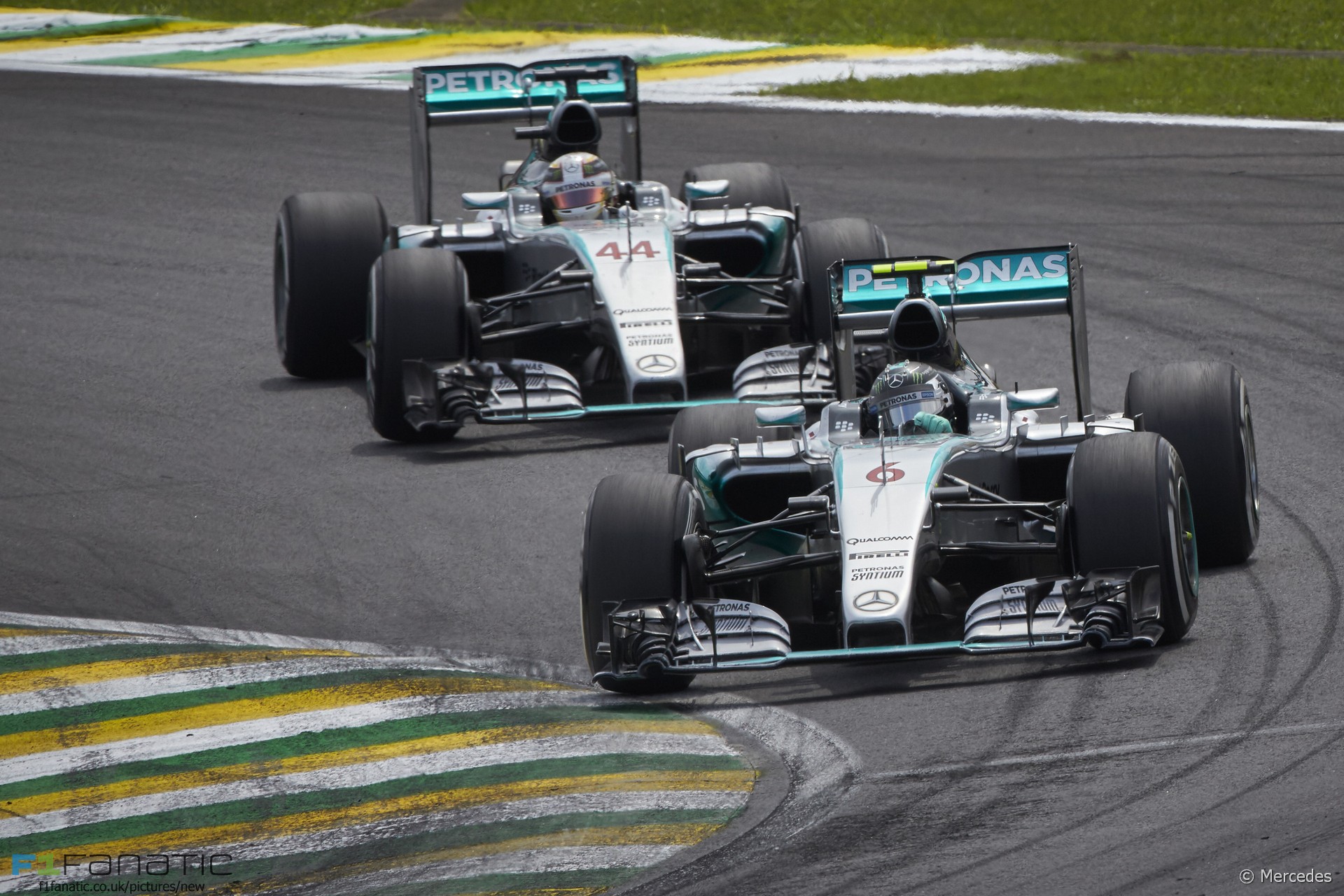 Nico Rosberg said he had the race under control in Brazil despite coming under severe pressure from team mate Lewis Hamilton at times.

“It went perfectly,” said Rosberg after taking his fourth win of the year. “Lewis put on a good challenge but I was able to control it and never give him a change so I’m pleased with that.”

Rosberg said he had “no issues” when Hamilton got closest to him during the second stint.

“I was just controlling the pace, never over-doing it to not risk making a mistake and also to not risk having too much degradation,” said Rosberg. “We saw Lewis dropping off a lot with degradation in the second stint and that confirmed it was important to take care of the tyres.”

Rosberg has won the last two grands prix in a row and set pole position at the last five. However he isn’t able to explain his recent upswing in form.

“I’m pushing now, I was pushing at the beginning of the season,” he said. “I don’t have an exact explanation for why it’s going so strongly now but I just want to keep it going.”

“Lewis had the upper hand for a lot of the season, I needed to turn it around,” Rosberg added. “At the moment it’s going really well and I’m pleased with that. Next race in Abu Dhabi, I want to go for the win there again.”

11 comments on ““I was just controlling the pace” – Rosberg”