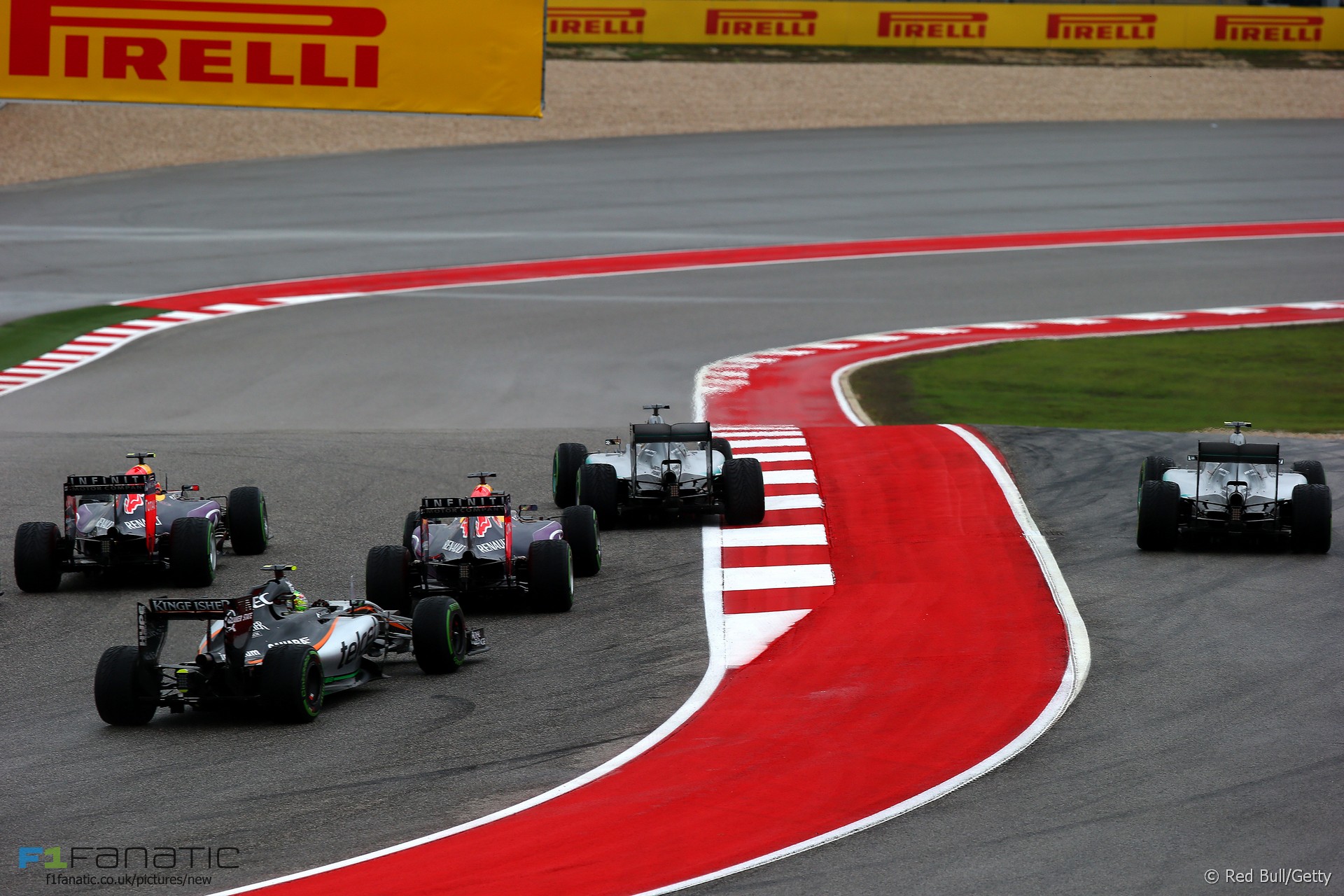 The two Mercedes drivers made contact as Lewis Hamilton took advantage of a slow getaway by Rosberg to take the lead of the race.

“Turn one for sure was very aggressive,” Rosberg told the post-race press conference after finishing second to Hamilton, which confirmed his team mate as 2015 champion.

“What am I going to say? I haven’t even seen it again, so how the hell I can’t comment, I need to see it as always.”

“For sure it was extremely aggressive. We hit each other, or I would say Lewis came into me, so obviously that’s not good, but I cannot say more than that.”