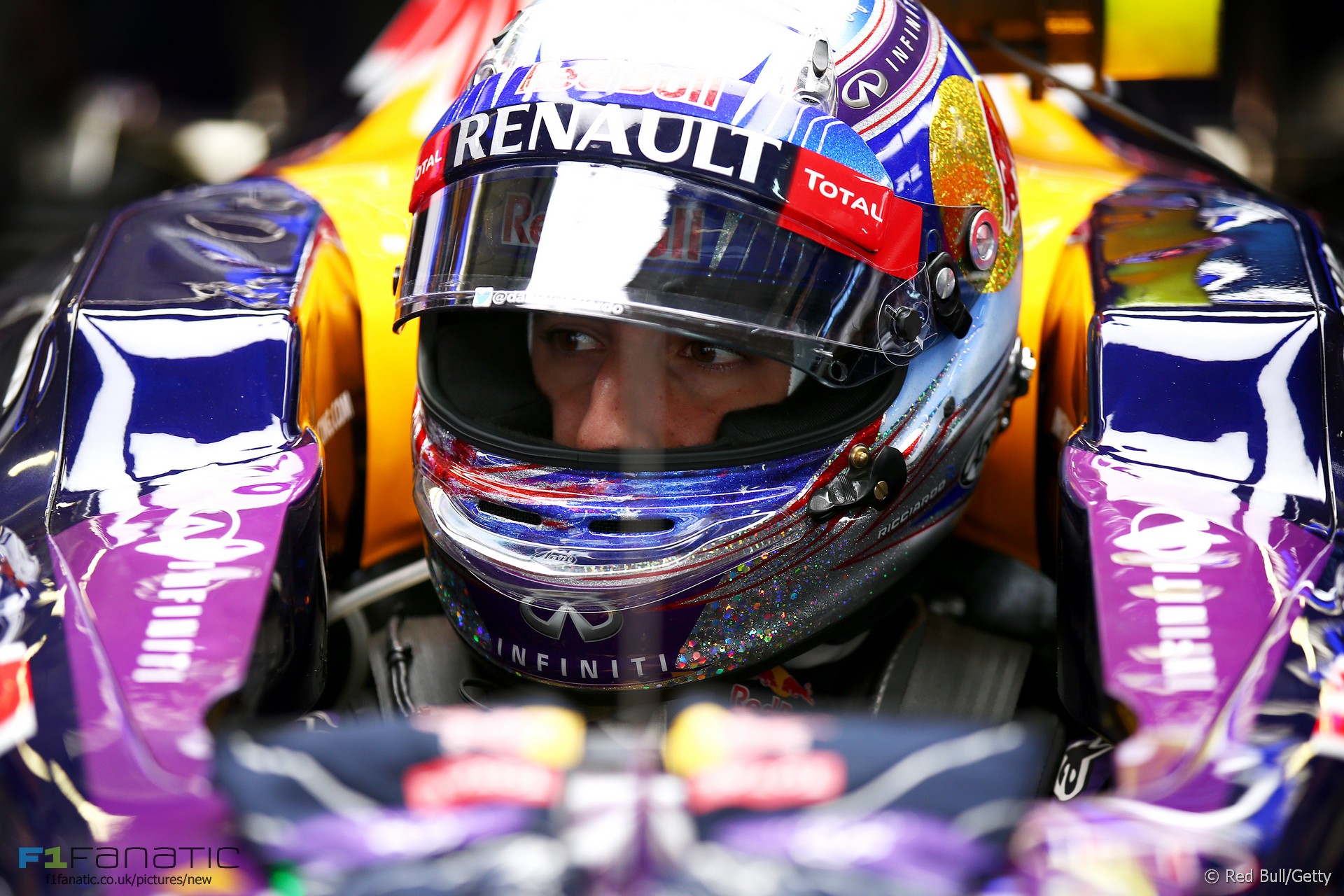 Daniel Ricciardo says it probably isn’t worth taking a grid penalty in order to be able to use Renault’s upgraded power unit this weekend.

Red Bull and Toro Rosso have the option of using Renault’s newest version of the Energy F1 power unit, but as their drivers no longer have any penalty-free engine changes left they would incur penalties for using it.

“It’s available if we want to use it,” said Ricciardo in today’s FIA press conference, “obviously that would mean a penalty though”.

“We’ve got to understand if it’s worth it. Last I heard it’s not massive so from my understanding is it is probably not worth taking it.”

“Right now I’d say we are probably less likely to take it. That’s about it. Hopefully today they’ll tell me the difference and we’ve found a bigger chunk of horsepower from it but I think realistically there’s not a whole lot.”

Ricciardo feels most of the gains the team have made with the car this year has come from the chassis rather than the power unit, but believes their qualifying performance is still a weakness.

“The car’s good and I was surprised to hold Valtteri [Bottas] and Kimi [Raikkonen] off for as long as I did [in Russia],” he said.

“Once they caught me I thought I wouldn’t have stayed in front a long. There was definitely some nice little surprises, I think, in Russia. It has progressed, for sure, the power unit, but I think the car has really come alive and yeah the grip we have through all those sort of tight, twisty bits is really good.”

“I think this circuit will suit us more. So I’m hoping we can be more competitive here. It just seems, yeah, qualifying we don’t really have that one-lap pace but then the races we seem to be a lot more competitive. If we can somehow start towards the front then I think we can stay there.”

33 comments on “Renault upgrade “probably not worth taking” – Ricciardo”