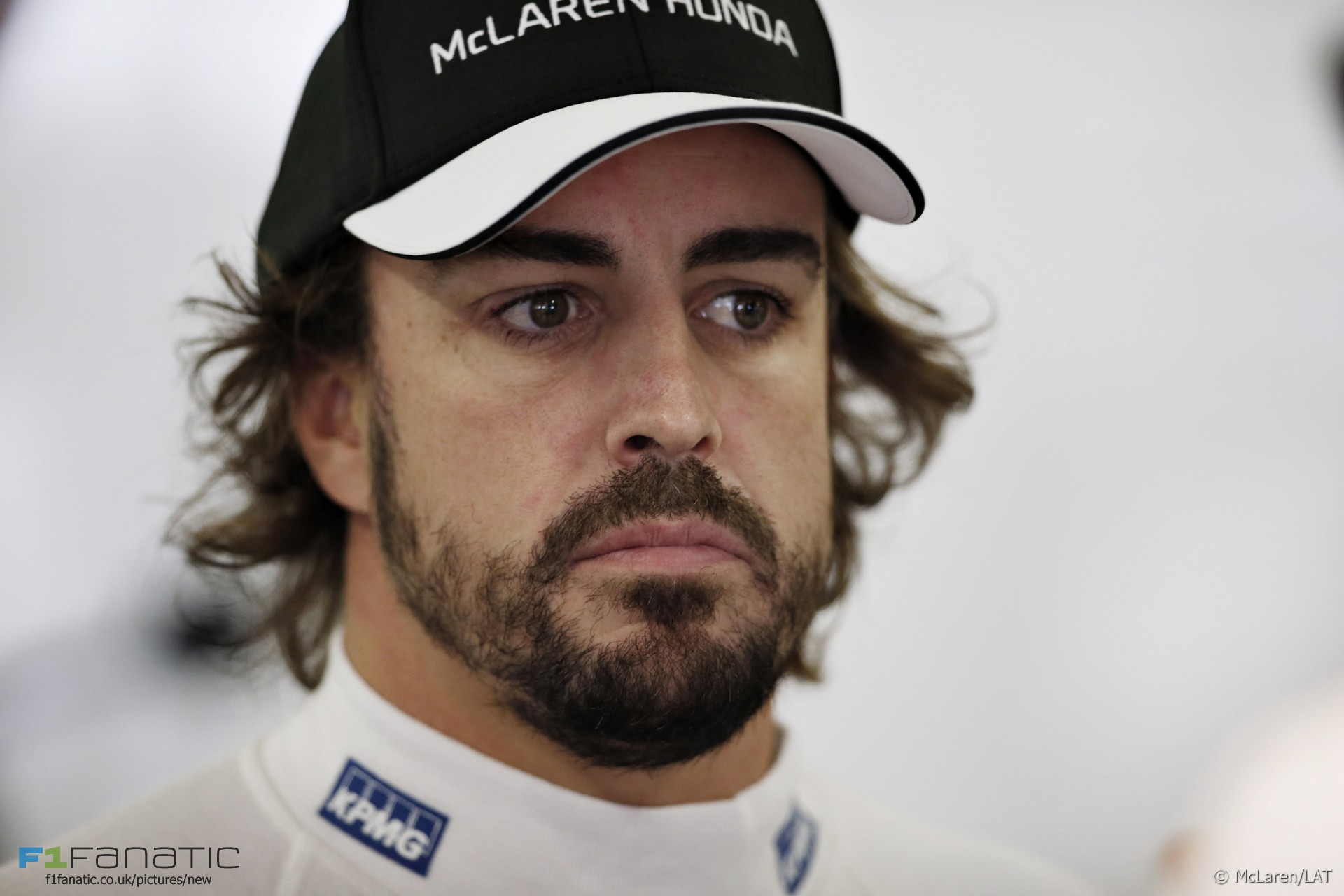 Fernando Alonso admitted his radio outburst about Honda’s engines during the Japanese Grand Prix was not his first this year.

Alonso complained on the radio he was “caught on the straight like a GP2 [car]” during the race. “This is embarrassing, very embarrassing,” he added.

Asked about the radio messages during today’s FIA press conference in Sochi Alonso said he had made similar comments earlier in the season which Formula One Management had not broadcast.

“I’m happy that it was only broadcast in Suzuka,” he said, “because if you hear all the races, all the radio messages – from me or from Jenson or from whatever – you will be even more surprised.”

The McLaren driver repeated his belief that radio messages between drivers and their teams should not be broadcast.

“We’ve been all season very positive about the team and about the car,” he said. “We faced some difficult times, some tough times, all the team. What you talk on the radio should remain private because you are talking with your team not publicly.”

“I think publicly, as I said, we’ve been very, very positive all the time and sometimes it’s normal and understandable, talking to the team, the level of frustration, the level of commitment that I have racing and Jenson has racing as well.”

“When you are battling and you cannot hold anyone behind and you are losing positions it’s normal. But as I said this is a very unique sport that we have a microphone in our helmet and it goes live on television. Imagine in NBA or football players or something like that what we can found. But this is normal and as I said it’s just talking to the team, understandable the frustration in the car.”

Alonso revealed he had made his views about Honda’s engine programme clear in a meetings with their executives before the race.

“The most important thing about the Suzuka weekend was on Wednesday when I visited Sakura factory and I saw the engine programme for next year,” he explained. “We had very long meetings, we went through all the difficulties that we are facing right now, all the possible solutions we want for next year.”

“So that was the most important part of the weekend and the message that I think were important in the weekend those were very, very clear. Much more clear than on Sunday.”

Last week Alonso took to Twitter to reject speculation he might leave McLaren early. Asked today if he will remain with the team in 2016 he replied: “and ’17…”