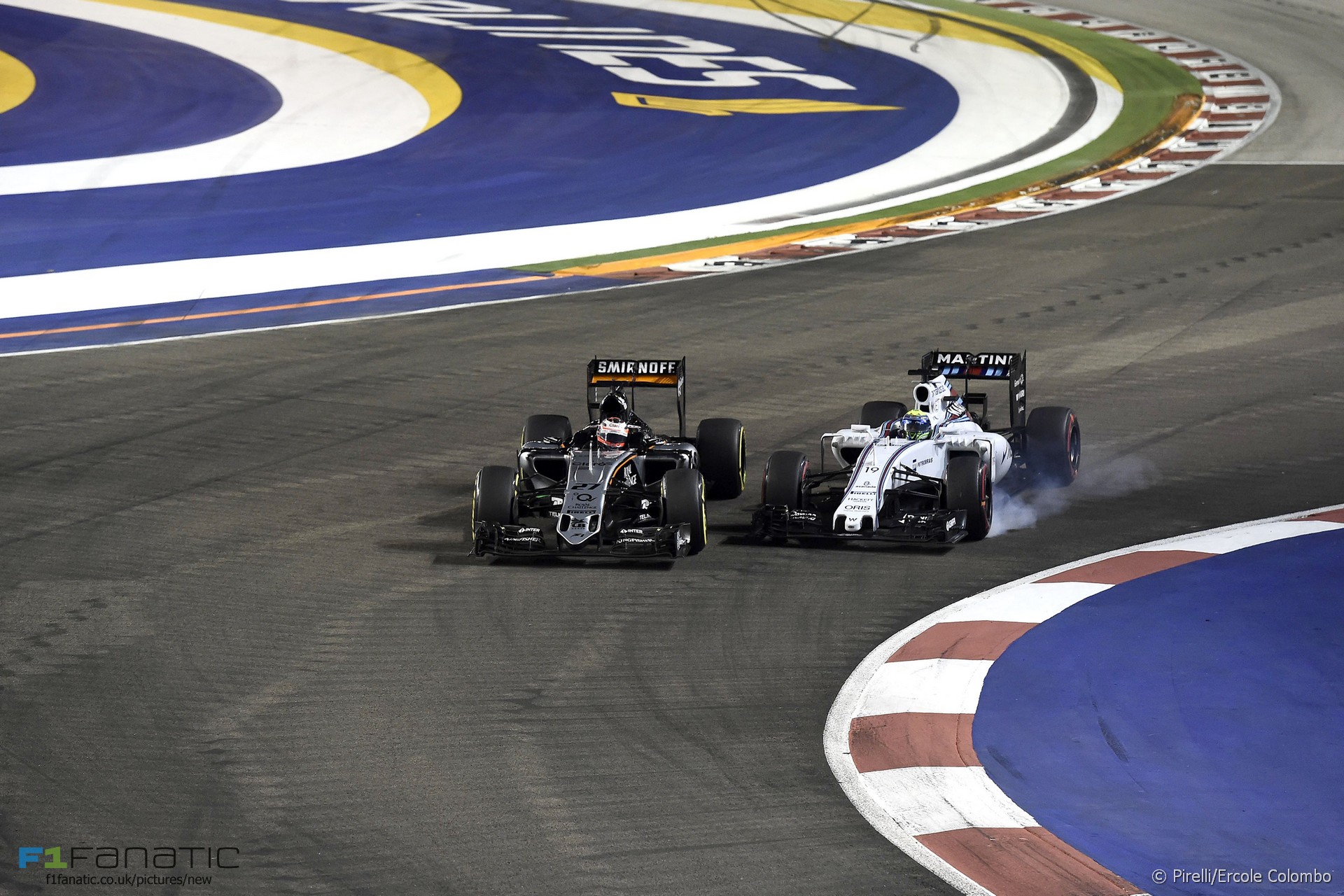 The Singapore Grand Prix earned its second-highest rating from F1 Fanatic readers as Sebastian Vettel and Daniel Ricciardo headed the field for a change.

It was back to the usual script in Japan, however, leading to the lowest score for a race at Suzuka since these polls began.

Throughout practice many doubted whether Mercedes were in as much trouble as they appeared to be. Qualifying proved their trouble was real, however, and their problems continued into the race.

Two Safety Car periods – one caused by a track invader – disrupted the action at the front and kept a lid on the Vettel-Ricciardo battle for victory.

For me, the race was really exciting. It was exciting with Toro Rosso and Sauber against Lotus, and the bit-of-exciting part was that Ricciardo might catch up to Vettel.

About Toro Rosso trying to catch up to Perez, Verstappen could have the chance to overtake Perez in the last laps. For the whole race, I felt very, very delighted with Vettel winning the race and Raikkonen securing Ferrari a double podium finish.
@iluvsoundtracks

The Mercedes surprise plus the ‘dominance’ from Ferrari made this race a must-watch, but given the standards of this season it was a boring race, despite the second half with the strange safety car plus the action at the restart, and the always spectacular drive by Verstappen.
@cocaine-mackeine

From the pit stops onwards, what a race. Singapore always delivers drama and such tense racing and we had it once again here. We had complete chaos with the track invader, we had awesome IndyCar-style wheel-to-wheel racing, we had a non-Mercedes winner and we had a genuine battle for the race win for a while.

Meanwhile, Toro Rosso have two megastars in the making, and Sebastian Vettel, regardless of what the record books will say, is cementing his status as a legend.
@Craig-o

Pretty dull to be honest, first half of the race really dragged, bit of artificial drama added at times later on but no race for the win. Replace Vettel with Hamilton and Ricciardo with Rosberg, it’s exactly the same as the rest of the season. I don’t find it more exciting because they’re different cars.
@Weeniebeenie

At Suzuka normal service was largely resumed. Rosberg beat Hamilton to pole position, but the world champion brushed his team mate aside at the first corner. From there on it was hard to see Mercedes being beaten, and not just because FOM avoided showing them…

It’s painful to see Alonso and Button being helpless in the race, and the Red Bull’s and Toro Rosso’s under-powered as well, not to mention the Saubers just under developed and the Manors so so far back. It’s just a too uncompetitive grid, too few cars, too few battles at the front, overtakes being done through the pit stops etc…

It doesn’t matter if it’s Spa, Monza or Suzuka. Even these famous tracks can’t liven up what is a poor state of F1.
@Me4me

I thought it was a good race to be honest, Virtually always some close racing going on that was worth following & some good overtaking. Overall I enjoyed it.
@Stefmeister

As soon as Rosberg fell to fourth on the opening lap the race was doomed; Hamilton trounces away with no competition. 2016 cant come soon enough.
@Robocat

It had a good mix of battles through the mid field. Rosberg messed up his start and had to claw his way back and that was interesting to watch, to see if Vettel could hold his fight off. Then we had quite a few drivers out of position due to first lap issues, and there was interest to see how far Ricciardo and Massa could get up through the pack. We had Lotus well up in the top ten for most of the race, due to others being out of the mix. Hulkenberg was out doing Perez despite starting 14th after his three-place grid penalty, and Perez’s race just didn’t happen. In amongst all of that, Sainz attacked the bollard on the way into the pits. We saw a couple of 2.2 sec pit stops from Ferrari.

I got plenty out of that race.
@Dragoll

I’m finding myself in an annual cycle which starts with pre and early season excitement but which unfortunately evaporates as the year progresses.

I think the best perspective I can put on this is as follows:

Yesterday I recorded both the F1 and the Moto GP. I decided to watch the Moto GP first as I was far more thrilled by the prospect of watching Lorenzo, Rossi and Marquez duke it out and to see a race with continual overtaking. Afterwards I dutifully, and with far less anticipation, watched the F1.