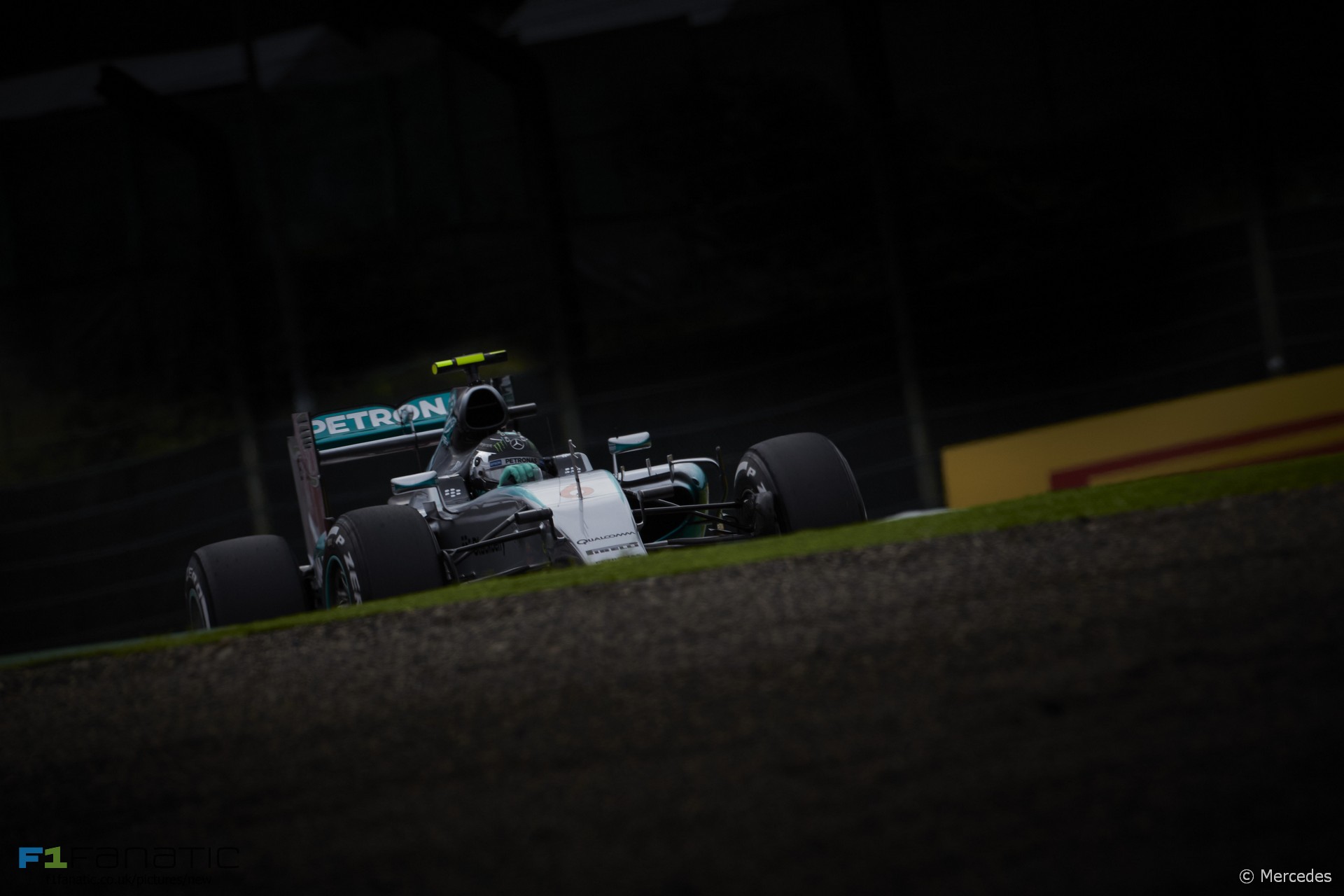 The lack of coverage given to Mercedes during the Japanese Grand Prix prompted questions whether Formula One Management deliberately avoided showing them for political reasons.

Lewis Hamilton dominated proceedings while Nico Rosberg moved up from fourth on lap one to finish second. However the silver cars appeared to receive minimal coverage.

Bernie Ecclestone has described Mercedes’ domination of F1 as “wrong” and urged them to supply power units to Red Bull, who have threatened to quit if they do not receive competitive engines. However Mercedes intends to supply engines to Manor instead.

Mercedes’ non-executive chairman Niki Lauda agreed the coverage of the team’s cars had been limited, but suggested there might be an innocent explanation.

“I have to find out because it was really strange to me too,” Lauda told Sky. “Even the pit stop was missed, we just saw [Hamilton] going out of the pits.”

“Maybe the guy who’s running the show today was replaced by somebody else who never did a grand prix transmission, I don’t know. But this we have to find out. But it’s easy, I ask Bernie and he will give me for sure an answer.”

FOM has been accused of selectively ignoring certain teams for political reasons in the past. At Bahrain in 2012 the Force India team disappeared from qualifying coverage after they had declined to take part in second practice the previous day. The team had decided to leave the track early after following an incident the previous day in which some of its personnel were caught up in a petrol bomb attack in the strife-hit country.

100 comments on “Did FOM give Mercedes its ‘invisible treatment’ in Japan?”