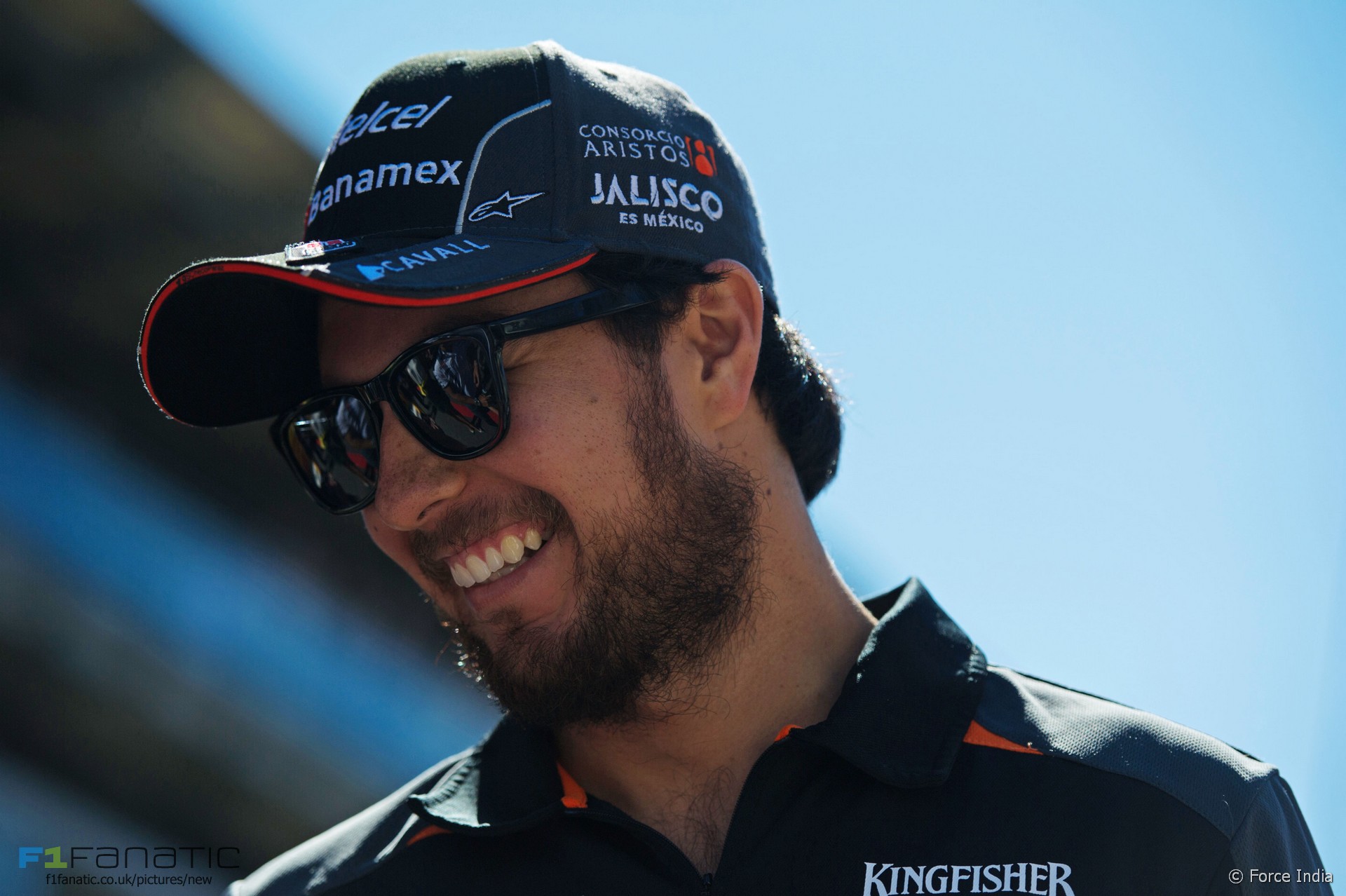 Sergio Perez will remain at Force India in 2016, the team has confirmed.

Perez said the announcement “means I can simply focus on the important stuff – driving the car and scoring points for the team”.

“Since coming here I’ve really grown as a driver and I feel I’m performing at my best. I’ve always said I want to establish myself in a team and it’s the right moment to announce my commitment for the future with Sahara Force India.”

Perez joined Force India at the beginning of last season after leaving McLaren. Team principal Vijay Mallya said Perez has “done a fantastic job for us already and when we give him a competitive car we know he can get the job done”.

“He’s also got a great attitude and never gives up – it’s that fighting spirit which fits well with this team. You only have to look at his results in the last three races to see that he is performing at the top of his game.

“It’s an exciting time for Sergio, especially with the upcoming race in Mexico next month, and with our close connections to the country I’m sure it will be a highlight for everybody in the team.”

Force India will have an unchanged driver line-up next season, have previously confirmed Nico Hulkenberg will also remain with the team.

See the updated list of 2016 F1 drivers and teams

13 comments on “Sergio Perez confirmed at Force India for 2016”