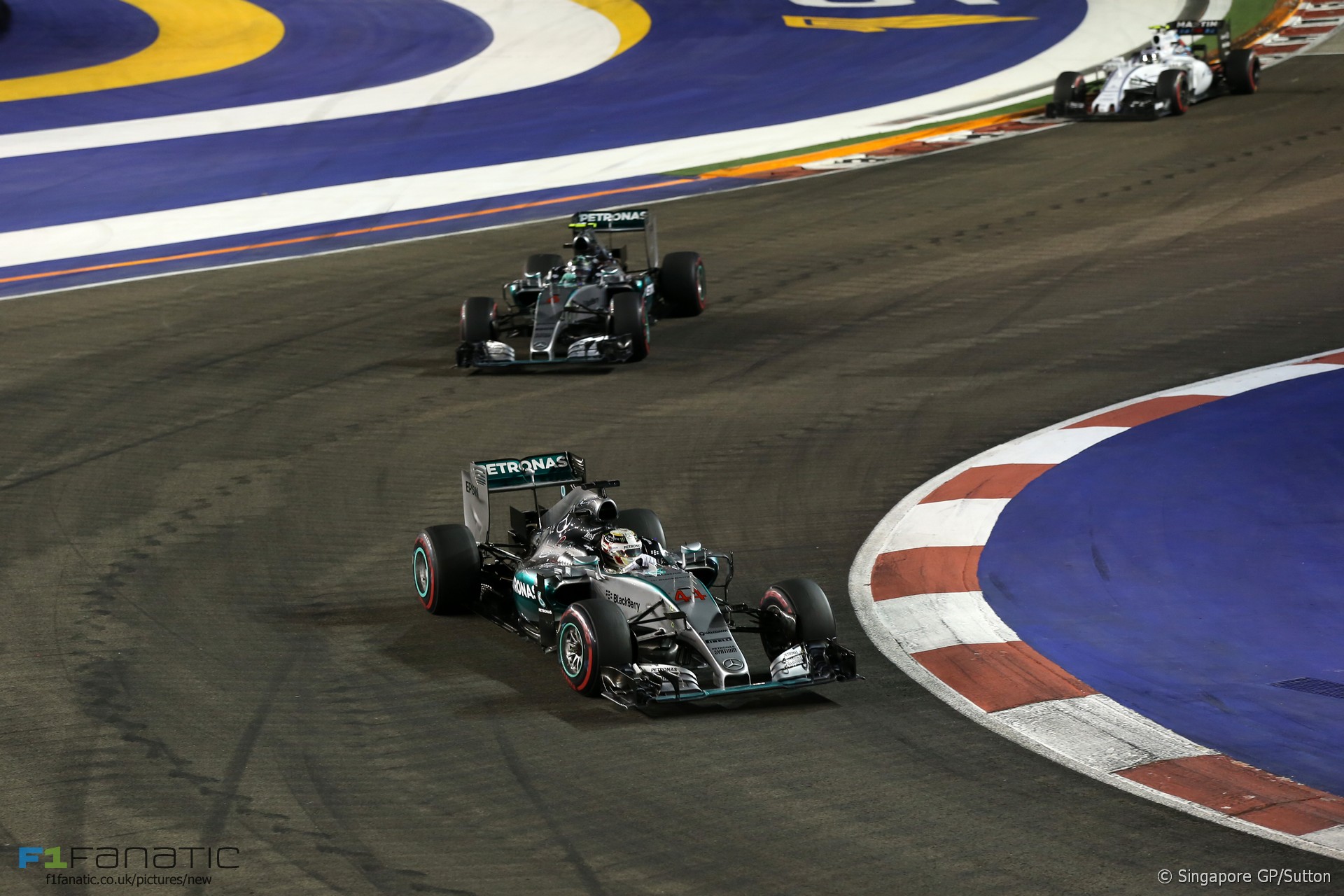 Lewis Hamilton believes he would have been able to fight for victory in the Singapore Grand Prix before his car broke down.

Hamilton was running fourth when a problem developed with his power unit, forcing him to retire.

“I was feeling super-optimistic in the car.” Hamilton told reporters afterwards. “The guys in front were on the [super-soft] tyres and I was on the [soft], I was easily keeping up with the guys.”

“So I was thinking ‘we’ve got a race on our hands here’. Balance was nice, really under control, and I was just waiting for that time when I had to push and see what I can get from the car, but obviously I didn’t get that. I lost power – I was hoping they might have a quick fix but it never came.”

Mercedes’ domination of F1 was interrupted at Singapore where they only qualified on the third row of the grid. However Hamilton was happy with his weekend’s work.

“I feel content with the job I did this weekend,” he said. “I came here, I got here I early, I trained. I drove the best I could, I qualified ahead of my team mate. In the race I was quicker than my team mate, which is always a good thing.”

“I was feeling good in the car and everyone did an amazing job. Whilst it’s not been the most positive for the team the last couple of races I know that we’ll bounce back.”