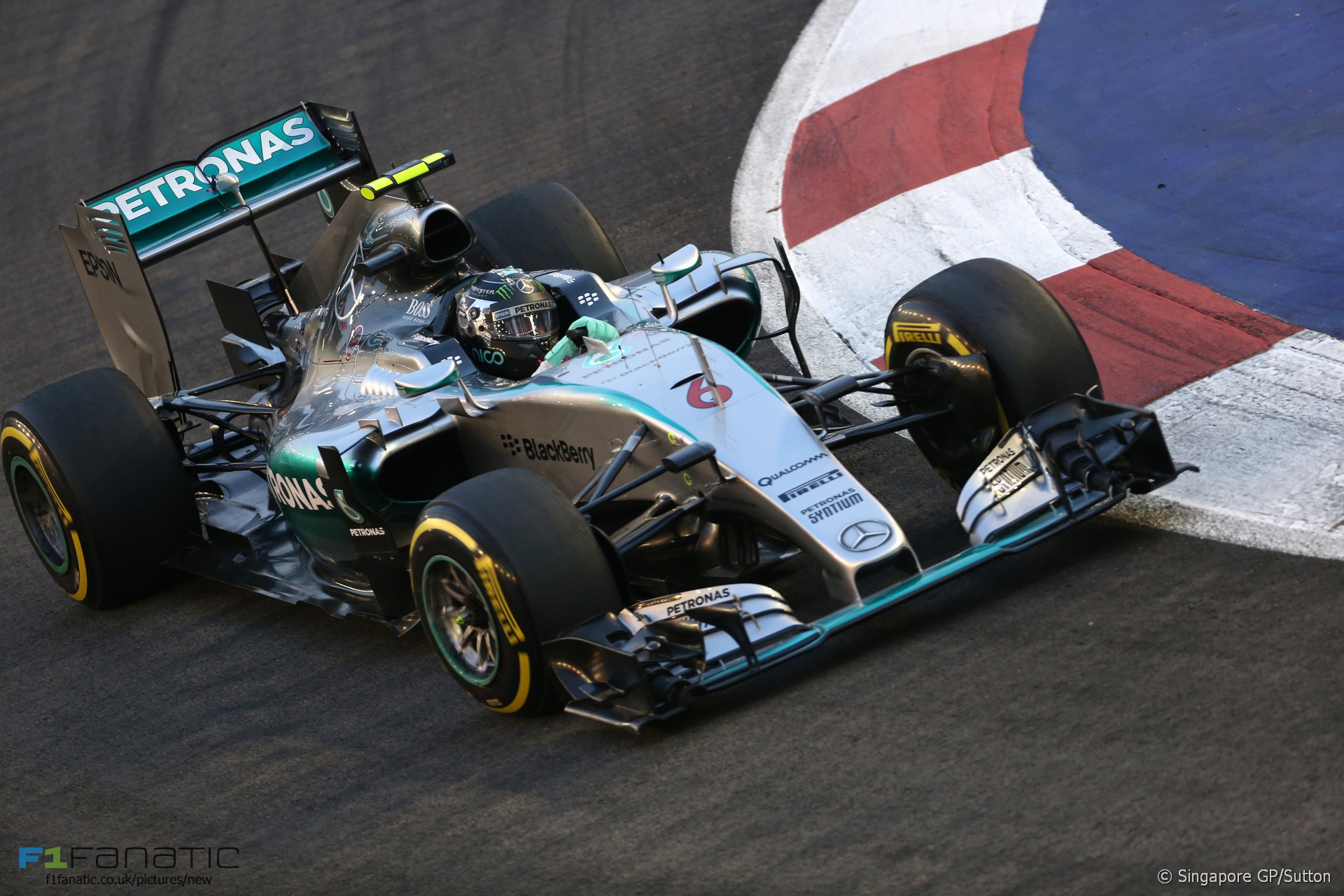 Nico Rosberg says Mercedes don’t understand the problems which left them almost one-and-a-half seconds off the pace in qualifying for the Singapore Grand Prix.

“Very frustrating to be so far back and so off the pace,” Rosberg told reporters after qualifying. “Unbelievable.”

“I can’t remember the last time I’ve been one-and-a-half seconds off the pace, it must be years ago. We don’t understand.”

Rosberg described the lengths he has gone to find his car’s missing performance. “I made set-up changes throughout the whole weekend, in all different directions,” he said, “big changes.”

“I’ve gone full circle: started with something, went all the way around, and then came back to what I started with for qualifying, and that was the best, so that was OK.”

“We’re going to dig into it but of course now you can’t change anything [under parc ferme rules] so it’s not really going to help us for tomorrow.”