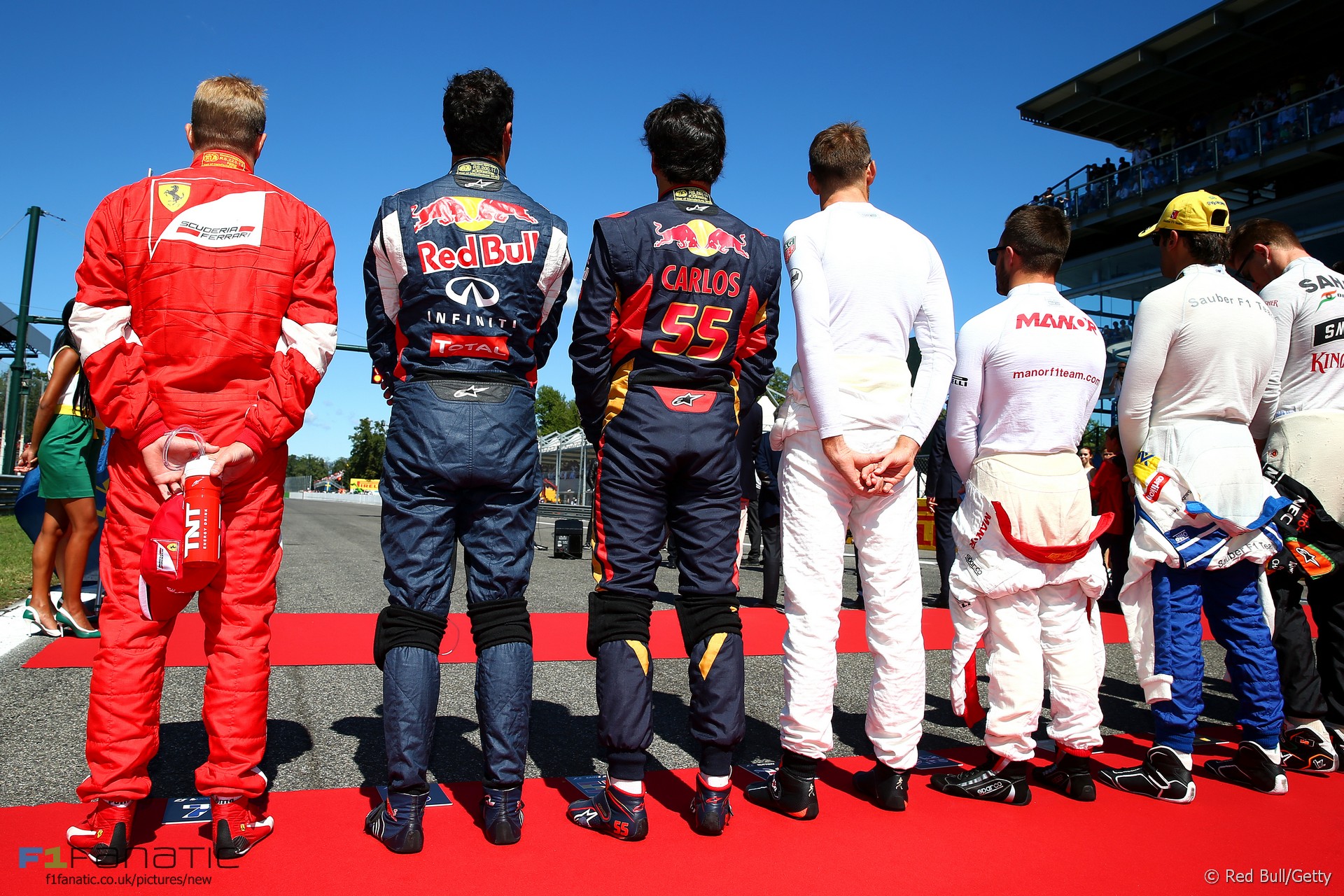 IndyCar drivers can’t get away with being critical of their championship. Two months ago the series introduced a controversial and widely derided rule banning them from making statements that “denigrate… the IndyCar brand”.

Crass regulation like this is seldom necessary in F1, whose media-trained drivers seldom stray from the PR platitudes of thanking ‘the guys in the factory’ and reciting a checklist of sponsors.

But recent events gave insight into what happens if they do veer from the script. Remarks chiefly made by Sebastian Vettel and Nico Rosberg about the high-speed tyre blow-outs they experienced at Spa-Francorchamps prompted an unprecedented PR response from Formula One Management, who publicly heaped praise on tyre supplier Pirelli while hushing up the drivers behind closed doors.

We can only imagine how that conversation went. Did any of the drivers, having been told by Bernie Ecclestone not to risk F1’s reputation by complaining about their tyres, dare to question why it was OK for him to do the same thing with his incessant criticism of F1’s engines?

Ecclestone has not kept his complaints about F1’s V6 hybrid turbo power units to himself because he knows that by making his case in public he may win the argument and shape the future of the sport.

F1 drivers, not unreasonably, would prefer to have tyres that do not blow apart at over 300kph with no warning and no prior drop-off in performance. Ecclestone’s safety is not put at risk by a muffled engine note; the same is not true for the drivers and their exploding tyres.

This isn’t a problem which has come out of the blue – and dry-weather tyres have not been the only cause for concern. “The [full] wet only has a very, very narrow window where it works,” said Vettel after Jules Bianchi’s crash at Suzuka last year, which occurred while he was on worn intermediate tyres. “With a lot of water on the track, water drainage on the [full wet] tyres is not as good as it probably should be.”

In 2013 several drivers had similar tyres failures to those seen at Spa, most of which happened at Silverstone, leading Pirelli to change its tyre construction. Vettel alluded to this when he furiously criticised Pirelli’s tyres following his penultimate-lap failure at Spa.

Despite Vettel’s obvious agitation during his now-infamous interview with the BBC* at Spa, he at least did Pirelli the favour of not mentioning them by name. “It’s the sort of theme that keeps going around,” he said, “nobody’s mentioning, but it’s unacceptable.” Clearly Ecclestone would prefer the drivers to go on not mentioning the problem, at least in public.

This is standard form whenever anything goes wrong with Pirelli’s tyres. In 2013 Rosberg had a tyre blow-out at 320kph during testing in Bahrain, which he described in a tweet which was later deleted.

Vettel’s anger drew much of the media attention after Spa but Rosberg, who had suffered a similar failure during practice, was quick to side with him. “Vettel blowing up his tyre, that’s really not acceptable,” he said, adding that either failure could have led to “the biggest shunts ever”. Even Romain Grosjean, who inherited the podium position Vettel lost at Spa, agreed that such failures should not happen.

The root cause of the failures remains a point of debate, Pirelli has blamed a combination of tyre wear and “debris”. Others have suggested the damage was caused by drivers straying beyond Spa’s poorly-enforced track limits. But whatever the cause, sparing Pirelli’s blushes has to be a secondary consideration to the priority of ensuring driver safety.

*This link will expire due to FOM broadcasting restrictions