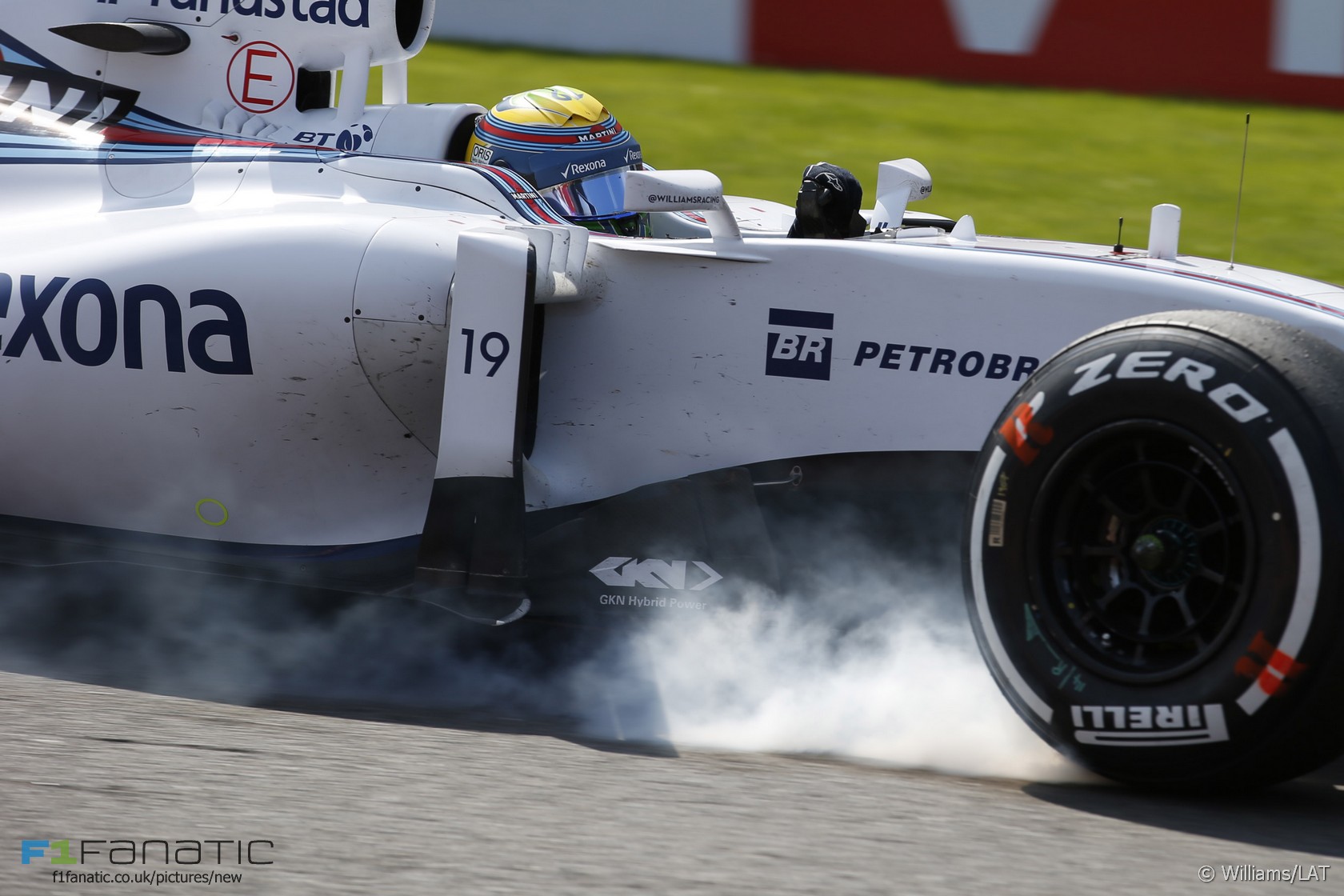 Felipe Massa believes F1 tyres should be able to cope with the levels of debris seen during the Belgian Grand Prix weekend.

F1’s official tyre supplier Pirelli has called for tracks to be cleaned more thoroughly after discovering 63 cuts on its tyres at Spa.

Daniel Ricciardo was among those who experienced problems with his tyres during the weekend. “I don’t really know the difference in the level of details – what’s a blister, what’s a cut – but we experienced some blistering,” he said during today’s press conference at Spa.

According to Ricciardo it is not unusual to see such failures at the Belgian track. “Definitely not the first time we’ve had it in Spa,” he said, “it’s pretty common around there.”

However Massa said it “shouldn’t be common” to experience tyres problems due to debris.

“I don’t believe it should be common,” said the Williams driver. “Debris we have every race. Some races we have even more debris than others.”

“So for sure the tyres need to be strong enough to accept the debris or what we have inside the track. I don’t think it’s common. And we had cut as well during the weekend.”

“We need to understand properly what happened”

Sebastian Vettel, who strongly criticised Pirelli after suffering a tyre blow-out on the penultimate lap of the race, suggested Pirelli has more work to do to get to the bottom of the failures.

“I think it is not acceptable to have a blow-up at that sort of speeds out of the blue, I think that’s what I said also after the race,” said Vettel. “So there’s nothing really to add.”

“But as I said before I think the investigations that have been going on, the stuff that obviously got analysed and talked about explains some of it, maybe not all of it yet, but it’s still ongoing. Obviously as I said the most important thing is that we make sure that we make progress. At the moment from the Pirelli side it looks very, very professional, they handle it with extreme care so I think things are going to right way.”

Vettel believes more work will done beyond any “short term” measures for this weekend.

“I think there is some short-term changes as I learned: tyre pressures, for example, which we’ll obviously see how it feels but if that’s a short-term reaction within those couple of days, week we had, that’s one thing.”

“Obviously long-term I think we need to understand properly what happened. I think it’s very clear that everybody’s trying to do what’s best.”

“I think we had a situation a couple of years ago which wasn’t acceptable and there was immediate change and we didn’t have problems afterwards. So you can see that the professional approach does work and it leads usually to the right result.”