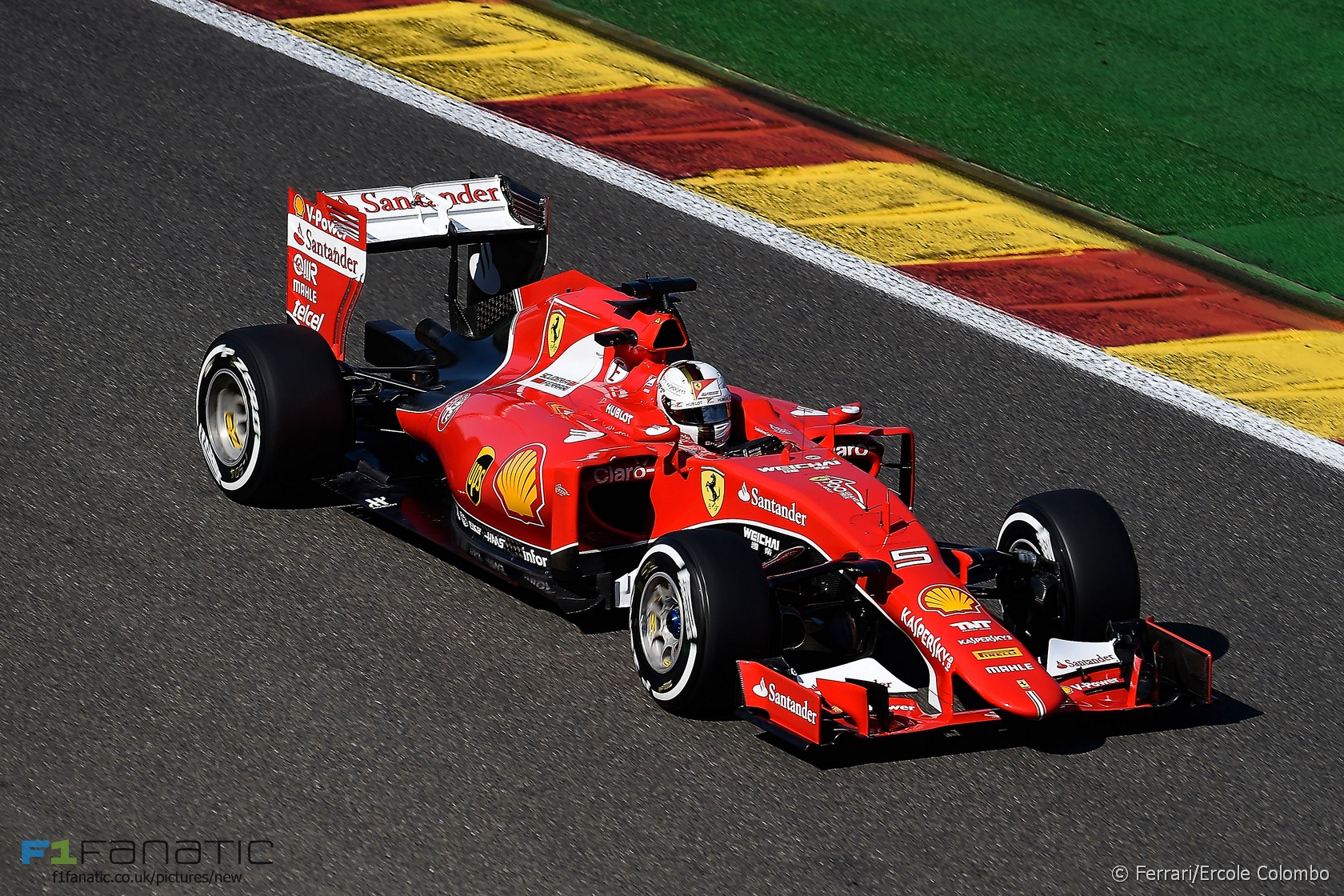 Pirelli motorsport director Paul Hembery says Sebastian Vettel’s tyre blow-out at the end of the Belgian Grand Prix was caused by high wear owing to his long stint on the rubber.

A furious Vettel said the failure, which cost him a potential podium finish, was “unacceptable”. However Hembery said the team had taken a risk by running on the tyre for so long.

“It was at the end of wear life,” Hembery told reporters after the race, “so when you do that, any tyre in the world when it gets to the end of its wear life you’re going to have a problem”.

Hembery said Pirelli were expecting most teams to run two or three stop strategies. “But [Ferrari] felt clearly that they could make it work on a one-stop.”

Vettel had done 28 laps on his set of medium tyres when the right-rear failed on the penultimate lap. “The wear life is indicated at around 40 laps but it’s an indication,” said Hembery.

“Race conditions can change that. Some factors involved in racing means sometimes that’s not a precise datum. Other teams were clearly taking a different direction.”

“If the race had been one lap less he’d have been on the podium and we’d say what a genius move,” he added, “so that’s tough.”

Hembery also denied that Vettel’s failure was similar to the one experienced by Rosberg on Friday. “Rosberg was an external cut,” he said. “This was pure wear.”