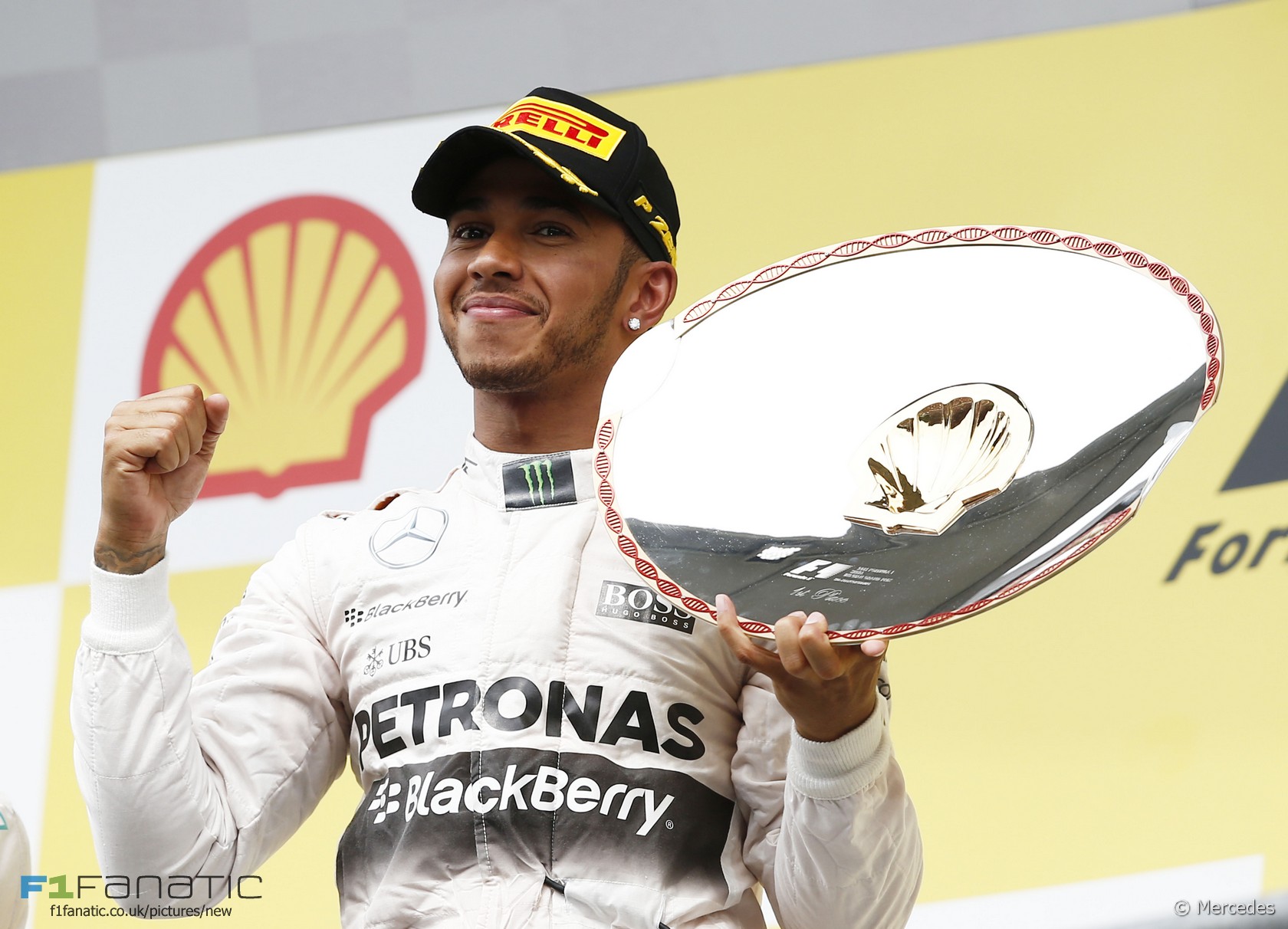 Lewis Hamilton says he isn’t especially excited to have won the FIA’s Pole Position Trophy despite his dominant performance in qualifying this year.

Hamilton won the award, which is being given for the second time this year, after taking pole position for the tenth time in the first eleven races, with eight rounds to spare.

“The pole trophy is not particularly exciting,” said Hamilton in the press conference following his victory in today’s Belgian Grand Prix, “but getting poles is definitely a great thing”.

Nico Rosberg won the trophy last year but Hamilton has turned the tables on his team mate this season. “I’m really happy with how the qualifying has gone this year,” said Hamilton.

“”It’s been a huge step for me and today the plan was to try and convert that pole position and the speed that I had in qualifying into the race. I feel like I did that and I’m sure that there will be areas to improve on which I will continue to try and work on.”

Rosberg pointed out “I never got my trophy for last year, so don’t expect a trophy coming your way for that!”