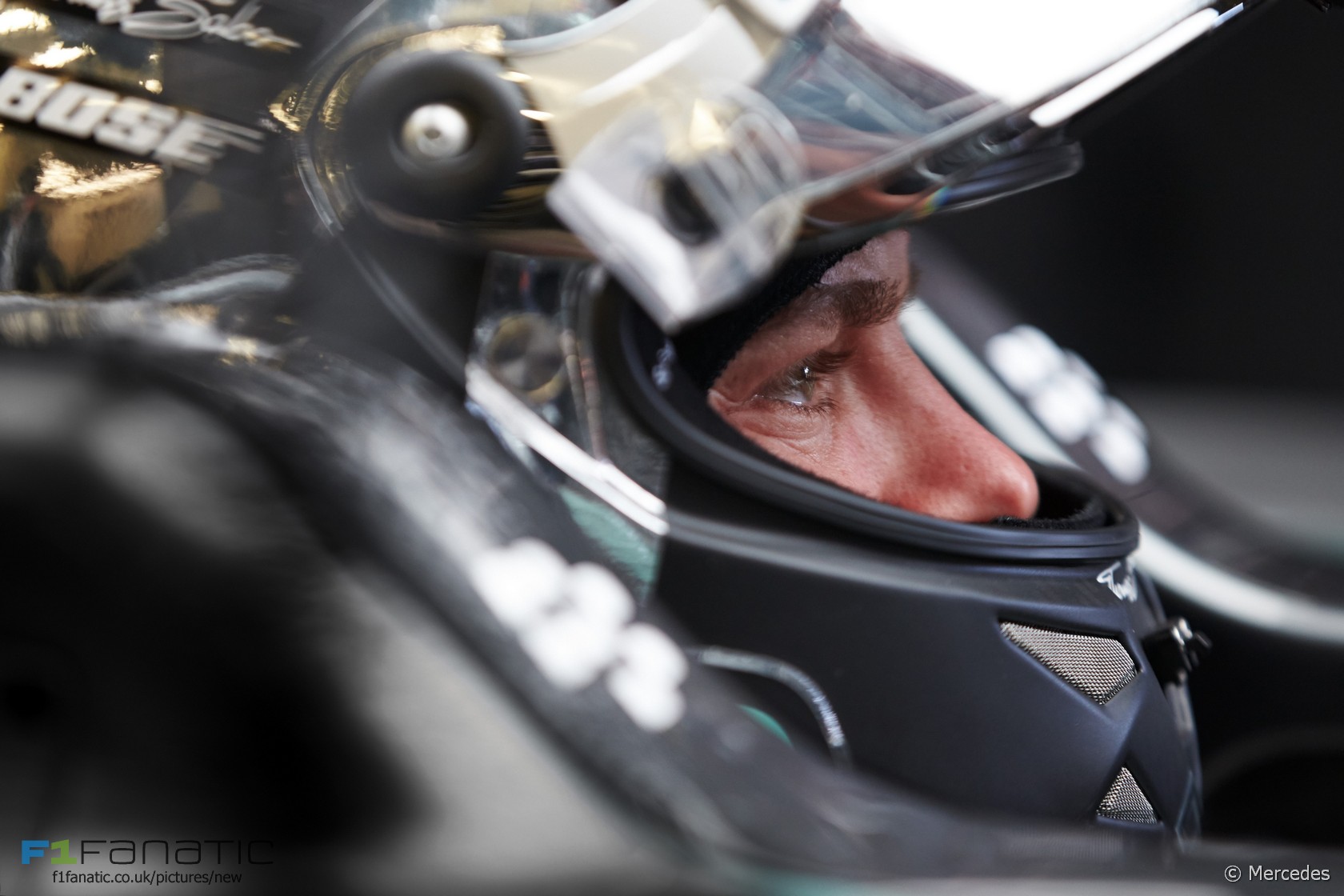 Nico Rosberg says his the cause of his dramatic tyre blow-out yesterday still isn’t fully understood.

Speaking after qualifying second for tomorrow’s race, Rosberg admitted: “The problem is that we don’t really understand it.”

“There’s theories but there’s no real evidence and so that’s a bit worrying, for sure.”

Pirelli has said there is no indication the blow-out was caused by a fault with the tyre, and believe an “external source” was responsible.

Rosberg said the team have nonetheless taken steps to prevent a repeat of the failure, which occurred at over 300kph.

“We’re keeping a very close eye on it and we’ve done some measures to make sure it doesn’t happen again,” he said. “So we’ve done the best we can and just hope that it all works out and stays together.”

Rosberg ran team mate Lewis Hamilton close in the first two parts of qualifying but was soundly beaten in the pole position shoot-out, where Hamilton had a significant advantage in the middle sector.

“I lost the bit this morning in free practice, we went the wrong way,” Rosberg explained. “And then it came back really nicely, I had a good balance in qualifying so I was happy with that, good team effort. Thanks for the, to get the balance back so I could push well.”

“And Lewis was too quick in the end, just found that little bit – or quite a lot – extra which I didn’t have in my pocket. That’s it, so of course disappointing.”

However Rosberg expects he will have a good chance to challenge Hamilton at the start of tomorrow’s race.

“With the new start situation that we’re having to do everything ourselves there’s a lot more opportunity tomorrow, even at the start. And the run down to turn five here it’s possible to overtake, we’ve seen that many times. So for sure my hopes are still high.

9 comments on “Mystery over tyre blow-out is “worrying” – Rosberg”