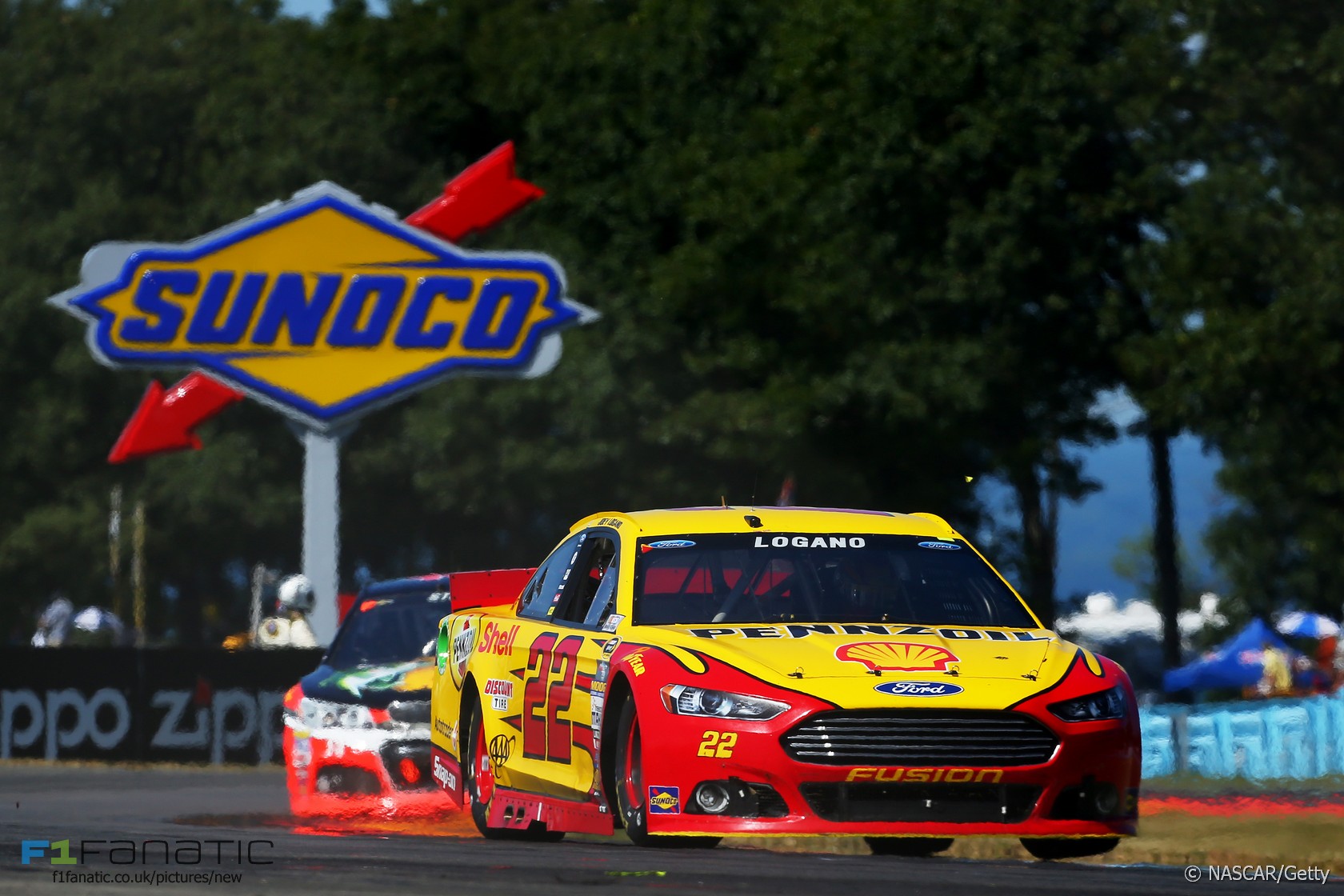 Petter Solberg failed to reach the final of a World Rallycross round for the first time since the championship was created last year. The reigning champion crashed in the semi-final during the Canadian round.

Joey Logano scored his first victory since the opening round of the NASCAR season in dramatic style after Kevin Harvick ran out of fuel as he approached the final corner. Harvick fell to third at the flag behind Kyle Busch as NASCAR made its second and final visit to a road course this year.

Davy Jeanney won his second World Rallycross event of the season, but the major talking point was the absence of reigning Champion Petter Solberg from the final, the first time such an event has occurred since the Championship began last year.

In the first semi-final Timmy Hansen started on pole alongside Solberg, but the two made contact heading to turn one, with Hansen hitting the wall and breaking his suspension. On the exit the pair made contact again, with Solberg spinning into the wall. Hansen continued with broken suspension but landed badly from a jump and took himself and Reinis Nitiss into a wall and out of the race. Solberg recovered to fourth, but it wasn’t enough to make the final.

Despite this he retains his Championship lead, as the podium was completed by Toomas Heikkinen and Tanner Foust.

The qualifying session on Saturday saw a rare occurrence, as three of the four Team BMR Volkswagens locked out the top three spots on the grid, headed by reigning Champion Colin Turkington. The three remained in the same order through the opening race, as Turkington won from Aron Smith and Jason Plato.

Fastest lap in race one gave Turkington pole for race two, and once more he drove into the distance to a comfortable win by BTCC standards ahead of a hard-fought second for Adam Morgan with Andy Priaulx third. The action happened behind however, as the series managed a weekend’s worth of drama in the opening three laps. Honda duo Matt Neal and Gordon Shedden tangled, Aron Smith and Dave Newsham also limped back to the pits, and a late lunge from Martin Depper eliminated himself and Warren Scott, and sent team mate Jeff Smith pit-ward too.

Number six was picked from the reverse grid fishbowl and promoted Jack Goff to pole position, and he seized the opportunity to grab his maiden victory. Despite having a fast-starting rear wheel drive BMW alongside, Goff nailed his start and had opened up a comfortable gap by the end of the first lap. Jason Plato was soon through into second but couldn’t reel Goff in, though the leader nearly threw victory away at the penultimate corner.

Plato now leads the championship from Turkington while Shedden – who had been leading by ten points before the weekend – left in third, 32 points adrift.

Race highlights are not yet available

Another national Formula Three championship is under threat in Australia. The Confederation of Australian Motor Sport will switch its support from F3 to the FIA’s Formula Four category next year.

Last weekend’s Australian F3 triple-header at Queensland saw Jon Collins take his tenth win out of fifteen races so far, although his consistent rival Ricky Capo is just 14 points behind in the championship.

What other motor racing action did you take in over the weekend? And what are you looking forward to next weekend? Let us know in the comments.