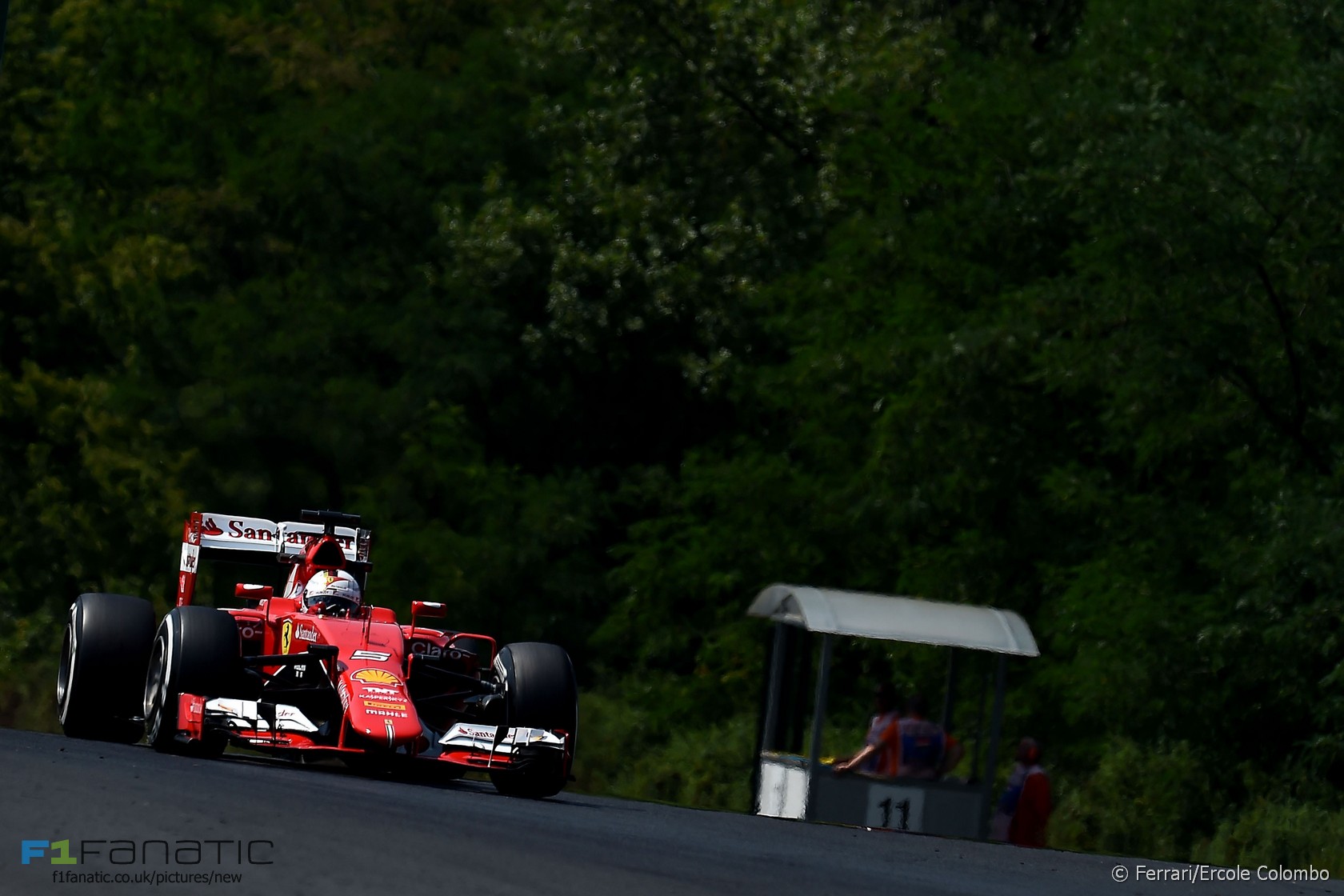 Sebastian Vettel won the Hungarian Grand Prix for the first time as both Mercedes drivers slipped up in an incident-filled race.

Ferrari could have had a one-two finish had Kimi Raikkonen not suffered an MGU-K failure which ultimately led to his retirement. The two red cars hit the front at the start, passing the Mercedes drivers, while pole-sitter Hamilton went off and slipped to tenth place.

Nico Rosberg pursued the Ferraris for much of the race, but a late tangle with Daniel Ricciardo dropped him to eighth at the flag. Ricciardo salvaged the final podium position behind team mate Daniil Kvyat.

Ricciardo was hit by the other Mercedes earlier in the race. Despite stopping for a new front wing and receive a drive-through penalty, Hamilton was able to increase his points lead by coming home second behind Max Verstappen at Fernando Alonso. He passed Romain Grosjean with two laps to go, leaving the Lotus driver to finish seventh.

Jenson Button and Marcus Ericsson completed the points scorers. Both Williams drivers finished outside the points after penalties, and neither Force India scored either, after Nico Hulkenberg crashed out when his front wing collapsed.