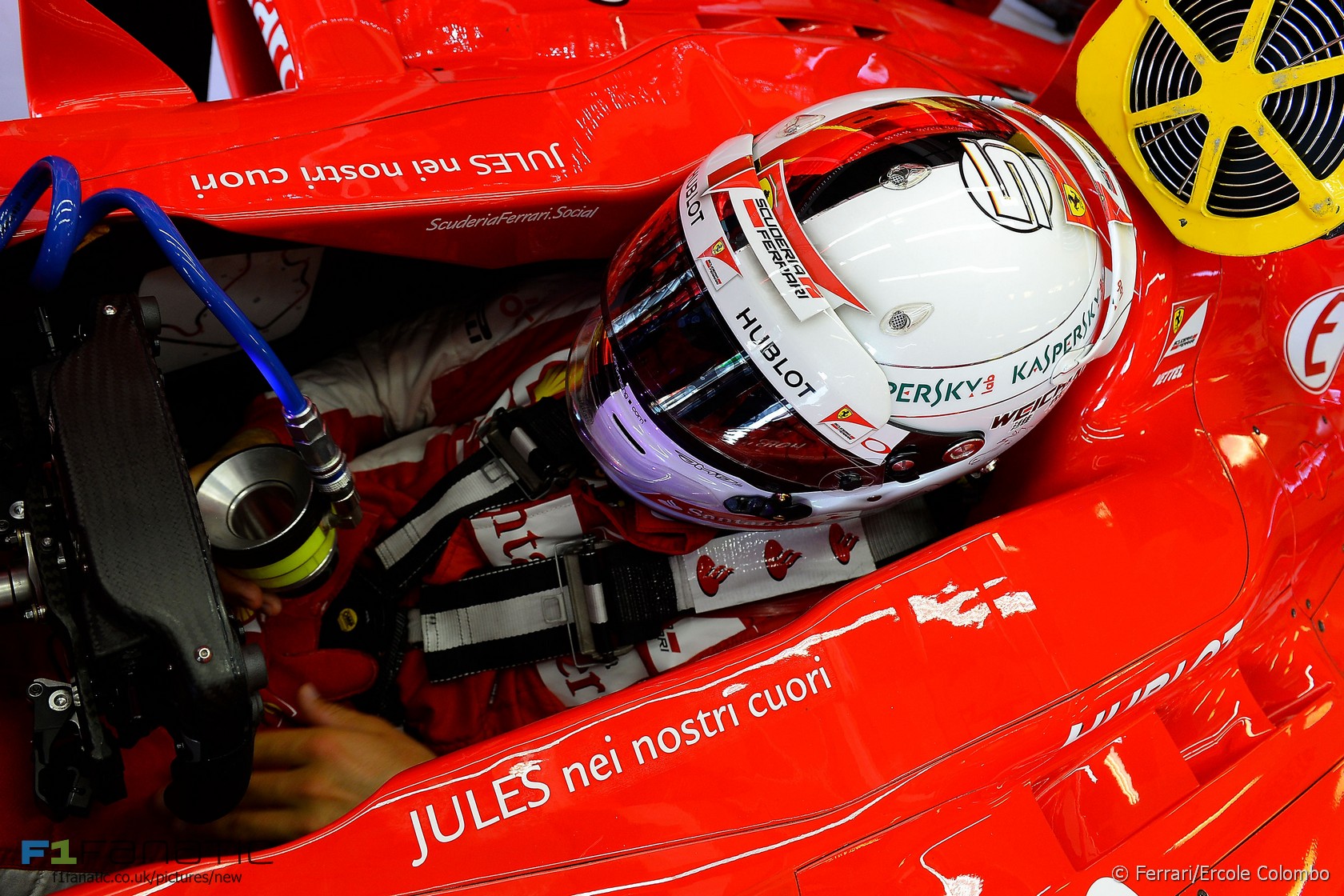 Hungarian Grand Prix winner Sebastian Vettel and the two Red Bull drivers paid tribute to Jules Bianchi on the podium after the race.

Vettel dedicated Ferrari’s second win of the season to Bianchi, one of the team’s development drivers, who passed away last week following the injuries he suffered in Japan last year.

“An incredible day but I think this victory is for Jules,” said Vettel. “We know that it has been an incredibly tough week and it’s I think for all of us very, very difficult.”

“So this one is for him and especially all the people in the Ferrari, all the Ferrari fans, we knew that sooner or later he would have been part of our team, part of this family.”

Daniil Kvyat, who earned the first podium finish of his career with second place, said “this podium it goes first of all to Jules Bianchi and to his family.”

“We lost a great guy, a great driver. All my thoughts are with him right now but first podium is a great achievement and it feels great.”

“It’s been a very tough year, race, everything,” he added. “but I think as a team we all deserve this podium very much. I thank my team very much for this podium.”

Kvyat’s team mate Daniel Ricciardo, who took third place and his first podium finish of the season, said he owed the result to Bianchi.

“We were resilient today,” he said. “I left it all on the track. I put my heart into everything today and I think that’s the way Jules would have wanted it so I owe that race to him and I’m very grateful to be on the podium.”

“It feels like a victory, it’s been a long time, a long season for me so I feel that I gained some strength today, I owe this one to him.”