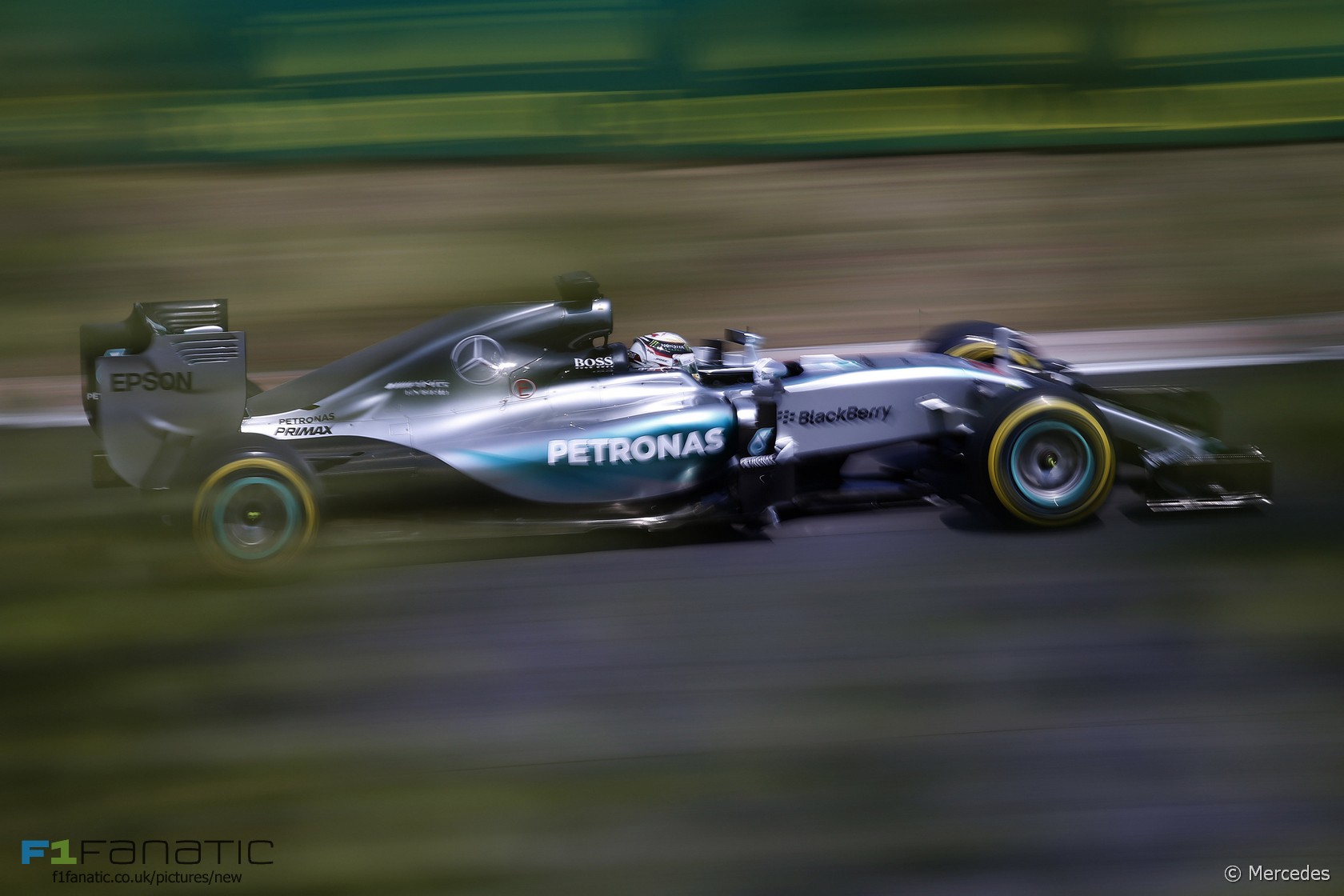 Lewis Hamilton said the Hungarian Grand Prix was “one of the worst races I think I’ve had” and accepted the blame for his collision with Daniel Ricciardo.

Hamilton qualified on pole position but was immediately passed by both Ferraris and his team mate when the race began.

“My start wasn’t ideal and the Ferraris were really quick off the line,” he said, “so suddenly I was under attack from both sides.”

“It was tight with Nico [Rosberg] later in the lap where I locked up and went off.”

Hamilton was particularly vexed about the incident with Rosberg during the race, telling his team Rosberg “crossed over my line” and “pushed me wide”.

Having fallen as low as tenth, Hamilton was running in the top five later in the race when he hit Ricciardo after the race was restarted.

“It wasn’t deliberate but it was my fault,” Hamilton admitted. “He took a tight line around the outside and I just lost grip, ran out of road and understeered into him.”

“That meant a drive-through which dropped me right back again after all that work to make it back through.”

That dropped Hamilton out of the points, though he eventually recovered to finish sixth. “From there I just had to tell myself to calm down and not give up so I could fight back for some points. You could see in that phase that the pace of the car was really strong and the pace was really there all weekend.”

“I just made too many mistakes today. In the end, it’s damage limitation in terms of points for the championship so I just need to take the positives into the summer and bounce back in Spa.”

Although Sebastian Vettel was able to win the race comfortably, Hamilton said his car “clearly had the pace – I just had a very bad day at the office.”

“It was one of the worst races I think I’ve had and I don’t really have any explanation for it at the moment,” he added. “All I can do is apologise to the team and work hard to make amends at the next race.”

47 comments on “Hamilton rues ‘one of my worst races’”