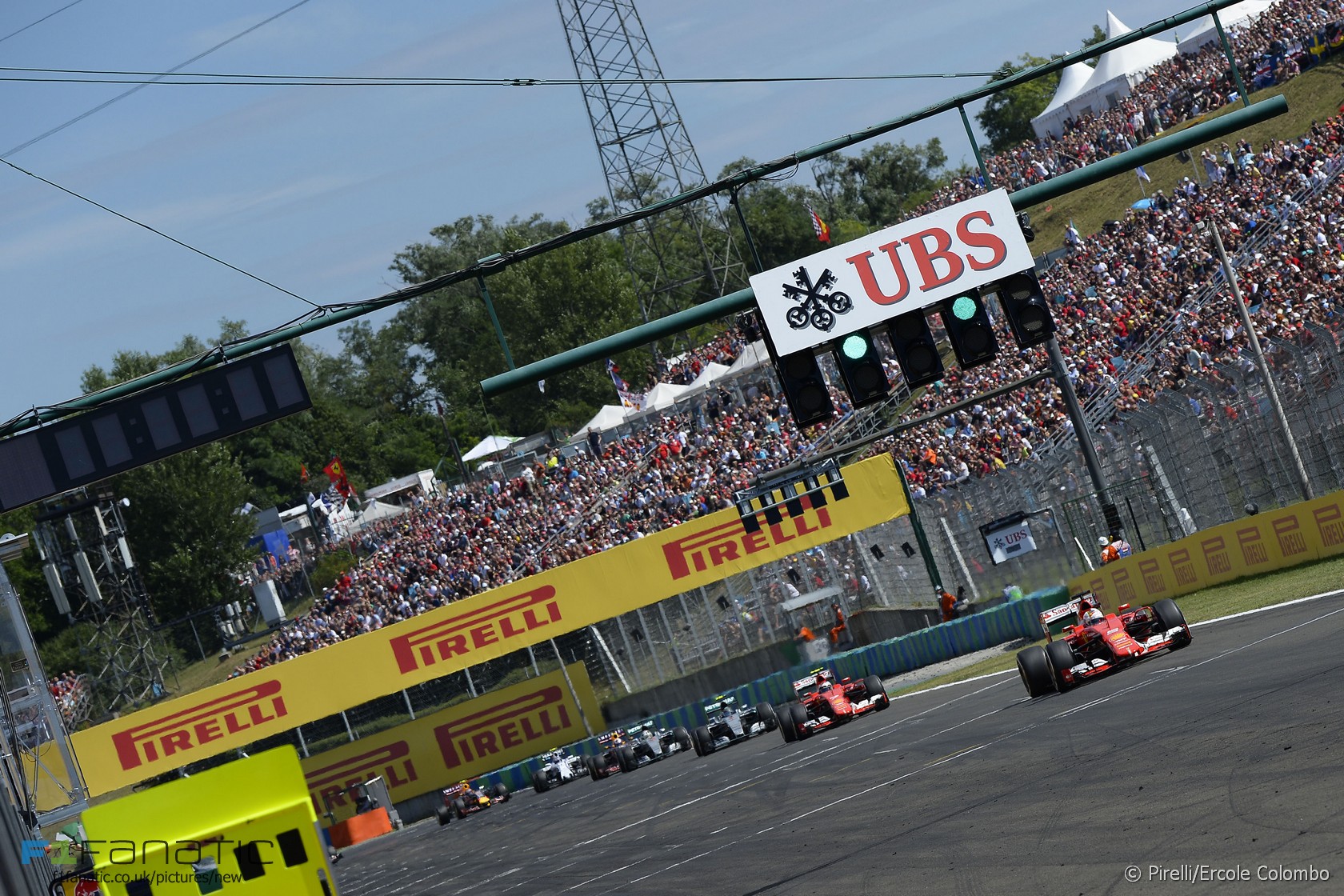 Ferrari were able to win the Hungarian Grand Prix because the rapid starts made by Sebastian Vettel and Kimi Raikkonen allowed them to make the most of their car’s pace on soft tyres.

Team principal Maurizio Arrivabene said the team had endured a “horrible” Friday at the Hungaroring but were in better shape after Saturday. “But still we didn’t know we could win the race,” he said. “We were only confident that we could fight at the front.”

That all changed when Vettel and Raikkonen took full advantage of starting on the clean side of the track to pass both Mercedes drivers around the opening corners.

“Both Seb and Kimi had a tremendous start,” said Arrivabene, “and being able to drive in clean air surely made a difference in terms of tyre management, as we knew the first two sets of [softs] would perform very well.”

Sure enough, Nico Rosberg had no answer for their pace at this point in the race, and with Lewis Hamilton mired back in the pack Vettel was able to stretch his legs at the front. By lap 17 he was leading Raikkonen by almost three seconds and Rosberg was another seven seconds back.

With Rosberg switching to medium tyres for his middle stint, Vettel pulled away at an en quicker rate. At the half-way point in the race Rosberg was 22 seconds behind. Even with his final soft-tyre stint to come, and even allowing for Ferrari being weaker on the medium tyres, this was a very strong showing by Ferrari. Had it not been for Raikkonen’s mid-race MGU-K failure, they had a strong chance of taking their first one-two finish for five years.