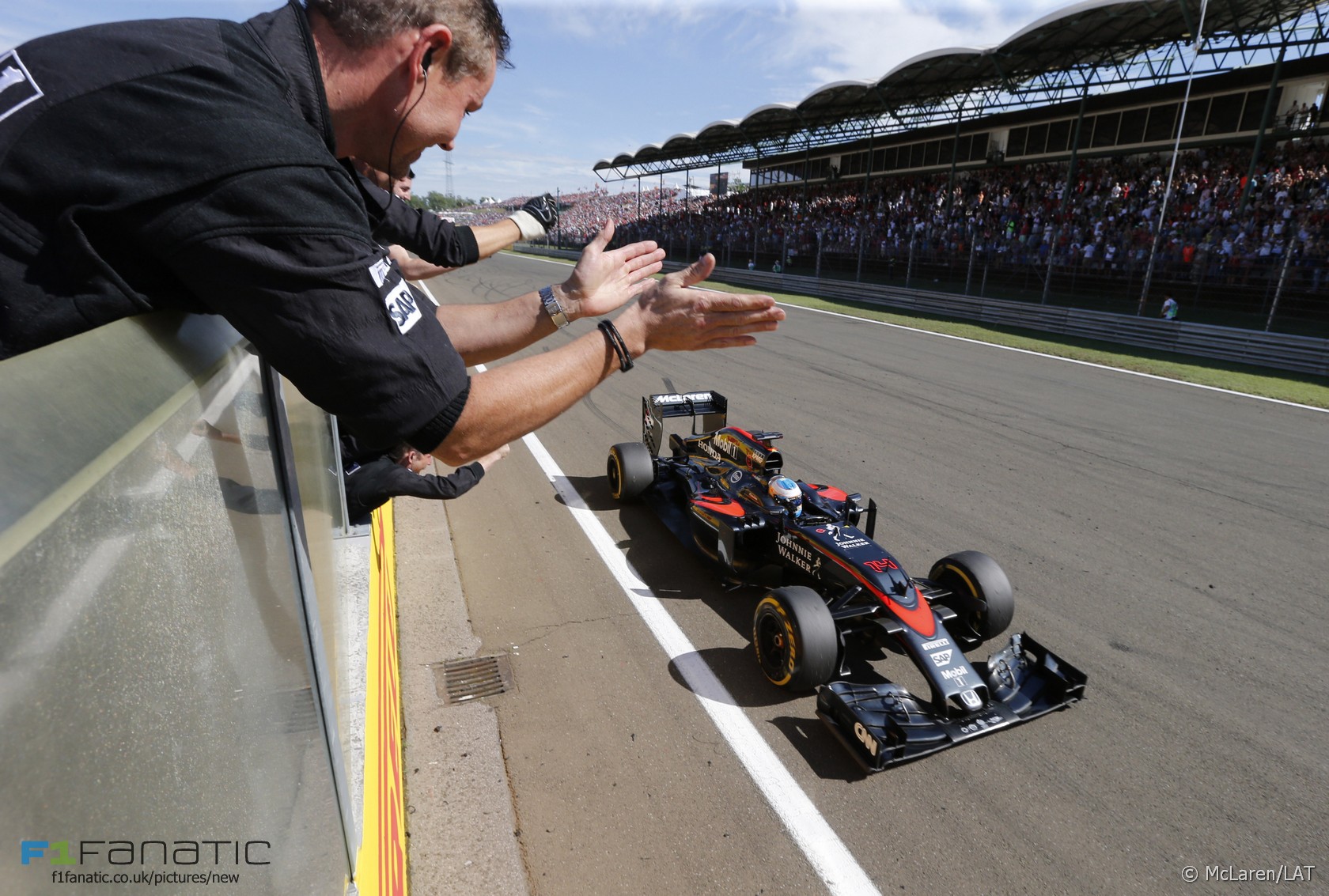 Pitting for soft tyres under the Safety Car helped Fernando Alonso take the team’s best result of the season so far with fifth – but Jenson Button rued not doing the same.

Alonso was running ninth, two places ahead of his team mate when the Safety Car came out following Nico Hulkenberg’s crash. McLaren opted to bring Alonso’s car in for a set of softs while leaving Button out.

“Fitting the [soft] tyre for the final stint was the right decision for him,” Button reflected afterwards. “I didn’t stop for tyres under the Safety Car whereas pretty much everyone around me did.”

“That decision made it very difficult for me, because my used [mediums] were pretty old by the end of the race, and there were plenty of faster cars around me running fresher [softs].”

Within moments of the restart Alonso had passed Button and was on his way to fifth place. Button also finished in the points, but could only manage ninth after being passed by Nico Rosberg with three laps to go.