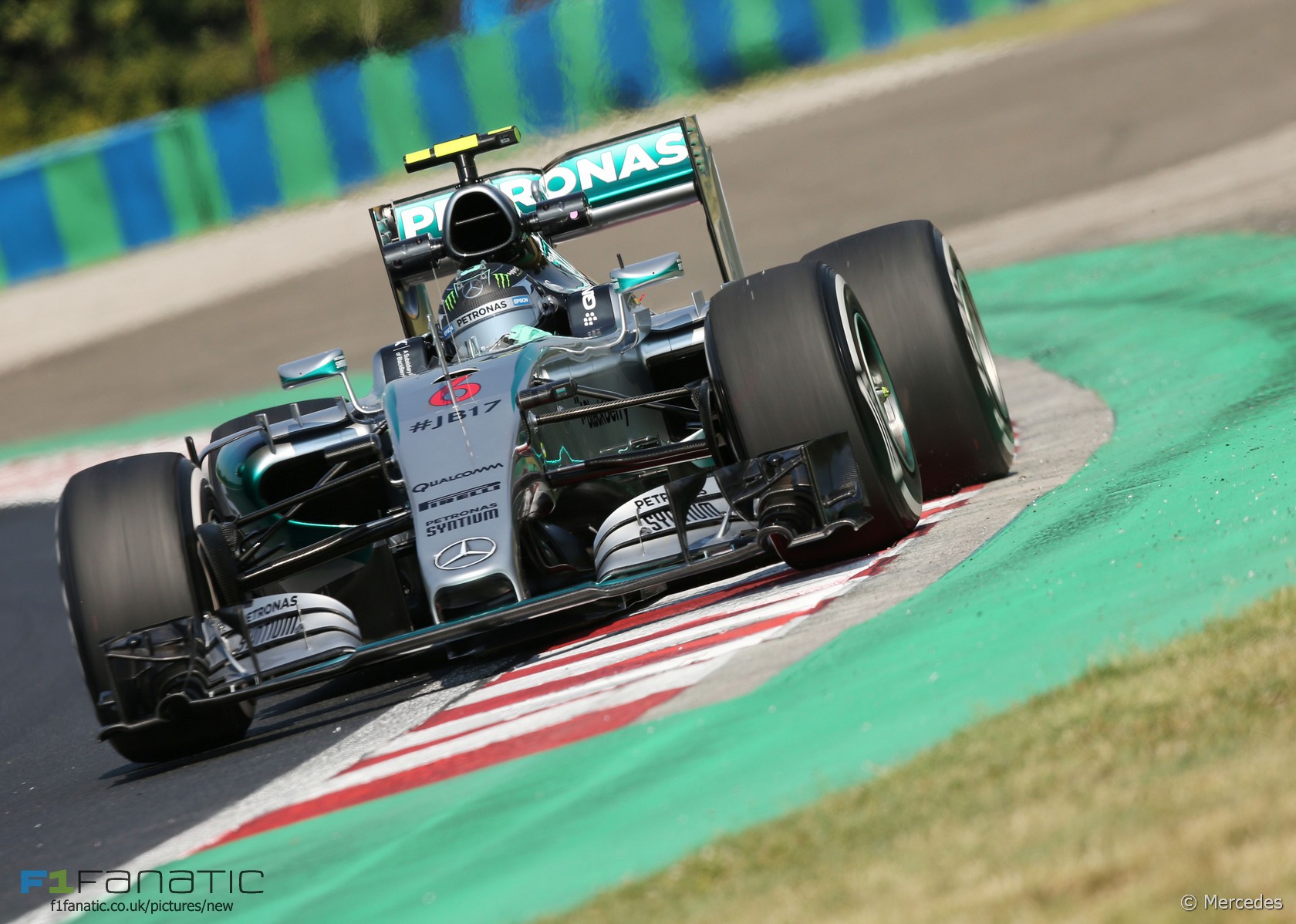 Nico Rosberg was frustrated at being beaten to pole position by his team mate after grappling with understeer throughout qualifying.

“I don’t have an explanation,” Rosberg said after qualifying.

“Qualifying went pretty much to plan, everything, but just didn’t find the pace. And it’s been a bit up and down all weekend for some unexplained reasons. So just need to look into tonight. Definitely not happy with the way it went tonight.”

Radio messages during qualifying revealed the difficulties Rosberg experienced trying to cure a persistent handling problem. After his first run in Q1 Rosberg reported “big understeer” on his car. “Something wrong with the balance,” he added in an exchange with his race engineer.

“Just get into the data, something wrong, too much understeer, look in the settings and everything,” he repeated.

Following his next run Rosberg reported his balance was “much better” but that there was “still understeer, though”.

“So keep checking if we’re in the wrong place on the aero balance or something, yeah?”

“Very strange, I don’t understand,” he continued. “So keep checking, something is wrong, big understeer. And it’s come back now, it’s got more now, so much more than before and we’ve done everything to reduce understeer”.

His race engineer suggested increasing his front tyre pressure. Following his run in Q2 Rosberg again reported his understeer had improved but was still a problem.

Again he urged his team to keep looking into the problem. “Keep trying to figure out what we’re doing wrong if maybe going down on the pressures is the wrong direction or something and it’s counter-productive. So get some help on that, try and understand it.”

He ended the session second on the grid but over half a second off team mate Lewis Hamilton.

10 comments on “Rosberg “definitely not happy” after qualifying”