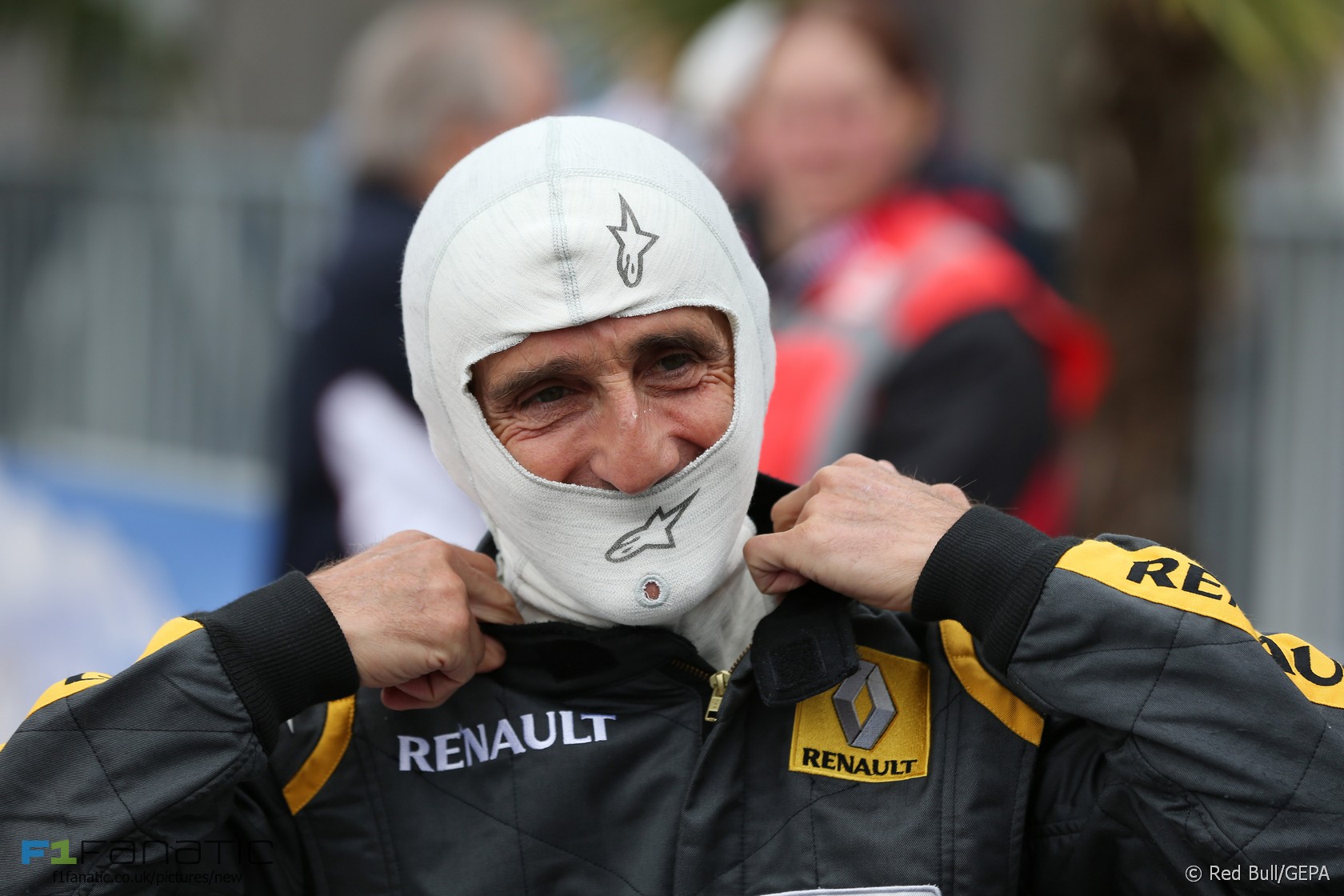 In the round-up: Alain Prost admits Renault has not yet ruled out the possibility of leaving F1.

Renault could still pull out of F1 - Prost (Motorsport)

"We’re looking at all the solutions... although there are probably just two! Or three, if you consider leaving as an option."

Russian GP not under threat (F1i)

"Amid financial uncertainty in the region, acting governor Veniamin Kondratiev told local media last week the race is depending on the funding coming through."

Pastor Maldonado: "I think my first half report card would say good things for effort, but the results didn’t come. Certainly I believe we’ll get better finishes in the second half of the season."

"Detailed analysis of (Hulkenberg's) on track performance data by the engineers, which Williams management will be studying now, as all the teams do, shows that while he has his moments of magic, he’s not at the level of a Bottas or a Ricciardo."

"If you win GP2 or World Series Renault it doesn't mean you will drive in Formula 1 next season so you always have to have a manufacturer behind you and that has been the case with Mercedes and myself."

"Formula One great Juan Manuel Fangio's body will be exhumed as planned in a paternity case despite a suspension order made in the name of a rival claim, Argentine media reported on Thursday."

"I'm selling them because I don't really know what to do with them - I certainly don't have time to run them."

@Velocityboy doesn’t buy the claim that F1 drivers are afraid of being misinterpreted when they give quotes to the media:

If anyone has seen Valentino Rossi interviewed they’d find those statements hard to believe. His personality always comes out in interviews and he has often spoken his mind. If F1 drivers are holding back I doubt it has anything to do with their regularly being misrepresented in the media.

Jim Clark won the Dutch Grand Prix 50 years ago today – his fifth triumph in the first six races of the year.