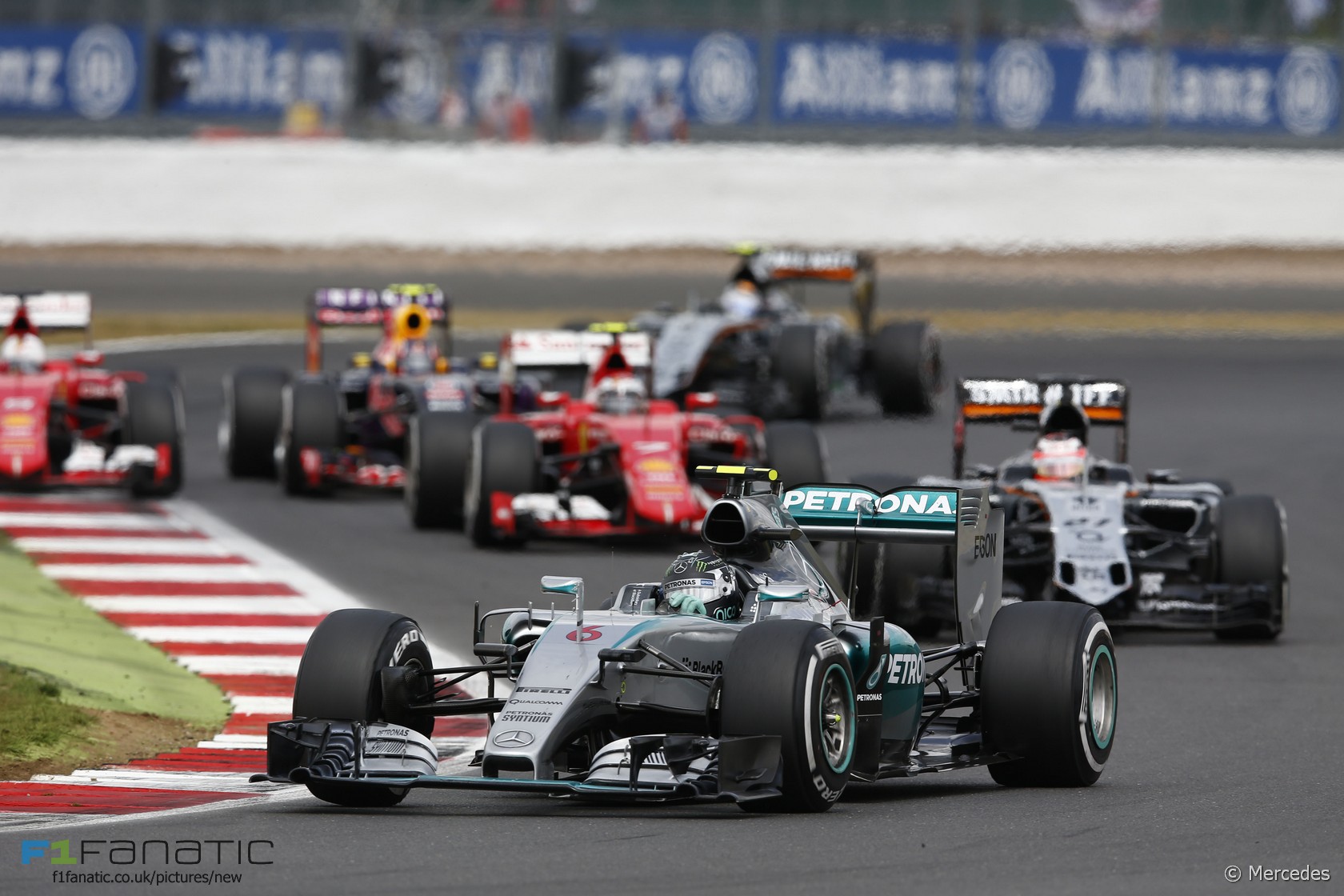 Silverstone was the tonic F1 badly needed. The race didn’t disappoint and, just as importantly, the widely-anticipated large crowd turned up to see it.

That granted Formula One some respite from the criticism it endured following a series of unspectacular events which had focused attention on the sport’s shortcomings during the buil-dup to the race.

On Wednesday the results of a survey of over 200,000 fans, run by the Grand Prix Drivers’ Association, identified serious dissatisfaction with the level of competitiveness between the teams. However it also found fans “believe that the championship structure and grand prix weekends are well formatted with few changes required”.

With impeccable comic timing, two days later the Strategy Group proudly declared that “several exciting and innovative changes to the qualifying and race weekend formats have also been discussed and are being evaluated by FIA and FOM for a 2016 introduction”.

One could not ask for a plainer illustration of the fact that those running the show are wasting time trying fix things that aren’t broken.

Come Sunday evening, some viewed the vast and mostly contended crowd which departed Silvestone and took it as a sign that all is well with F1 after all. But less than 24 hours after the chequered flag fell in Northamptonshire, reality bit hard.

Lotus F1 Team Limited appeared on the daily cause list of Companies Court: a winding-up petition had been brought against the team due to unpaid debts. They are presently labouring under a two-week deadline to reach a settlement.

This was a reminder of the root cause of many of F1’s woes at present, one which the Strategy Group appears determined to ignore. While court action has thrust Lotus’s problems into view, much of the financial iceberg F1 is drifting towards remains hidden below water. Last week Max Mosley claimed six of F1’s ten constructors are in danger; at Silverstone Vijay Mallya talked about teams asking each other “are you going to be around next year?”; employees at some teams wait anxiously each month to see if their pay cheques arrive.

The latest raft of proposed changes from the Strategy Group almost entirely overlooked the precarious financial situation most teams are in. Besides a fleeting indication that the “cost of supply” of F1’s power units would be considered, it did not figure at all. This is not to say the Strategy Group’s latest suggestions were entirely without merit. Indeed, this was a decent effort from the body which signed off such nonsense as double points (dropped after one season) and standings restarts (which thankfully never happened).

Some of the better suggestions amount to correcting past mistakes, such as the narrowing of cars in 1998 and the periodic reduction in rear wheel width. Rectifying that could improve aesthetics and performance.

The plan to reintroduce refuelling was also quietly dropped, which may disappoint the 60% of respondents to the GPDA survey who appeared to believe it enhanced rather than diminished F1 racing, a view which teams correctly pointed out is disproved by empirical evidence. That serves as a valuable reminder that doing what’s best and doing what’s popular isn’t always the same thing.

But cosmetic tweaks will not be enough to dispel the F1 malaise’. Nor will complaining about the ‘negative media’. As Mallya correctly observed, “if the stability of all participants in Formula One is addressed as a matter of priority, we will have more exciting racing and we will get a lot more positive media.” It is now beyond all doubt that the major stakeholders in the Strategy Group do not consider it in their interests to do this.

Perhaps the best hope – and it seems a naively optimistic one – is that those looking to purchase CVC’s share of Formula One have a vision for its future which involves raising revenues by growing the sport, instead of sacrificing its long-term health for short-term profit.