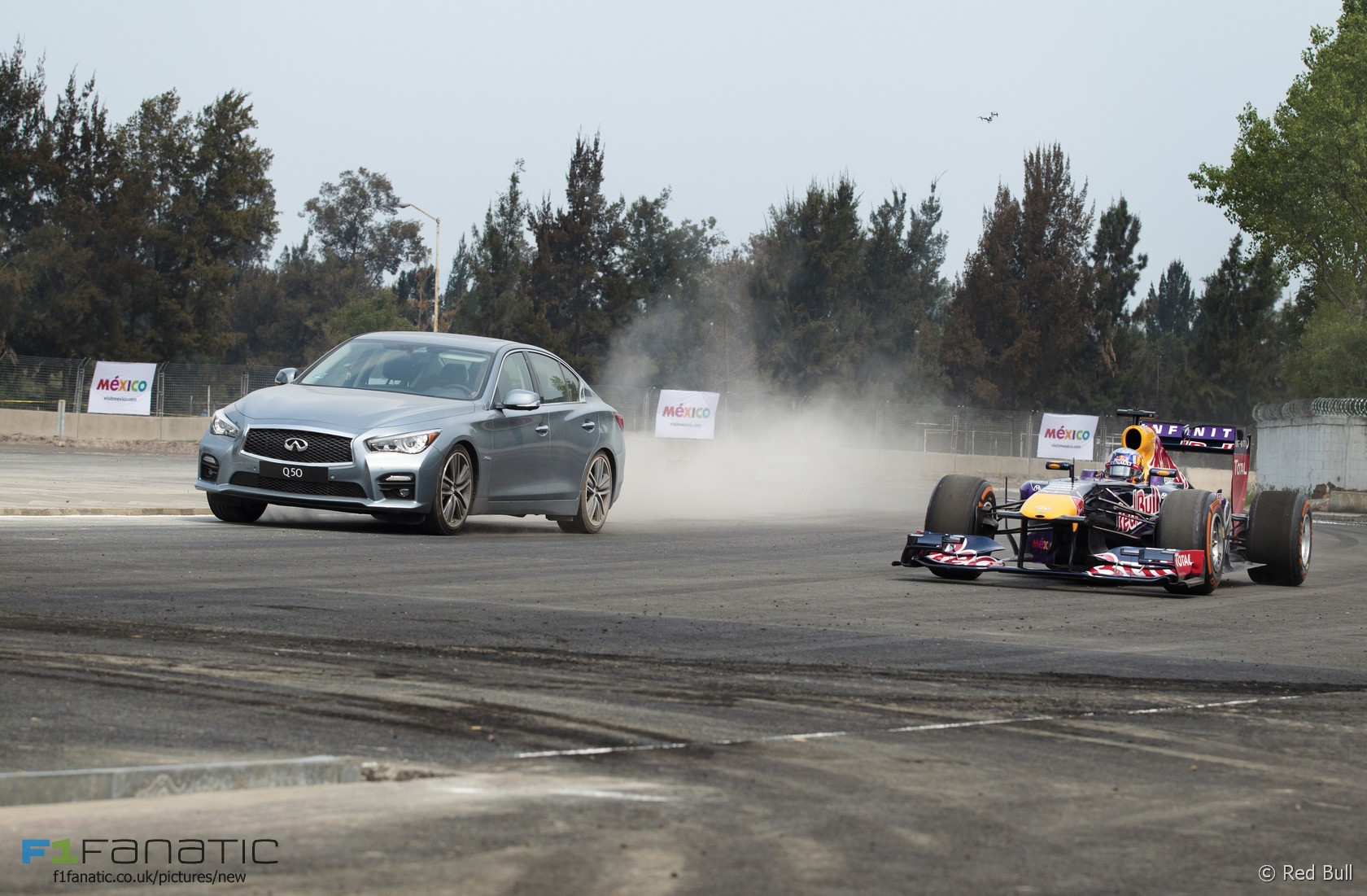 Red Bull has become the first F1 team to run a car on the remodelled Autodromo Hermanos Rodriguez which will hold the Mexican Grand Prix in November.

Daniel Ricciardo and Carlos Sainz Jnr drove a road car and a Red Bull show car around the track, the surface of which is still being laid.

“I really like the stadium section,” said Ricciardo after the run, “never really raced in anything like that, so that’s unique.”

“There’s some similarities throughout the place in terms of other circuits,” he added. “There’s some parts going through the park that’s a bit like Monza, especially the long straight. And then a little bit like [former F1 venue] Korea I feel a little bit of the circuit towards the back there.”

Ricciardo added the fast sequence of corners leading towards the stadium section “looks really cool – looking forward to that part in the F1 car”.

“It’s nice to go back on a track that many of my heroes dove on back in the eighties and nineties,” he added. “It’s going to be a little bit different but already going through the last corner, the old part of the track and a few areas like this, it’s pretty special, but I guess a lot’s changed as well.”

Mexico is making its return to the world championship calendar this year following a 23-year absence. According to the race organisers work on the new pit building is 80% complete and they expect to have the circuit ready by the beginning of September in time for homologation by the FIA.