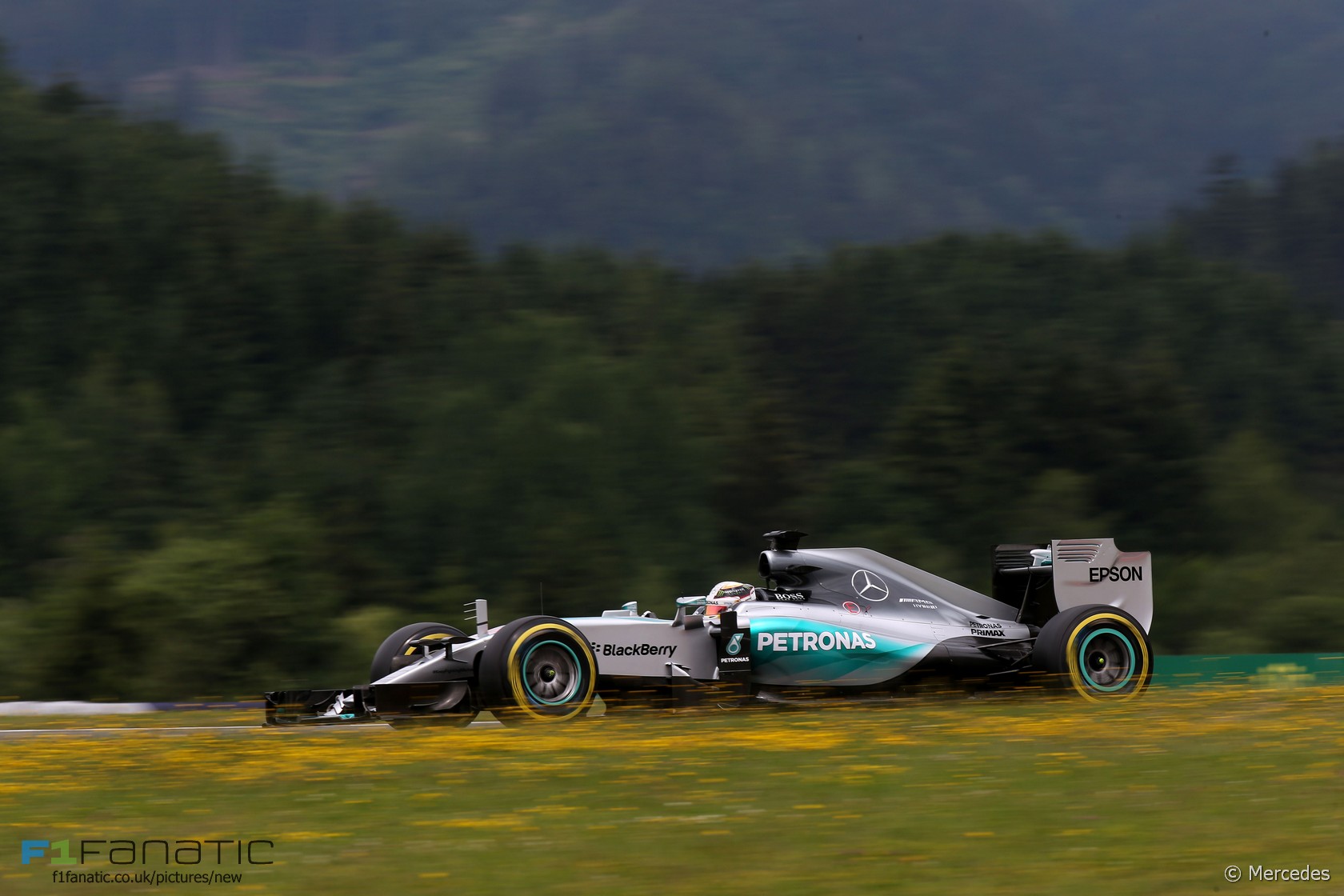 Lewis Hamilton’s best chance to reclaim the lead he lost to Nico Rosberg during the Austrian Grand Prix came when they made their single pit stops during the middle of the race.

But Hamilton was disappointed when he returned to the track after his pit stop and saw Rosberg was even further up the road.

“How did he get so far ahead?” questioned Hamilton on the radio. “That tyre’s faster, mate, straight out of the box,” race engineer Peter Bonnington answered.

This is the familiar phenomenon of the ‘undercut’ where the first driver onto a fresher set of tyres gets a performance advantage. Given that, Hamilton was also surprised to have been left out for an extra lap after Rosberg’s pit stop.

“What’s the reason you didn’t pit me?,” Hamilton asked next. Bonnington’s reply was that Felipe Massa was “trafficking Nico but boxed just before he caught him”.

The race chart below sheds more light on the situation. Rosberg had come out of the pits behind Massa’s third-placed Williams and would have caught him, potentially losing time. It therefore made sense to keep Hamilton out.

But Massa headed for the pits on the very next lap – as he did so, Rosberg reached the finishing line first, and so he did not officially spend a lap behind the Williams. The upshot was Hamilton, who had reduced Rosberg’s lead from four seconds to less than three before they pitted, was over four-and-a-half seconds behind after they pitted.

Hamilton hasn’t had much luck when trying to ‘overcut’ Rosberg in the past. The team tried to do the same in Brazil last year but Hamilton spun on his in-lap and, like to day, had to settle for second.

However on this occasion it may not have made a difference: Hamilton crossed the pit lane exit line as he returned to the pits, earning a five-second time penalty. Even if he had left the pits in front of Rosberg, he would have had to pull five seconds clear of his team mate in order to win the race.