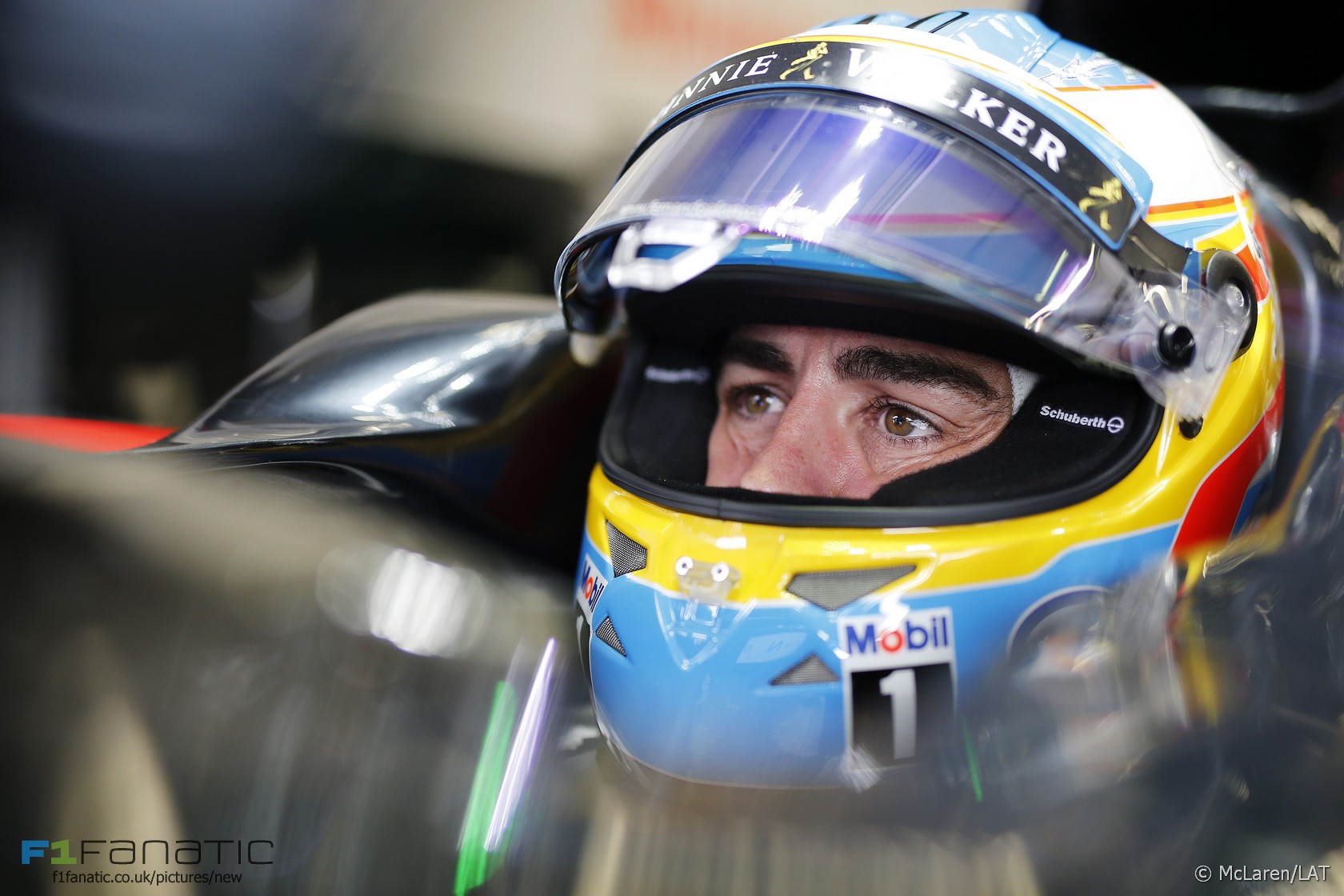 The two drivers were eliminated on the first lap of the race after colliding as they accelerated away from turn two. Speaking to reporters after the race Alonso said Raikkonen had lost control of his Ferrari on his own.

“I start very good today,” Alonso explained, “I make a lot of places in turn one, turn two – I was 14th or something at that point.”

“Kimi was with the prime [soft] tyre, he exit turn two with a lot of wheelspin so the car was moving. And we were all overtaking him left and right.”

“And at one point he lost the car to the left. I was on the left, so we went both on the wall and I was lucky to don’t hit him on the head because looking at the replay I was obviously braking but my wheels were in the air. So I was close with him but luckily we are both fine.

“It was strange. I was in the wrong place. It was a very strange incident because he lost the car in fifth gear, something like that. It’s strange, very low grip.”

The stewards are investigating the collision between the pair.