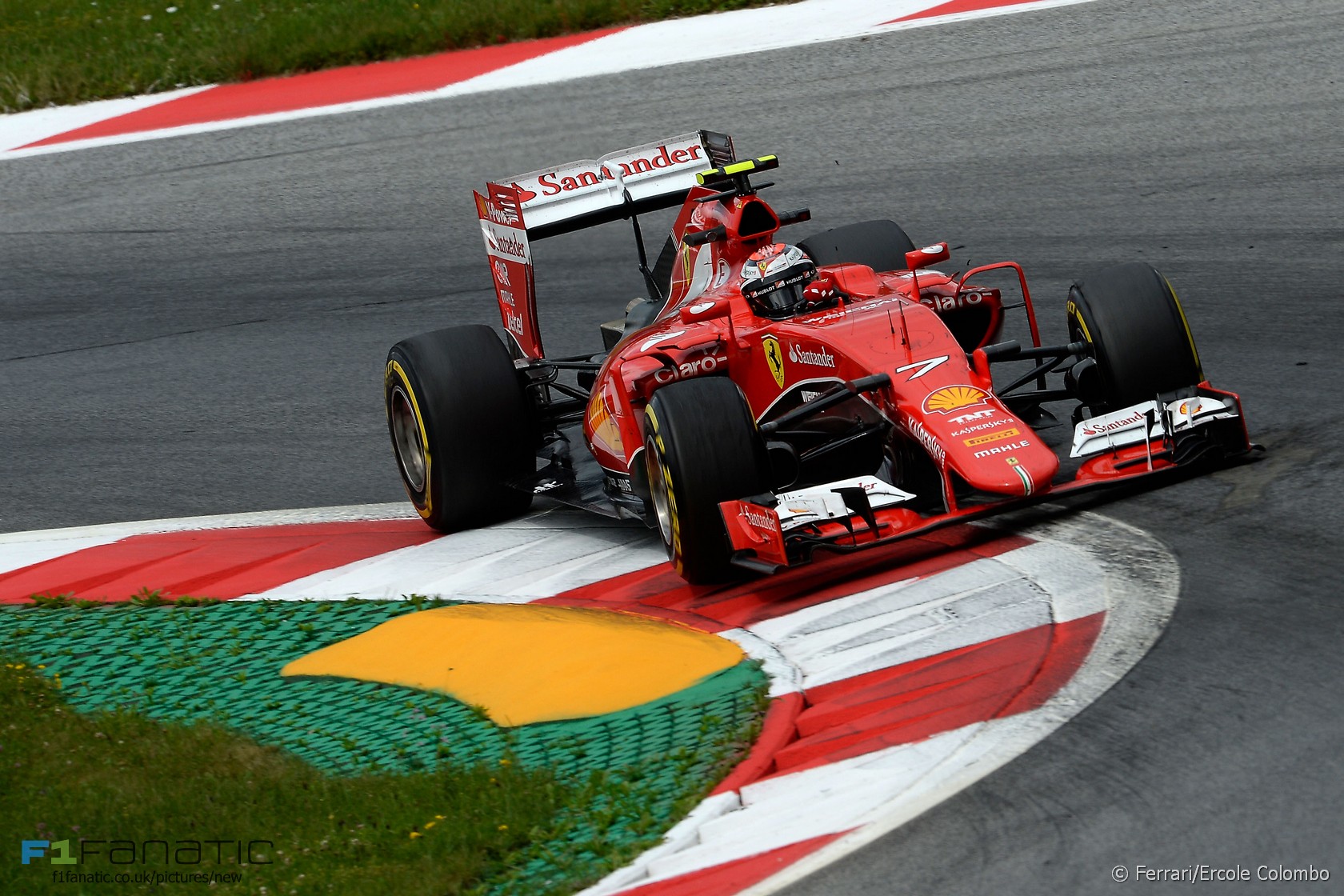 [interactivecharts]Kimi Raikkonen and Sergio Perez were the major victims of a rain-hit start to qualifying in Austria.

Both drivers had to look on as their team mates progress not only into Q2, but went on to qualifying the in the top five of the grid. Why did Raikkonen and Perez fall while Sebastian Vettel, Nico Hulkenberg and others progressed?

Raikkonen used some characteristically choice words on the radio when told he’d been bumped out of qualifying. He had good reason to be surprised – only the two Manor drivers were slower.

Raikkonen revealed afterwards he was supposed to do three timed laps at the end of the session, but he wasn’t able to get them all in. Vettel was in a similar situation – he only got two quick laps in at the end of Q1, but his were significantly quicker than Raikkonen’s. Vettel’s first lap was half a second quicker than Raikkonen’s second attempt, despite the fact the track was in better shape by then.

But this wasn’t just a case of Raikkonen struggling to get the best out of the car in tricky conditions. Traffic was a factor as well, as Sergio Perez explained:

“I found myself right behind Fernando [Alonso] and I spent the whole lap behind him. I couldn’t get any closer as I would have lost all my downforce, and I had Kimi behind me so I couldn’t drop back.”

“It made it very difficult for me and in the end I was less than a tenth off the time I needed to make Q2.” And who was one-tenth of a second faster and took the last place in Q2? Alonso…

With the track ‘ramping up’ rapidly, offering more grip with every passing minute, the last drivers across the finishing line before the chequered flag appeared were in the best position to take advantage.

Another driver who got the raw end of that deal with Jenson Button. “I was one of the first to cross the finish line in Q1,” he explained, “so everyone had a bit more time to improve while the circuit was drying.”

The graph below shows each driver’s quickest time (in seconds) as each minute passed during Q1.

The graph below shows each driver’s overall position as each minute passed during Q1.