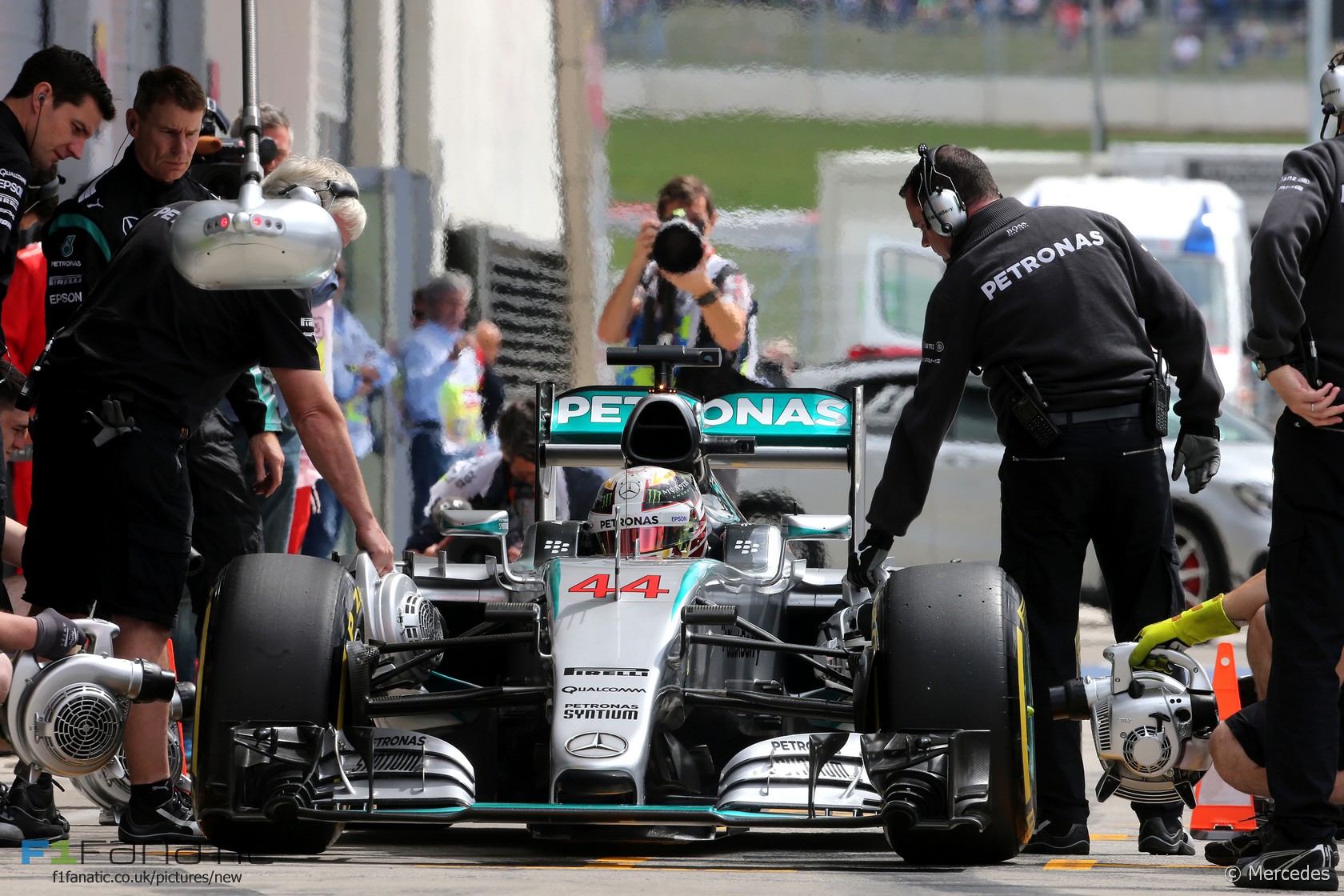 Lewis Hamilton admitted he was worried he would lose pole position after spinning on his final lap during qualifying.

Hamilton went off at the first corner on his last effort during Q3, giving team mate Nico Rosberg the chance to take pole position. But Rosberg also spun off when he reached the end of his lap.

Hamilton said he initially thought he “probably lost it there” after rejoining the track. But the time he set earlier in Q3 proved quick enough to pole after Rosberg’s error.

“Generally it was quite a difficult qualifying session I think, probably for everyone just with the track conditions,” he added. “I was grateful that I got my third lap in on the first run in Q3 and I was pushing for that bit extra in the next run and just locked the rears.”

Rosberg said he couldn’t afford to leave much margin for error on his final run as there was so little between him and Hamilton.

“I went on the Astroturf at the second-to-last corner. Maybe that was a little bit wet or something, or I just overdid it after that, I’m not sure, I just lost it going into the last corner.”

“I’m definitely gutted. But Lewis was two-tenths quicker than my lap time and I was exactly two-tenths up just after that point. So I knew I had to go for it because it was very, very close. And just overdid it.”