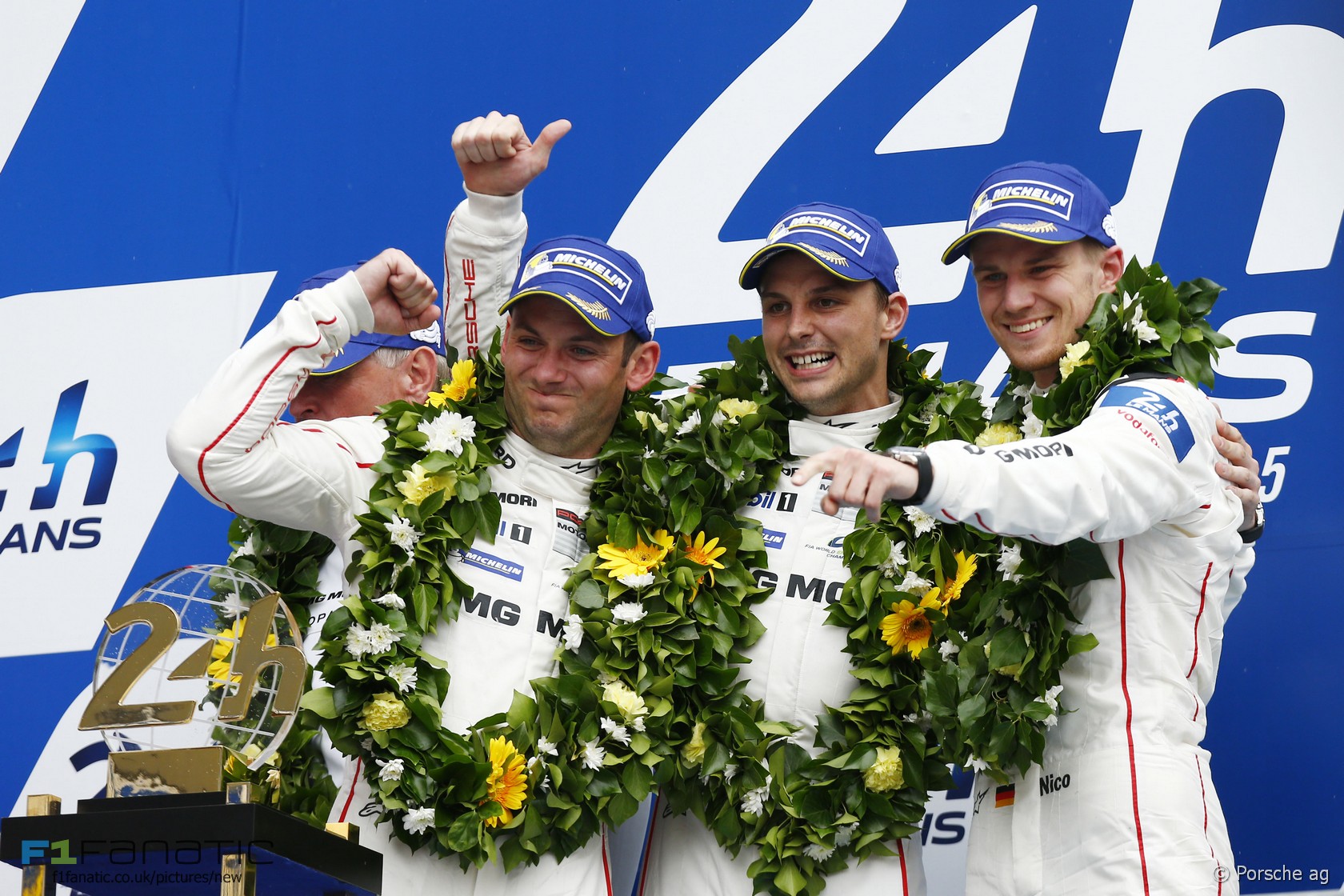 Hulkenberg was competing in the race for the first time and shared victory at the wheel of a Porsche 919 with Nick Tandy and Earl Bamber.

The Force India driver was the first active F1 competitor to enter the race since Sebastien Bourdais in 2009. After the race Hulkenberg thanked Mallya on Twitter for “making this possible”.

Mallya said Hulkenberg’s victory was a clear demonstration of his ability. “The 24 Hours is one of the great spectacles of motorsport,” he said. “It is an amazing race that demands total commitment from drivers and cars.”

“Nico’s performance displayed his immense talent and made all of us at Sahara Force India proud. I truly hope he will be boosted by this success and translate it into another great performance in Austria.”

Force India is preparing to bring an upgraded version of their VJM08 which Mallya says should be ready in time for the British Grand Prix. “We are still on course to introduce an important step in Silverstone next month,” he said.