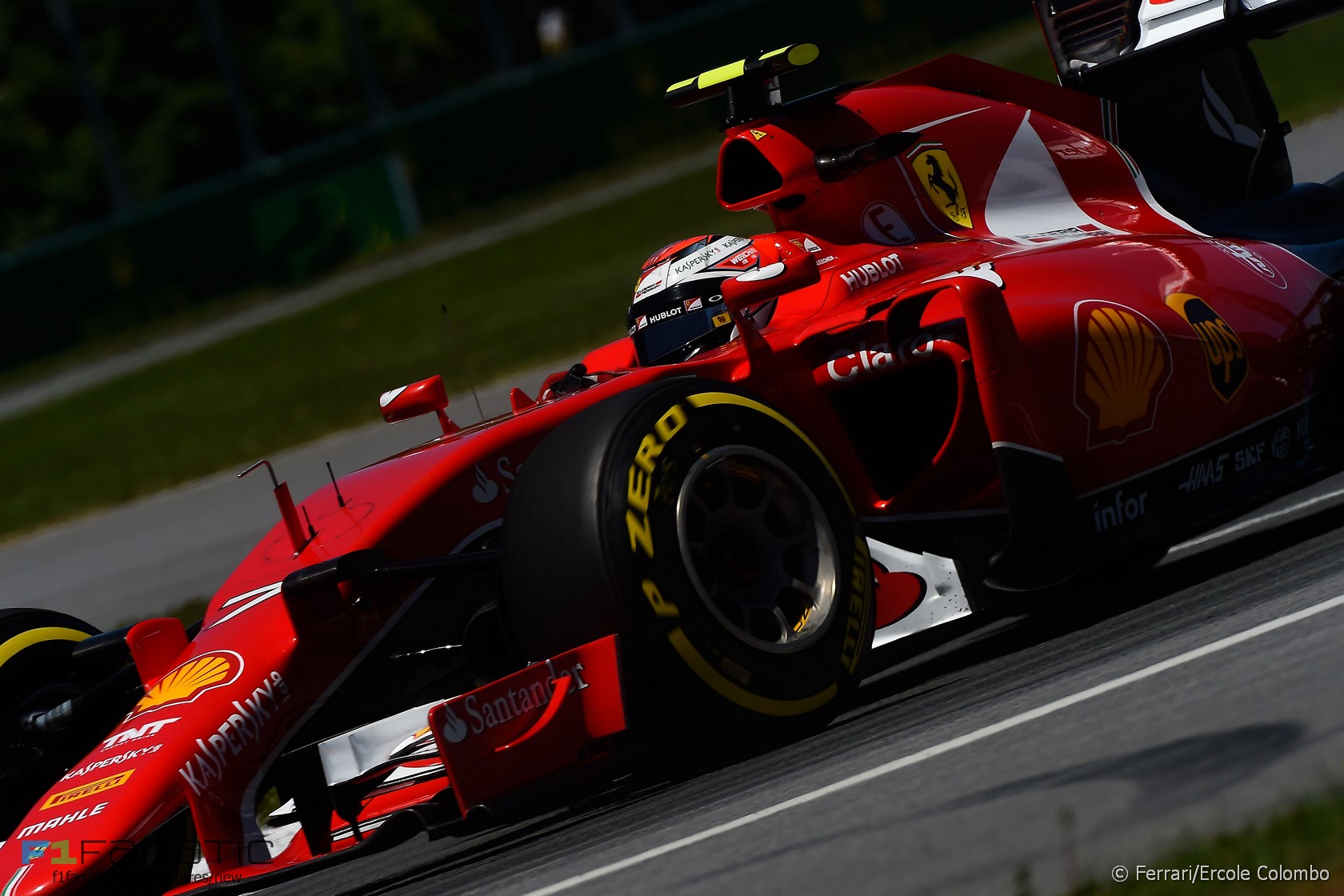 Kimi Raikkonen was bemused by the behaviour of his Ferrari after spinning for the second year in a row at Montreal’s turn ten hairpin during the Canadian Grand Prix.

His spin, which occured on his out-lap following his first pit stop, allowed Valtteri Bottas through into third place.

“The spin is exactly the same story than last year,” Raikkonen told reporters afterwards. “No problems in practice and for some reason both out-laps there’s something odd happening.”

“It just gives a massive kind of throttle release and you cannot control it. So it’s not ideal but it is what it is.”

Raikkonen was at a loss to explain the recurrence of a problem he believed the team had fixed twelve months ago. “I don’t know why,” he said, “it’s a very odd thing.”

“Because obviously we do practises and try to simulate stuff and so far this year no issues in other places and in here again… who knows? I don’t know the answers.”

Raikkonen apologised to his team for the error after the chequered flag. “Sorry for the spin,” he said, “but there was not much I could have done.”

He finished in fourth place having had to pit for another set of tyres following the spin. “Not the result we wanted,” he summed up afterwards. “The tyres were working more or less fine but in this kind of circuit fuel-saving is a big part so obviously that really limited our speed today in the end.”

58 comments on “Raikkonen baffled by repeat of hairpin spin”