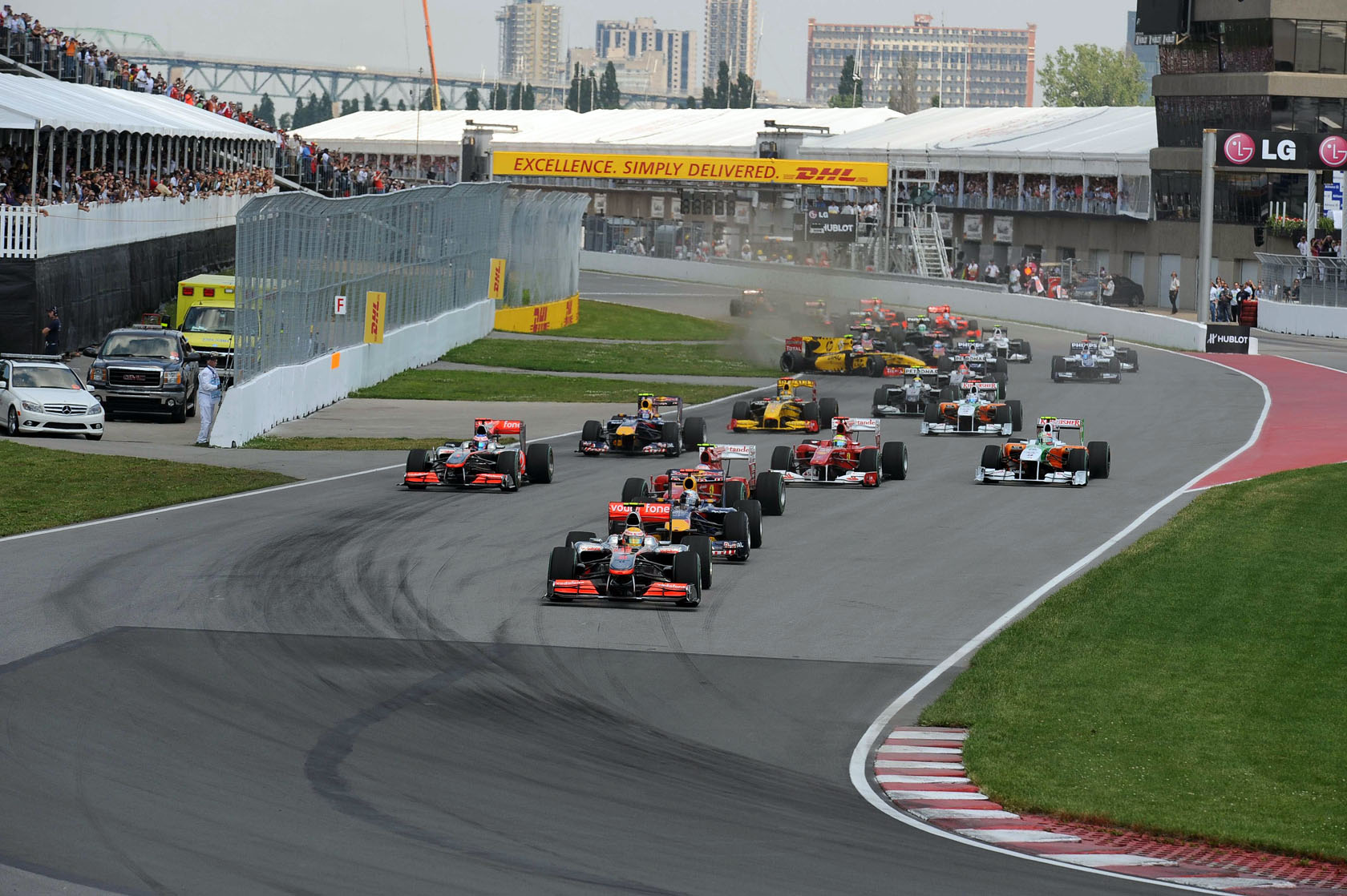 The Circuit Gilles Villeneuve in Montreal rarely fails to provide excitement. But its unusual, twisty start to the lap means the pole sitter can usually stay ahead – unless someone makes an extra-special start.

Here’s a look back on some of the decisive moments at the start of recent Canadian Grands Prix. The Adrian-Newey-honed Williams-Renault FW14s were coming on strong at this stage in the 1991 campaign. But neither ‘red five’ Nigel Mansell nor Riccardo Patrese was destined to win despite leading the field at the start in Canada.

A last-lap drama for Mansell – he let the engine revs fall too low and the gearbox hydraulics jammed – handed Nelson Piquet his final F1 victory – and the last for Pirelli until their return 20 years later. Jacques Villeneuve craved a home win in 1996 but team mate Damon Hill beat him from pole position and despite Villeneuve’s best efforts he couldn’t prise the lead from his team mate’s hands at the start. An all-Schumacher front row in 2001: the Ferrari of Michael easily kept the Williams of Ralf at bay. Pole sitter Juan Pablo Montoya was quick to close off any attack from Schumacher at the start of the 2002 race, and that allowed Rubens Barrichello to move up a place from third at the expense of his Ferrari team mate. Meanwhile from eighth on the grid David Coulthard exploited the outside line at turn one to move up to sixth, beginning an excellent run to second place. A straightforward start in 2003: Ralf Schumacher held the lead while his brother had to hold back from an attempt to pass the other Williams of Montoya at turn one. The two Renaults which led the field into turn one in 2005 started from the second row. The R25s’ phenomenal launch control systems propelled both past pole sitter Jenson Button and Michael Schumacher. It was to no avail, however: both were doomed not to finish. Kimi Raikkonen, who squeezed Schumacher down to fifth in turn one, capitalised with victory. Lewis Hamilton didn’t make a great getaway from his first ever pole position in 2007, and heading to turn one he had team mate Alonso and Nick Heidfeld’s BMW bearing down on him. But Heidfeld backed down, Alonso skidded off at turn one, and Hamilton was on his way to his first grand prix victory. From 14th on the grid Vitaly Petrov jumped the start, then lost control of his car in the kink before turn one, skewering the innocent Pedro de la Rosa. Unsurprisingly, the Renault driver was slapped with a pair of penalties.

Further ahead Hamilton kept his lead from pole position but Vitantonio Liuzzi, Felipe Massa and Button failed in their attempt to go three-abreast through the opening corners, to the detriment of the Ferrari and the Force India.

The race began behind the Safety Car in wet conditions in 2011. When the pack was released on lap five Alonso tried to get around the outside of Vettel to no avail. However the Red Bull driver dramatically lost the victory to Button on the final lap. Valtteri Bottas had done a superb job to qualify his Williams in third place in a rain hit session – far better than the team managed at any other race that year – but he was demoted by the faster cars of Nico Rosberg and Mark Webber within the opening moments of the race.

Mercedes locked out the front row as usual last year but firm defending by Rosberg at turn one saw Hamilton lose second place to Vettel.