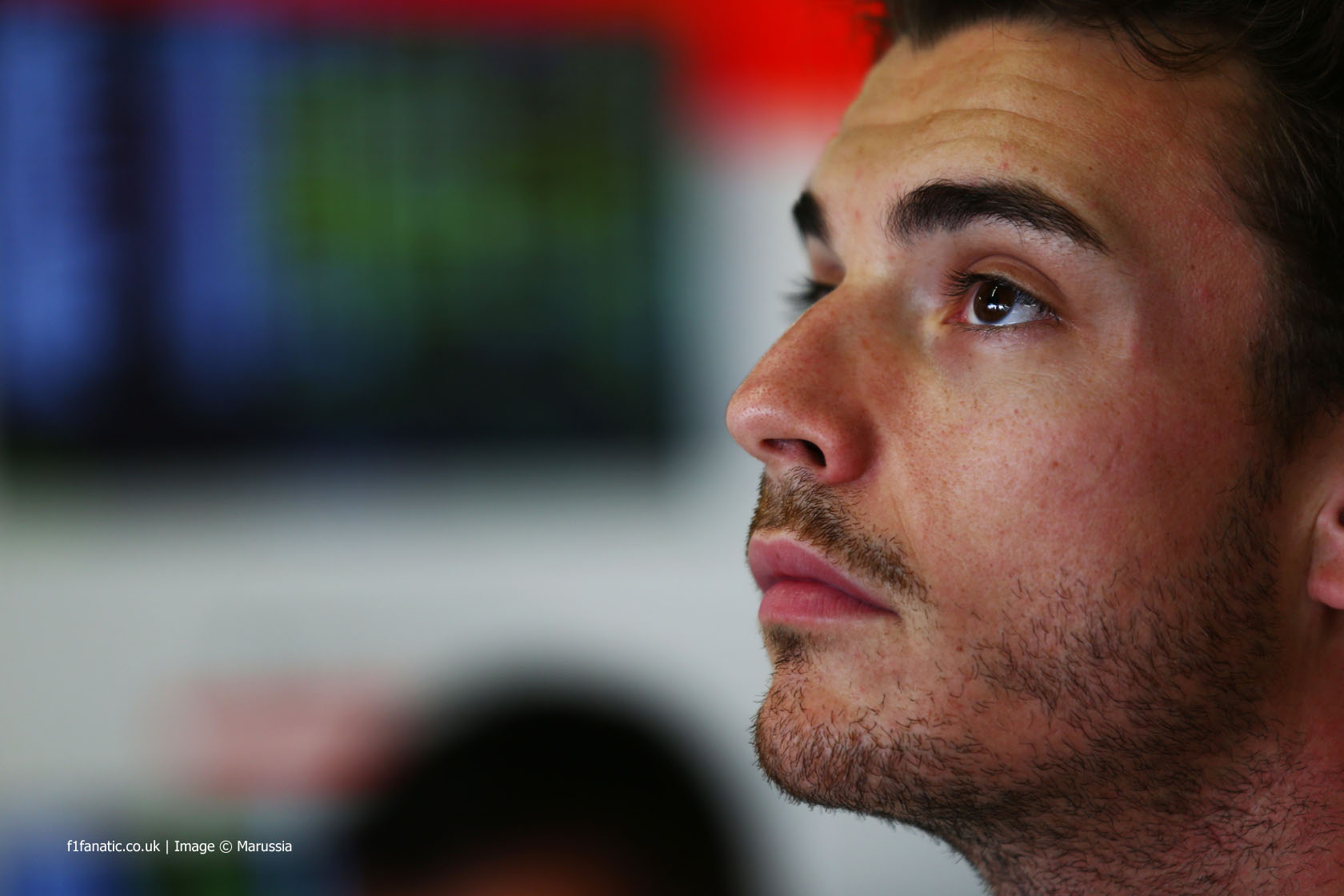 In the round-up: The family of Jules Bianchi say he is not making progress and they fear he may not recover.

"The situation is stagnant... when we get up every morning, we think of Jules' life but we think also of his death."

"Bernie Ecclestone, the head of Formula One auto racing, faces a 1 billion-pound ($1.57 billion) bill from U.K. tax authorities in a long-running dispute over a family trust."

"Asked why HMRC had torn up the 2008 deal, the businessman said: ‘Don’t know. I was hoping today we would find out, but I don’t know if we have or not.’"

"It's some kind of miracle. That is what Jules did last year, ninth place here. He was the star of the race."

Verstappen surprised himself with P2 in FP1 (ESPN)

"I was looking after the flag, I was looking up to the screen and I couldn't find myself, the I looked a bit further up and I went 'oh... alright, that was a good lap then!'"

"We have to get the tyres working so it would have been nice to try the supersoft to see, I think they will work much easier."

"The group’s headline decision was to bring back refuelling in 2017 – and there’s fat chance of that."

Beautiful words from Philippe #Bianchi about his talented son, Jules. Words to break the heart of any parent,any person,who hears them #jb17

The joys of the Monaco pitlane! Not much room for manoeuvre! #MonacoGP pic.twitter.com/br0FDmaOaO

Monaco certainly is unique. You don't get oak beams like these in any other circuit garage. #GrandDesigns pic.twitter.com/loArJ6C2r8

This is so @McLarenF1 – the best pit lane dryer in the biz! #F1 pic.twitter.com/mqRRD2qfz8

The crowd is getting a bit restless for action – whistling. And now boat horns chiming in. It HAS been a boring session. #F1 #MonacoGP

Honestly, an #F1 photographer's pass used to be hard to get. Not anymore, any muppet can get one. #MonacoGP

18-inch wheels on a @michelin_sport shod @WSR_Live car today. It's what Michelin wants in #F1 – what do you think? pic.twitter.com/iGvwf4Jh0o

Should F1 have a ‘tyre war’ as a matter of principle?

Happy birthday to Travis and Cristian!