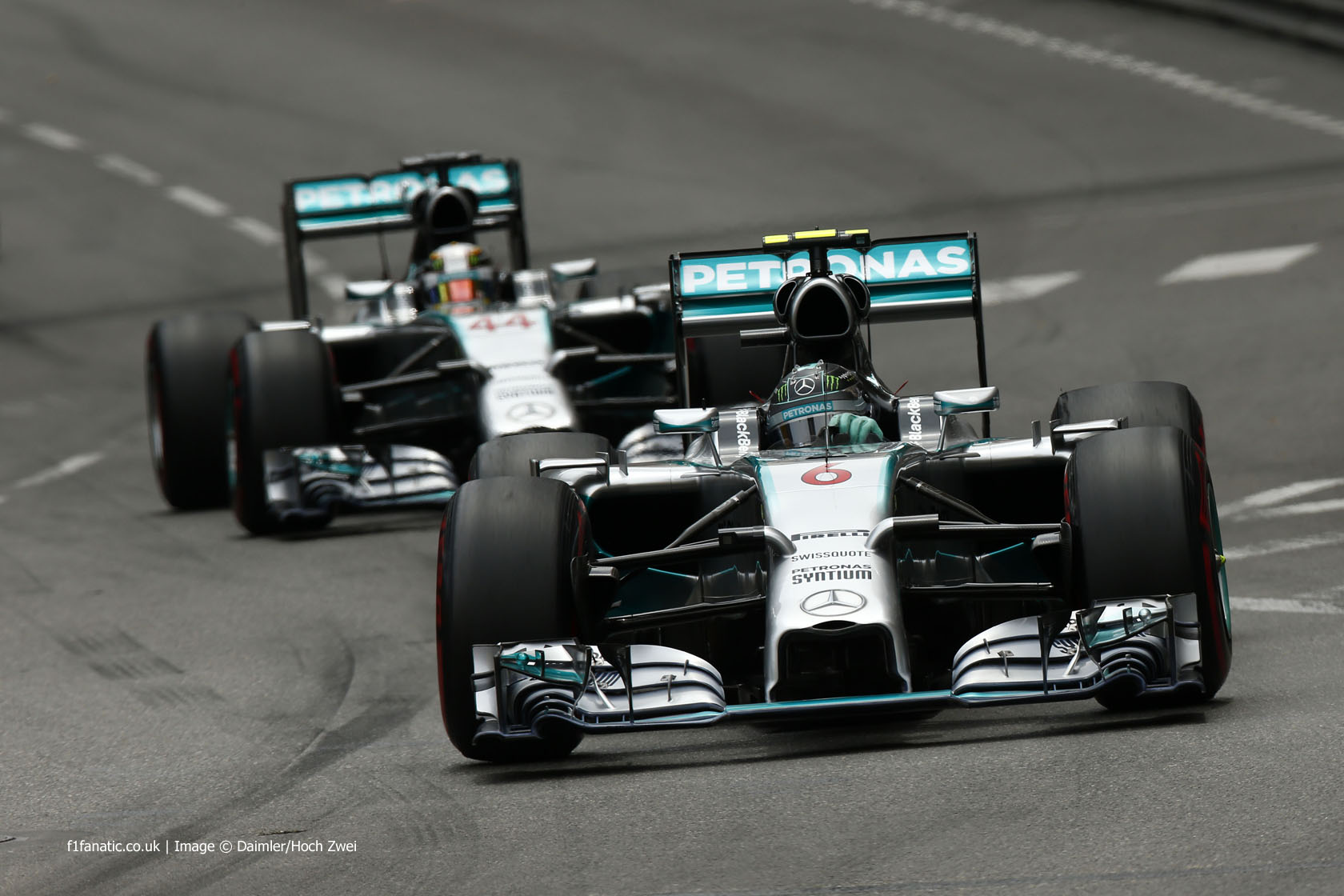 Lewis Hamilton says he does not expect to face a repeat of the controversy which dogged last year’s qualifying for the Monaco Grand Prix.

Hamilton had to abort his final flying lap during qualifying last year when team mate Nico Rosberg drove up an escape road in front of him, bringing out the yellow flags. The stewards investigated whether Rosberg had done so intentionally in order to ensure Hamilton could not take pole position away from him, and although the Mercedes driver was cleared Hamilton expressed doubts about what had happened.

Speaking to media in a press conference today Hamilton said he was “confident that last year’s episode will not re-occur”.

“I don’t feel pressured either way,” he added, referring to whether he should choose to be the first or second of the two Mercedes drivers on the road should they both make it through to Q3, “I’ll just go with the mindset of trying to be even better than I was last year and do a better lap”.

Hamilton confirmed this year he has the choice of which order the two Mercedes will run in. He and Rosberg alternate the choice from race to race.

“I do have the choice this year which is good,” he said. “It’s lucky that I get that in a sense that at the first race we tossed a coin, I guess Nico perhaps won in the first race and chose to go second. ”

“From race to race there’s pros and cons of going, being the first car or being one of the latter cars in qualifying and naturally here, yellow flags and all this kind of thing are an issue.”

“To be honest you could get it wrong either way, you could decide to go first and then on your lap there happens to be a yellow flag. So I don’t know, I think we’ll collectively, as a team – me and my engineers – decide.”