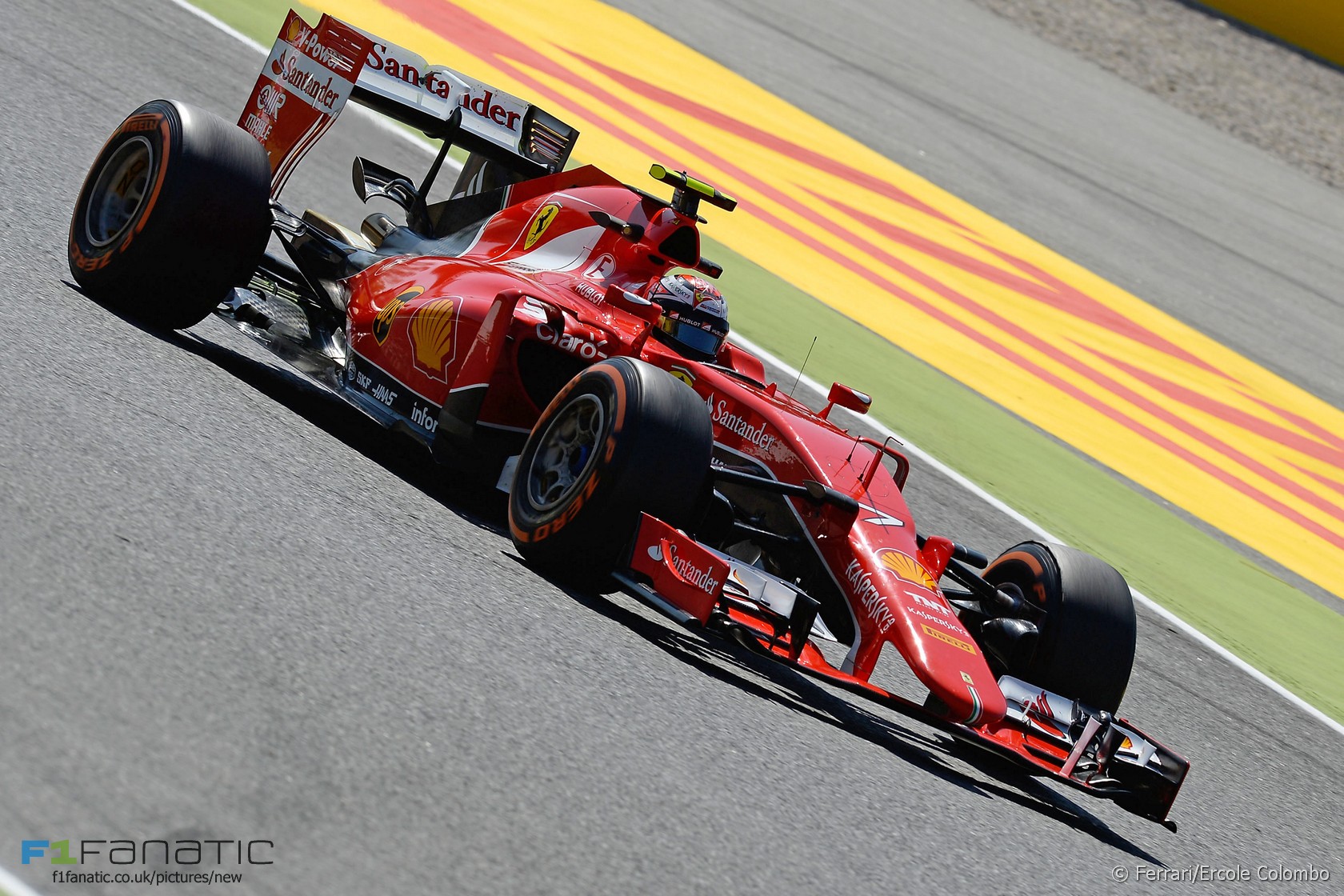 Following his poor result in qualifying Kimi Raikkonen revealed one of his sets of the softer medium compound tyre was damaged by a tyre warmer.

Raikkonen qualified seventh, almost a second slower than team mate Sebastian Vettel, and had been unhappy with his car’s balance throughout practice.

“So far the weekend has been more difficult than I wanted and today I was still struggling,” he said, “for some reason my car was sliding around.”

“In Q2 the feeling was pretty OK but then in Q3 it was difficult again,” Raikkonen added, “I had not much grip and did a bad lap.”

“It’s one of those weekends in which things keep going a little wrong here and there, and today we also lost one set of medium tyres because of a burning of a blanket.”

Ferrari has brought a substantial aerodynamic upgrade this weekend but Raikkonen is not using all of the new components as he explained.

“After a difficult Friday I decided together with the team to go back to the old package because I wanted to make sure it was fine,” he said. “We knew it would be a risk and it might be difficult but I don’t think that the result would have been as bad as it was today.”