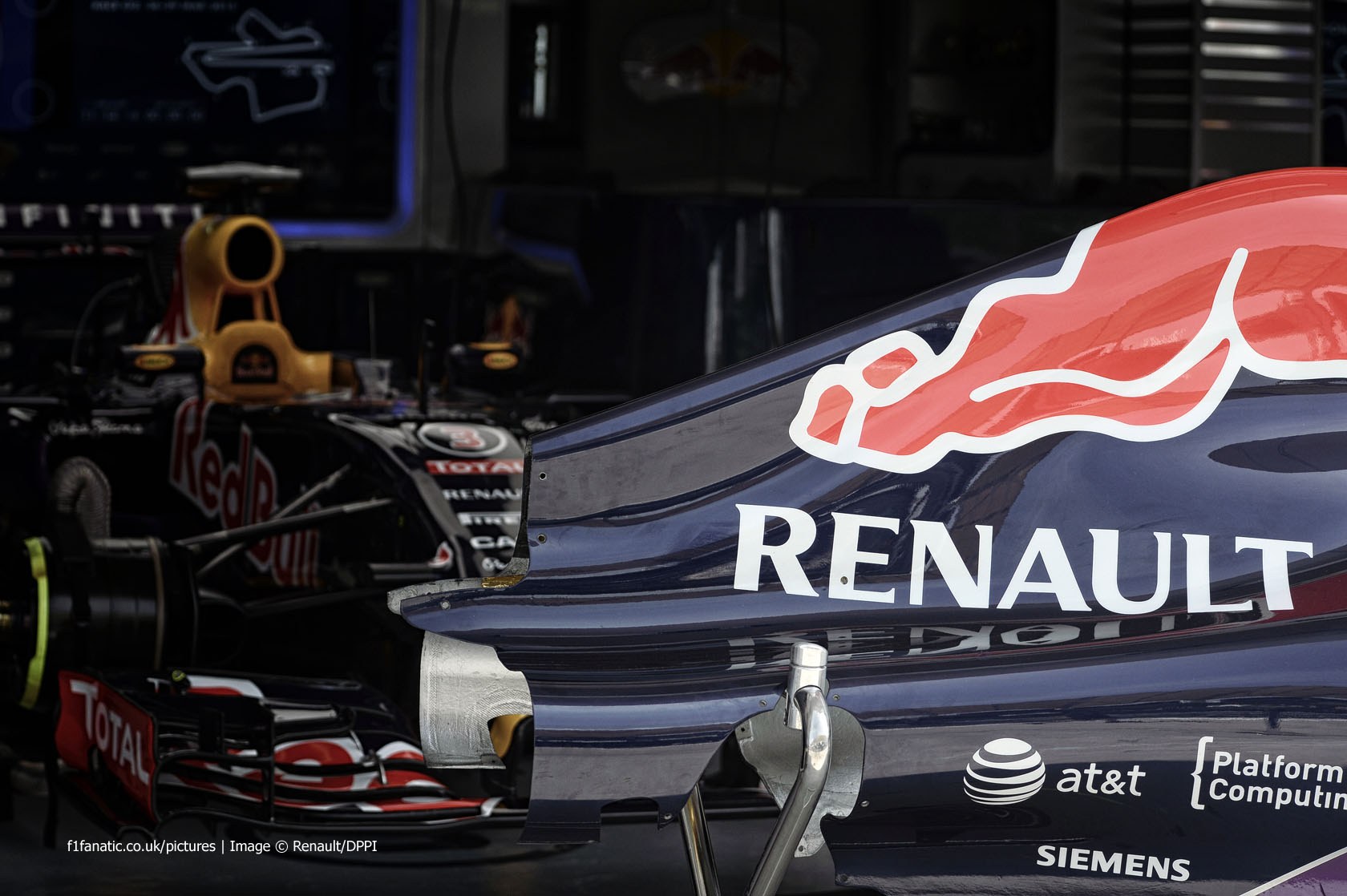 In the round-up: Red Bull’s Christian Horner says all ten teams have already agreed to increase the maximum engine use limit this season from four to five.

F1 to agree on a fifth engine for 2015, says Christian Horner (Sky)

"We unanimously agreed on it (the fifth engine) in Malaysia. That was all the teams, including Bernie Ecclestone, so it only has to formally go through the strategy group and permission to be signed, and that can be done by fax vote."

"Mercedes will not rush bringing in upgrades for its Formula 1 engine, despite the resurgent Ferrari having dramatically reduced its power deficit, says Niki Lauda"

"Raikkonen struggled throughout 2014, pointing to a lack of grip and feedback from the car's front end as the main reason. Arrivabene arrived at the team following the final race of 2014 and said he quickly set about asking for a car that would suit Raikkonen's driving style."

"We are definitely making progress with the car. (Bahrain) is probably our most competitive weekend. The problem is we are running the car in such a compromised state that we are not in an optimum window with the car."

"Lewis Hamilton appears to have compromised his 20-year relationship with helmet supplier Arai by swapping to Bell."

"The latest issue of the FIA's international journal is available to view for free."

Lid line-up. JB and Fernando's helmets are back at #MTC for a spruce-up and service. pic.twitter.com/m5E1MXP08d

Have a full workshop this week pic.twitter.com/1y0ENR6kYk

With names like Vettel, Kubica, Sainz, Magnussen and Ricciardo all having been made in Formula Renault 3.5, the championship is considered every bit a proving ground to would-be F1 hopefuls as GP2. But does it deserve such a reputation? @rjoconnell isn’t so sure…

For one thing, most of the series’ top exports to F1 are former Red Bull Junior Team members, from Vettel to Sainz. Their backing of the series is an overwhelming factor in the series’ prestige and without them, they’d be in trouble.

Sainz is also the only former FR3.5 champion on the F1 grid now with KMag discarded like a used tissue – compared to five active GP2 champions in F1, one of whom (Maldonado) used FR3.5 as a stepping stone just to get to GP2. So did 2008 champ Van der Garde. Three times in a row the champions of the series (Aleshin, Wickens, Frijns) were all passed up for F1 promotion the next year over the runner-up that year (Ricciardo, Vergne, Bianchi).

Once you get past the elite level of talent in FR3.5, even going back before the SL points, there was a steep drop-off of talent and quite a handful of guys who had no business being up this high on the ladder except to fill seats. I think Philo Paz Armand has a cool name and he seems like an alright young man, but I don’t think he’s going to end up being vastly superior to Daniel de Jong on the other side of the fence.
@rjoconnell

Heikki Kovalainen won the first ever GP2 race on this day ten years ago at Imola. Here’s the start of the race which began with Nicolas Lapierre on pole position ahead of Giorgio Pantano.

And on this day 20 years ago Emerson Fittipaldi took the final victory of his Champ Car career at Nazareth. He snatched the victory from Eddie Cheever in the final laps while under fierce pressure from Jacques Villeneuve: