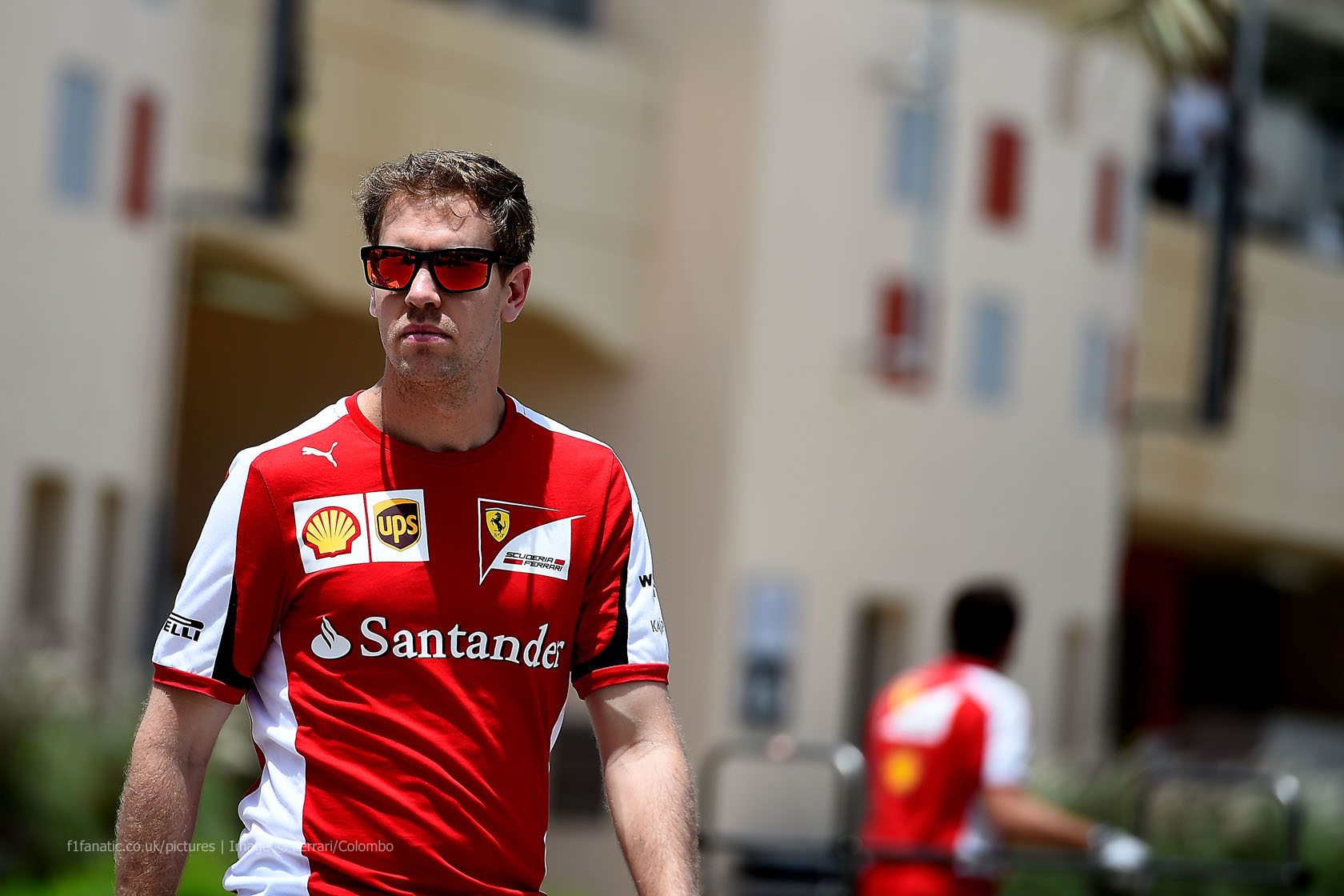 Sebastian Vettel has apologised for the collision between himself and Sergio Perez in the closing minutes of second practice in Bahrain.

The Ferrari appeared to suffer a mechanical issue as it exited the pits and Vettel made contact with Perez’s rear as the two rounded the apex of Turn One.

After the session, Vettel apologised for the incident but admitted that there was a problem with his car at the time of the accident.

“I came out of the garage and had a problem,” explained Vettel. “I hit the brakes but suddenly there was a blow and I couldn’t brake properly. Therefore I hit Sergio Perez in the corner.

“Of course I’m sorry, but I couldn’t do anything else in that moment. I was looking for Sergio to say sorry, but he was still sitting in the car.”

Perez suffered a puncture in the collision but his Force India was otherwise undamaged. The Mexican believes it was no more than an ‘unfortunate incident’.

“I was trying to overtake Nasr and, when I got to the apex of turn one, the gap I had on Sebastian was gone, as he had a car problem, and he made light contact with my right rear,” said Perez.

“After the session he came to see me and said he had an issue with the brakes. It was an unfortunate incident but nothing more than that.”

The stewards investigated the incident after the session, but felt that no further action was necessary after hearing from the two drivers involved.