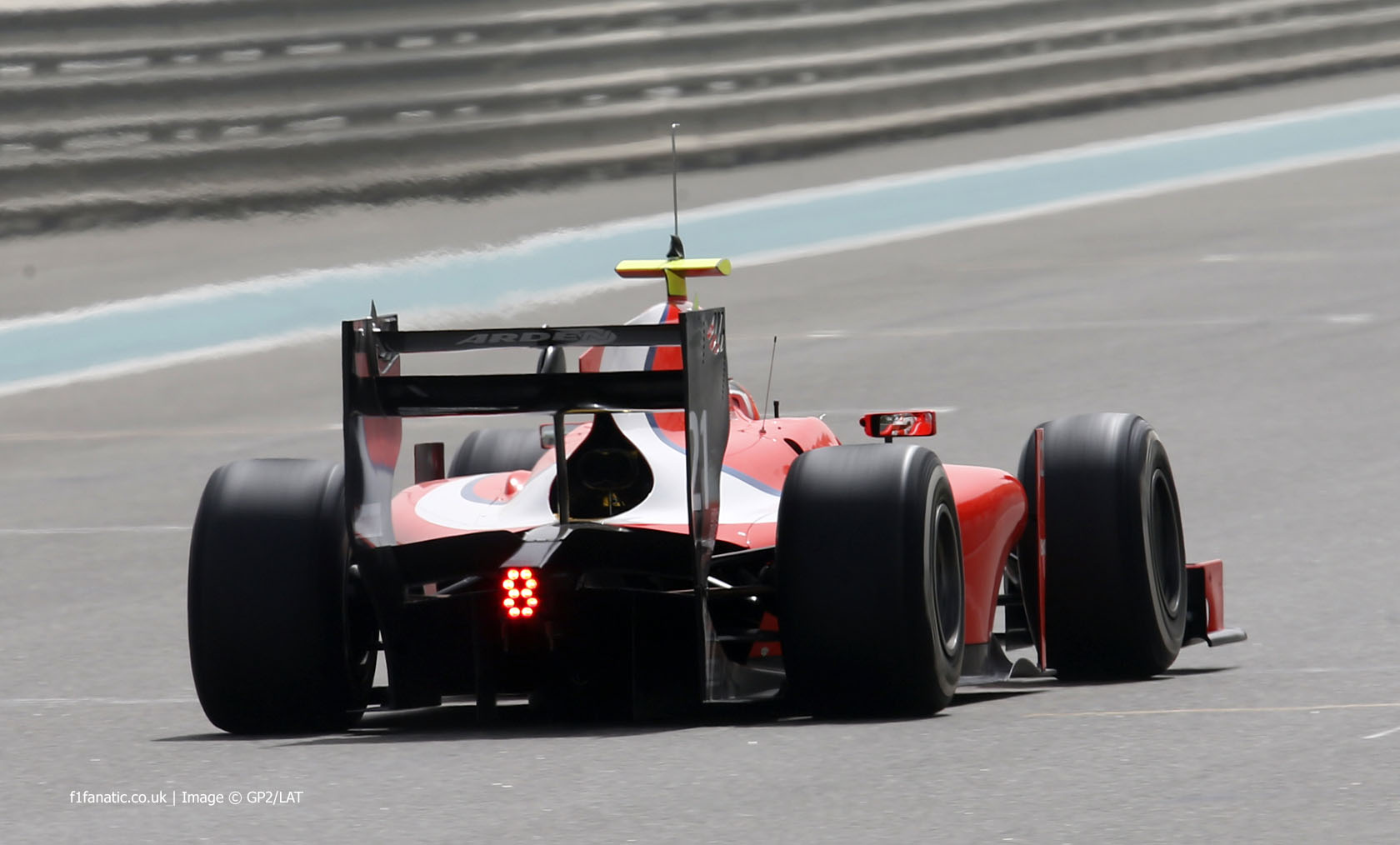 GP2 celebrates its tenth birthday this year. But the series which began life as a successful replacement to Formula 3000 as the foremost feeder series for F1 has struggled to live up to that billing in recent years.

In the first three season of GP2 the top two drivers swiftly made their way up into Formula One. But last year’s championship was the third in a row where both champion and runner-up are yet to start an F1 race.

In the meantime Formula Renault 3.5 has seen more of its top drivers ascend to F1. Reigning champion Carlos Sainz Jnr and his predecessor Kevin Magnussen were both in the Australian Grand Prix field, and Manor duo Roberto Merhi and Will Stevens were Formula Renault 3.5 race winners last year.

But a significant change during the off-season may have swung the initiative back towards GP2. It certainly seems to have contributed to one of the strongest field the championship has enjoyed for years.

The FIA’s controverisla new superlicence points system awards far more points to the top ten finishers in GP2 than Formula Renault 3.5. As a result a conspicuous number of drivers have ditched their 3.5 programmes for GP2 over the last 12 months.

Pierre Gasly and Marco Sorensen are back for a full year in GP2 following their partial campaigns last year, while Sergey Sitorkin, Norman Nato, Marlon Stockinger and Zoel Amberg have all followed them during the off-season.

One rival they will all have their eye on is Stoffel Vandoorne, who also previously raced in Formula Renault 3.5. The 2013 series runner-up looked like the quickest driver in the final GP2 races of 2014, ending the year with three pole positions in a row and pipping Felipe Nasr to second in the points standings.

The McLaren development driver returns for a second year at ART. The team which won three of the first five GP2 championships is now the de facto McLaren junior squad, and for the second year in a row Vandoorne is partnered by a driver from the Honda stable. Japanese Formula Three champion Nobuharu Matsushita replaces experienced Super Formula racer Takuya Izawa. While ART were the powerhouse team in the first years of GP2, DAMS drivers have clinched three of the last four titles. Red Bull-backed Gasly will therefore be expected to mount a championship bid following his switch from the former Caterham team.

It will be an especially absorbing contest at DAMS this year as Gasly is joined by a former Red Bull stablemate Alex Lynn, who was dropped by the operation despite delivering the GP3 title last year. Lynn is now a development driver for Williams.

Ferrari is another team to place one of their junior drivers in the championship. Raffaele Marciello too often failed to live up to his billing as a European F3 champion last year and despite a sole win finished eighth in the points. A switch from Racing Engineering to Trident may be the change he needs.

Alexander Rossi first raced a GP2 car in the Asia championship back in 2009, but ssurprisingly he’s never done a full year in the main series – he missed the first two races in 2013. Fabio Leimer won the title with Racing Engineering that year, and now Rossi has his big chance with the team.

He’s partnered by Jordan King, who had a win-less run to seventh in last year’s European F3 championship. King’s father Justin contributed to the recent rescue of Manor’s F1 squad.

Three years after taking the GP3 title, Mitch Evans is back for another shot at the crown and will have the benefit of continuity as he remains at Russian Time.

GP2 has more than enough quality drivers in 2015 to justify its reputation as the leading F1 feeder series. How many of them will make it all the way to the top? That will largely be decided by how many places there are on F1’s worryingly depleted grid.

But if there’s one area where GP2 has seldom left fans wanting it’s the quality of the racing. Its closely-matched cars approaching F1 levels of performance have regularly served up excellent races, even at tracks which tended to see processional grands prix.

What a shame, then, that the organisers have lifted F1’s gimmicky Drag Reductions System and stuck it onto cars which clearly don’t need it to begin with. This hasn’t been done to ‘improve the show’ but out of a desire to make GP2 appear more relevant to aspiring F1 drivers. Formula Renault 3.5 has had DRS since 2012, but theirs is operated on a ‘push to pass’ basis, while GP2 will use the same proximity-based system F1 adopted in 2011.

GP2 should have heeded the words of its reigning champion Jolyon Palmer, who summed up its shortcoming two years ago:

“On some tracks DRS can be helpful but I think with Pirelli tyres you don’t always need DRS to improve the racing,” he said. “I would much rather see fewer overtakes but more wheel-to-wheel scrapping and drivers having to work harder to overtake”.

Unfortunately there seems to be little chance of that happening in GP2 this year. Hopefully that won’t stop the calibre of its competitors from shining through as it deserves to.

Who’s your tip for the GP2 title this year? And will the addition of DRS enhance or detract from the racing?