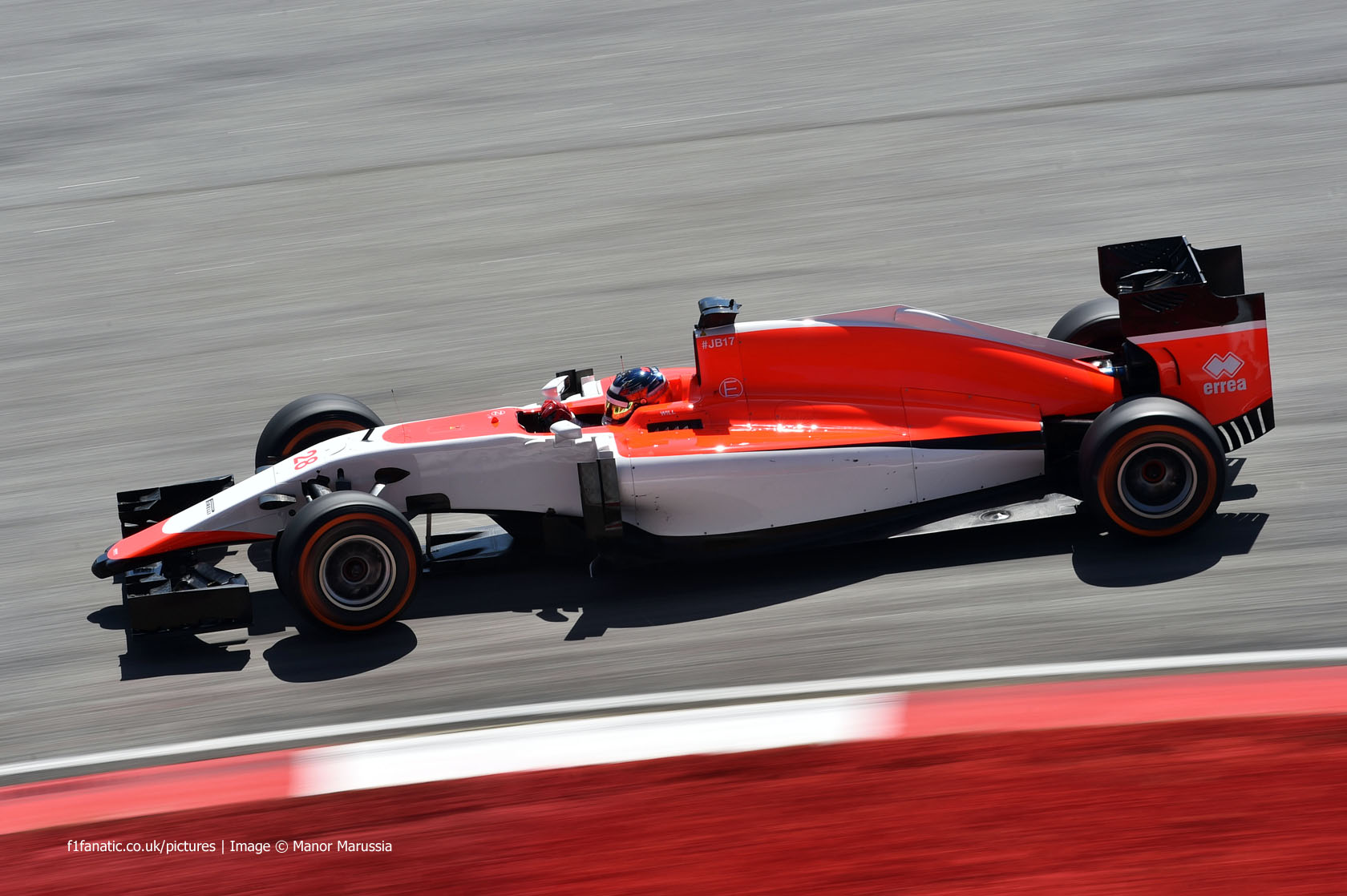 As the new season began there were a few last-minute sponsor additions at some teams following the end of testing.

However the almost total lack of branding on the returning Manor cars did little to inspire confidence in their future. There aren’t many sponsors to watch on the Manor. The team may have made a welcome return to boost F1’s flagging grid but the lack of logos on their cars was conspicuous.

One name which did appear was that of Italian sports equipment company Errea on the rear wing endplate. The team also kept the ‘#JB17’ from last year, situated on the side of the airbox, in recognition of their injured former driver Jules Bianchi. Without the expectation of prize money earned by his ninth place in Monaco last year, it is likely the team would not have returned at all. Proton, owners of the Lotus brand which is used by the Genii-owned Formula One team, had their logo on the cockpit of the E23s in Malaysia.

The Proton name previously appeared on the Malaysian-owned Lotus cars in 2010 – the team which later became Caterham and collapsed at the end of last year: For the third year in a row, Mercedes’ title sponsor Petronas advertised their unleaded fuel brand Primax on the car’s sidepod for their home event. After the race the Malaysian oil and gas firm confirmed it had extended its sponsorship of the Grand Prix until 2018.

Lewis Hamilton was also due to have a special helmet in Petronas colours, but the FIA’s new rule scuppered that plan. Before the Australian Grand Prix Williams announced a new technology partnership with British Telecom. The deal will see BT’s logos appear on the side of the headrest and in the hospitality environment. Exxon Mobil has sponsored McLaren through its oil brand Mobil 1 since 1995, and this partnership was expanded before the Australian Grand Prix. Its Esso brand, which featured sporadically on the car throughout last season, now has a permanent home just above the sidepod (though persistently in a shadow cast by an onboard camera) and on the driver’s overalls.

McLaren continues to rotate the Segafredo Zanetti logos on its rear wing endplate with those of the Boncafe brand from region to region as appropriate. Force India added two new sponsors to their sidepod wing structures before the Australian Grand Prix. Energy drink company Hype’s branding appears on the top and mobile telecom company Channel IT are on the side – the latter is visible in the picture above. After testing had finished Red Bull got out the crayons and felt-tip pins and coloured in their ‘camouflage’ livery.