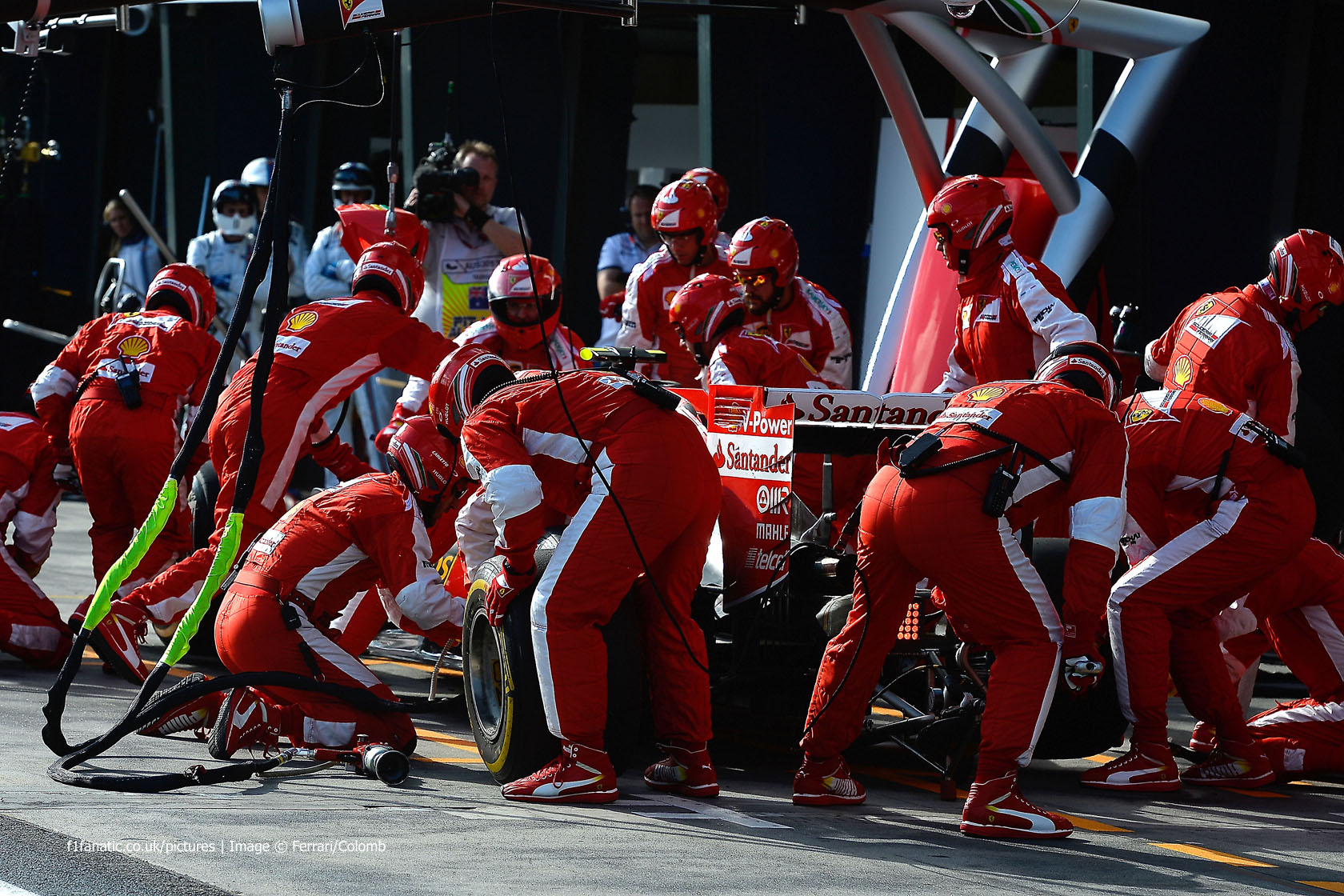 Kimi Raikkonen and Ferrari will not face action from the stewards after he was released from the pits before his left-rear wheel had been fully attached.

Raikkonen had a problem with the same wheel during his first pit stop, when the nut was cross-threaded as it was attached to the axle. This caused the problem at the second pit stop, and when Ferrari realised what had happened Raikkonen was told to stop.

As he brought his car to a stop Raikkonen asked his team “did you leave the wheel loose?”. “Unfortunately the wheel was not tight,” his engineer replied, “I’m sorry, Kimi”.

Under revised rules for 2015 drivers are automatically given ten-place grid penalties if they are deemed to have left their pit box in an unsafe fashion and a further penalty if they continue to drive a car which is known to be unsafe.

However the stewards were satisfied Ferrari had done everything they could to ensure a safe procedure.

“The team explained that the system used to monitor pit stops gave no indication that the car was in an unsafe condition when released and the team caused the driver to stop the car immediately the problem was apparent from the driver and telemetry,” said a statement issued by the stewards.

“The team had paid close attention to the telemetry after the actions of the team members involved in the pit stop and further that the FIA technical delegate accepted the car was not in an unsafe condition when released the stewards took no further action.”

The wheel remained attached to the car. All cars are required to have a system in place to retain the wheel if it is not attached properly.