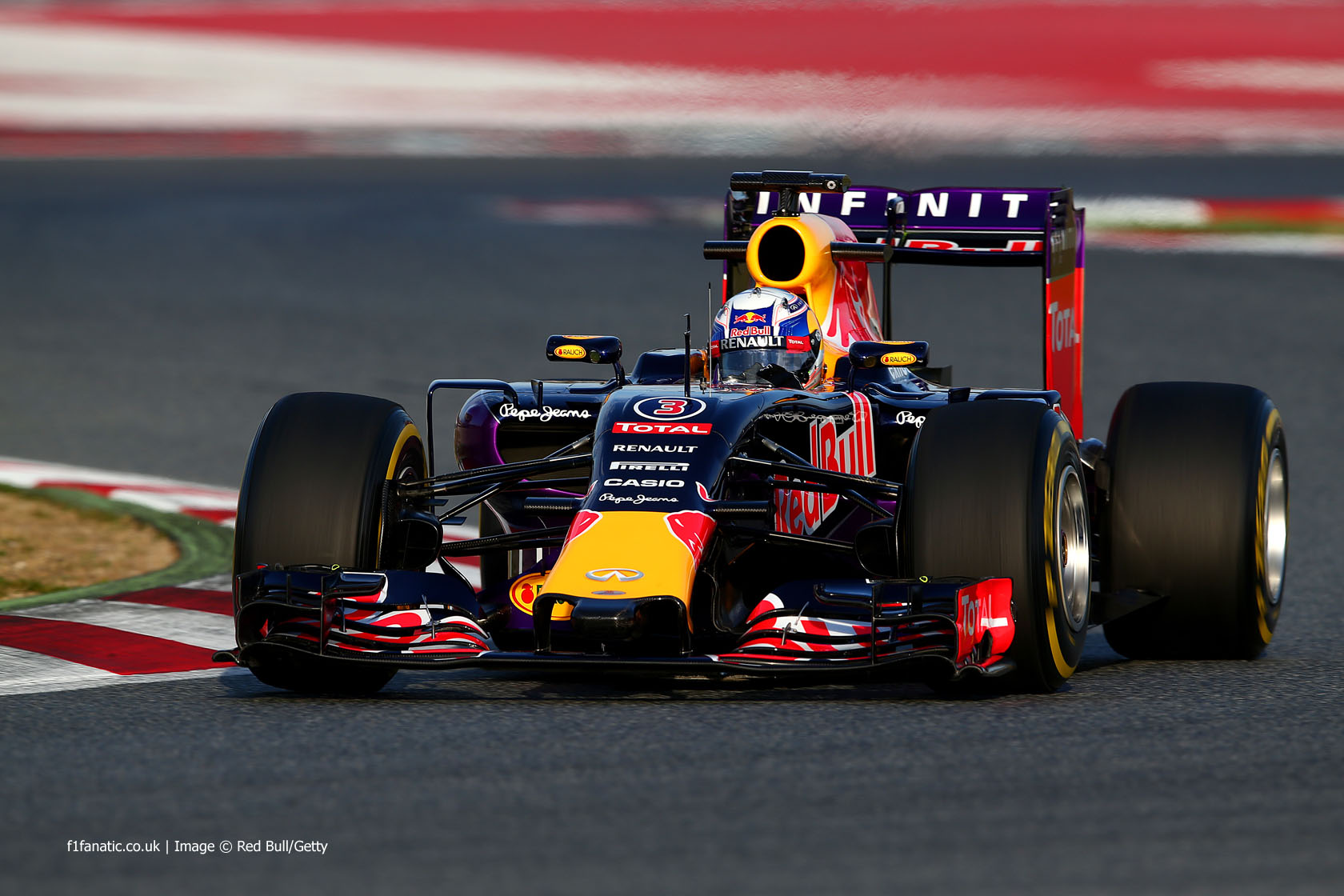 Daniel Ricciardo says Red Bull are in a more competitive position than it might have appeared from pre-season testing.

Red Bull only posted the seventh-quickest time of the eight days spent at the Circuit de Catalunya. However they were one of few teams not to set their fastest lap time on the softest tyre available.

“If you look back at last year, for sure we’re in a better position,” said Ricciardo in a press conference ahead of this weekend’s Australian Grand Prix.

“I think the times we put down in testing I don’t think have shown that yet but obviously we’re coming here this weekend with a lot more confidence and reliability.”

He said the team are in a much stronger position than last year, when they arrived in Melbourne following a badly disrupted pre-season testing schedule.

“We’ve actually got a plan for Sunday where last year it was just ‘OK, let’s put the car on the track and hope to see the chequered flag’,” said Ricciardo. “So within the team obviously there’s a lot more that’s progressed since then.”

“With myself obviously I’ve moved along, I fee a long way, I’m a more evolved driver and have a bigger impact within the team. Obviously spending the 12 months there that I have now. It’s all there on the table ready for us to use and pursue to put up another strong fight.”

Although chief technical officer Adrian Newey was expected to play a less active role in the development of the team’s new car, Ricciardo says he’s already having more input than many predicted.

“I think he’s still very much interested in the RB11. From what I can see the team definitely wants to get back on top. Obviously it was an off year for them from their standards last year. I don’t think we’re too keen to let Mercedes get any further away.”