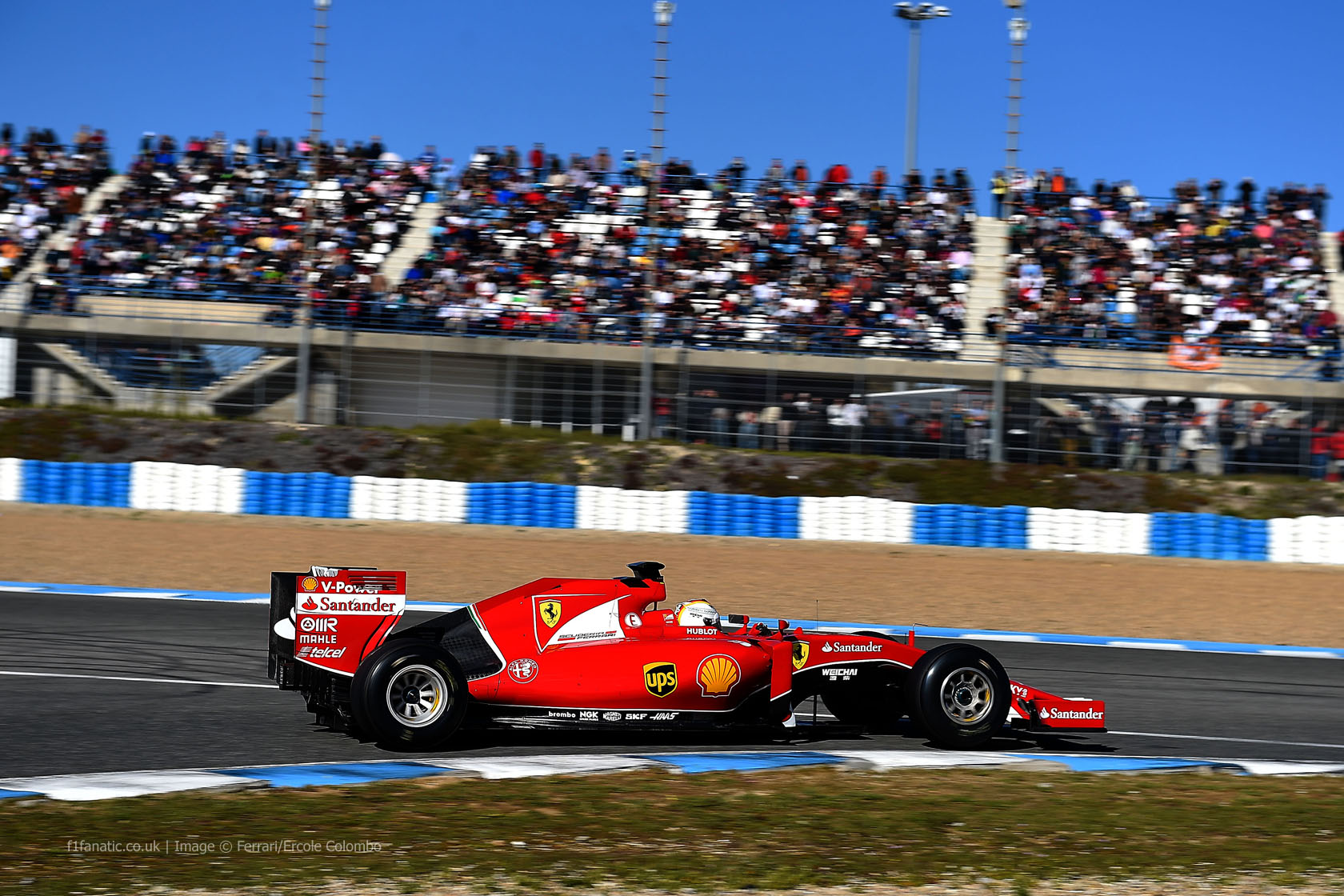 What’s the cheapest way to see F1 cars in action – and get a first look at new machinery? Go to an F1 test.

Greg Kingston went to last week’s test at Jerez in Spain and explains why you should give it a try.

I first experienced the raw power of an F1 car in action when I went to testing at Silverstone as a teengaer in the hope of seeing Nigel Mansell in his new Ferrari.

Since then I’ve followed F1 to Barcelona, Istanbul and Monaco. Race weekends are great fun but I’d like to share with you why I think F1 fans should consider going to testing just as seriously as going to a race.

Many of you will have been to F1 races before. I’ve always found the atmosphere tremendous and super-friendly, both at the track and out in the town. Fans of all nationalities with support for every team on the grid descend on the town or city.

But like any major sporting events, F1 race weekends are busy. There are inevitably crowds and queues everywhere, from restaurants to transport to bars and toilets at the track.

And then there’s the cost. From my experience Istanbul was the worst – perhaps sensing they were holding their last grand prix for a while, the prices in restaurants and bars were hiked up for the weekend. Travelling fans will already know about the spike in air fairs and hotels akin to, but not quite as bad as, summer holiday price increases.

F1 fans will already know well what the race day experience is like. More often than not you’re confined to one stand or one area of the track. I can’t describe that as monotonous, as it is always interesting to see how different drivers drive the same corner and experience how the cars handling changes over the race distance, but it certainly isn’t the same experience as a TV viewer would expect.

Testing is altogether different. Not better or worse, just different. For a start, there’s no real competitive element to what’s happening on-track. Testing delivers an all-day session with diluted track time but ultimately more laps. Even with just eight cars present the teams logged over 2,300 laps in four days.

If you’re a keen photographer like me, then access at testing is also far better. Jerez offers tickets with two levels of access, one allowing access to around a quarter of the track and the other around a half. On Sunday the whole circuit was open. None of the temporary stands used at race weekends are present either, allowing you to stand right up to fences sometimes just a few metres away from the cars on track.

Be prepared for a tiring day though. Race circuits are really big places, and if you’re given free reign in testing you can easily end up walking the whole circuit distance and then some.

There are fewer facilities at the track on test days, but there’s still food and drink aplenty and merchandise too, though the latter tends to be from the previous season. Attendance at testing is much lower than on race weekends, which makes for a comfortable experience but less of an atmosphere.

That said, this is Spain and, on the days when Fernando Alonso is testing the stands quickly fill up. This year day one was a Sunday and the weather was good. So many people came in (estimated 40,000) that the whole circuit was opened. Make sure you check the driver schedule and if a local driver is testing then get to the circuit earlier. Ticketing is all at the circuit and there are not many booths open so it pays to plan ahead and arrive early.

Away from the track, as testing attracts far fewer visitors you’re more likely to see other fans or even F1 team members around town. In 2014 we stayed at the same hotel as Pirelli, Williams and Marussia.

We had breakfast with the Marussia boys whilst they were all on their phones trying to work out where on earth their cars were (they were still in France, being trucked down from the UK!) and had a couple of very fun nights out with the day crew from Williams. You might even bump into a driver or two.

Something you’re unlikely to see on a test day is a flat-out lap at qualifying speed. Teams are clearly running set programs, and whilst they’re quick they’re not on the edge. There are exceptions though, and teams do certainly put in qualifying sectors if not often putting a whole lap together.

A final word on the costs. Generally I’ve found flights, hotels and restaurants to be just as cheap as you’d expect out of peak tourist season, with no increases just because F1 is in town. Day tickets at Jerez are €15 (£11) for general access and €25 (£18) for full access.

That’s great value compared to race weekend tickets, bearing in mind you can get access to stands at most of the track as well as many areas that would not be open for a race. The entire cost of my trip for Jerez testing this year cost less than my weekend race ticket for Barcelona last year.

If you have a few days’ holiday available and you’re at a loose end, I highly recommend checking out an F1 test to whet your appetite ahead of the season. You won’t get competition or many cars on the same piece of track at the same time. What you will get is a relaxed atmosphere and plenty of laps and access, all at a knock-down price.

Have you been to an F1 test session? Would you advise others to try it? Share your tips and experiences in the comments.

17 comments on “Why You Should Watch… F1 testing”