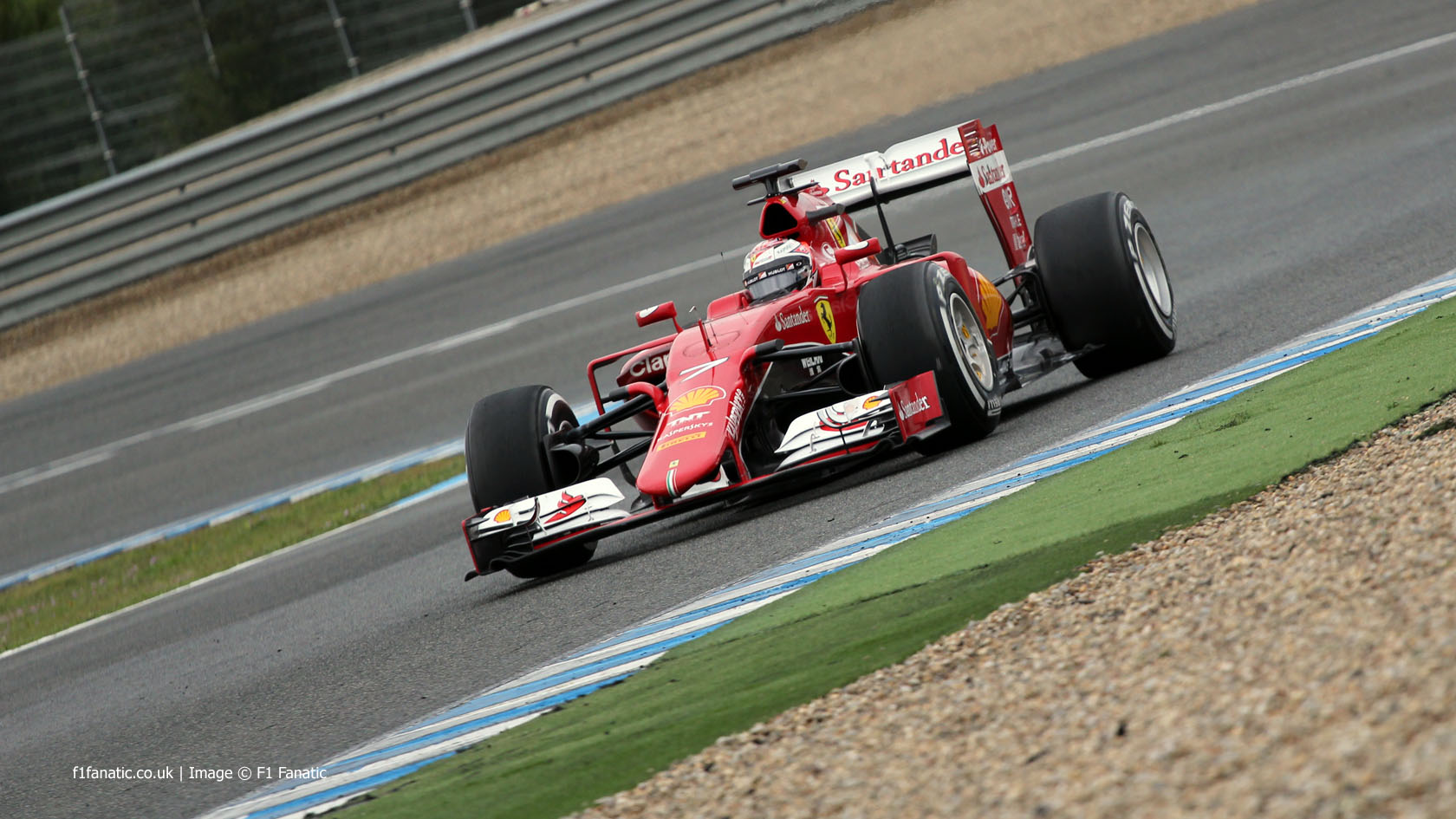 Nico Rosberg has described the performance of Ferrari during the opening three days of the Jerez test as ‘eye-opening’ for his Mercedes team.

Despite covering a total of 308 laps over his two days in the car – far more than any other driver – Rosberg says that the team are weary of Ferrari’s perfomance so far.

“We’re keeping an eye on the opposition and Ferrari especially have been an eye-opener for us in the last couple of days,” said Rosberg.

With two Ferrari-powered cars on top of the time sheets over all three days so far, Rosberg says Mercedes’s focus has been purely on reliability.

“Our goal here was to do mileage, because our weakness last year was reliability and so we had a big focus on that – to have a really reliable car for this year, because it costs us some points last year,” explained Rosberg.

“So that’s been the goal to start off, because it’s important to find the problems now when we still have time before Melbourne. If you see problems in Barcelona, it’s going to be a short time to Melbourne and more difficult to solve them. Anything that you can find here is going to be easier to solve.”

Rosberg’s day was briefly interrupted after his engine cut out just before the hairpin, forcing him to stop the W06 on the circuit.

“There was some sort of fuel issue, so the engine cut off on my in-lap, but that was easy to fix, Rosberg explained to the media at the end of the session.

“We did find some weaknesses in the car already, but they’re going to be easy to fix, so we’re on the right track. We also had telemetry problems with the car not sending the data back to the team from the car, and that’s always a bit of a risk.

“Still, we’re confident that we can start the season well and also be strong in terms of development.”