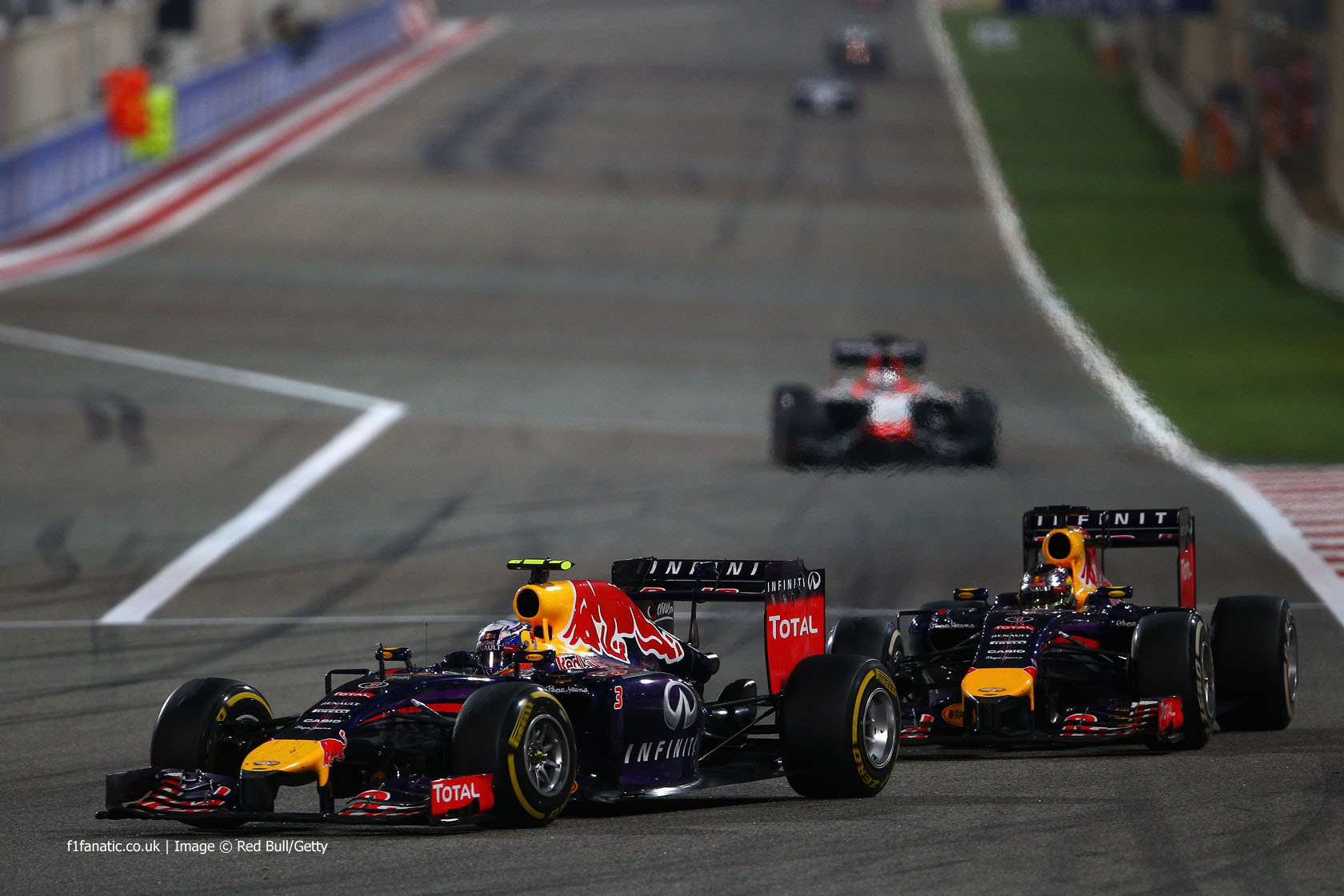 Red Bull’s incessant complaints about the direction Formula One took with its engine regulations in 2014 quickly began to grate. But there’s no doubt the root cause of the downfall the champion team of the last four years was F1’s new V6 turbo hybrids – and Renault’s sub-par response to the new challenge.

In order to appreciate just how impressive it was that they ended the year second in the championship with three wins, it’s worth recalling how dire the situation was for Red Bull in three tests prior to the first race of the season at Melbourne.

Mercedes covered a modest 79km on the first day of running in Jerez. But it took Red Bull all of the four-day Spanish test just to accumulate that much. By then Mercedes had logged over 1,300km – more than Red Bull managed until the final day of running in Bahrain. On seven of the twelve test days Red Bull failed to cover more than 100 kilometres.

The RB10 frequently coasted to a halt belching ominous smoke or with flames licking the bodywork. Even hasty modifications to its figure-hugging bodywork were unable to coax it into covering much ground.

Given that, it was truly astonishing how competitive they were from the first race of the year. Daniel Ricciardo brought his car home on the podium, though it was subsequently taken away from him on a technicality.

The disqualifications which bookended Red Bull’s season reveal how the team pushed the rules to their limit in the pursuit of performance. Ricciardo’s car exceeded the new 100kg/hour fuel flow rate limit on more than one occasion during the race, and Red Bull’s attempt to place the blame on the wandering readings given by the FIA’s approved rate meters was given short shrift. Their attempt to reduce the inherent disadvantages of the power unit had backfired.

Abu Dhabi looked like another case of pushing the rules too far. In this instance they had a strong incentive to try it on with the stewards: Red Bull were already locked in to second in the constructors’ championship, and likewise Ricciardo had already secured third in the drivers’ points.

With nothing to lose, why not try to sneak some extra-bendy front wings past the scrutineers? It could have served them very well for 2015 if they hadn’t been rumbled again and sent to the back of the grid.

As in previous seasons, Red Bull pushed the limits of acceptability harder than any other team. Mounting the onboard cameras within its nose was another example of this – an innovation they were ordered to change ahead of the Monaco Grand Prix.

For all their pre-season problems and the Renault Energy F1’s lack of grunt, Red Bull hit the ground running. They still looked every inch the strategically sharp, well-drilled team of their championship-winning years. It was no surprise at all that on the three occasions Mercedes dropped the ball it was caught by Red Bull every time.

But it was a surprise that Ricciardo, not Sebastian Vettel, claimed each of those victories. When Ricciardo was announced as Vettel’s new team mate last year, some who hadn’t paid attention to the quality of his driving and technical feedback in his Toro Rosso years suggested Red Bull had promoted an unthreatening number two who would give Vettel an easy time. How wrong they were.

The status quo was established early in the season. In Bahrain Vettel made way when told his team mate was coming up behind him, but a similar request at the next round was met with the curt response: “tough luck”. But Ricciardo didn’t need Vettel to get out of his way: two of his wins came in races where he made his way past Vettel, jumping ahead through the pits in Canada and benefiting from a mistake by his team mate in Belgium.

Vettel never looked as settled in the RB10 as Ricciardo did. However he could hang on for a single lap and usually qualified around the same position as his team mate. In Malaysia he came within a few hundredths of beating Lewis Hamilton to pole position in the rain. But over a race stint he often struggled to match Ricciardo’s ability to squeeze an extra few laps out of the tyres.

Vettel reverted to the chassis he had used during testing after the fly-away races, but it brought little in the way of improvements. And he bore the brunt of Red Bull’s reliability problems – dropping out in Australia, Monaco and Austria as well as experiencing several problems in qualifying.

One such fault in Spain left him fifteenth on the grid. He nonetheless fought his way back to finish fourth behind his team mate, a result which highlighted the quality of a chassis which was clearly being held back by its power unit. Red Bull repeated that result in the rain-hit Japanese race, both drivers making excellent passes on the Williams cars around Suzuka’s tricky curves.

Red Bull’s faith in its young driver programme clearly paid off with Ricciardo’s appointment this year. Their success in 2015 will depend partly on whether they’ve got it right again by promoting Daniil Kvyat – and how far Renault can close the gap to Mercedes.

17 comments on “Red Bull show their strength despite engine troubles”