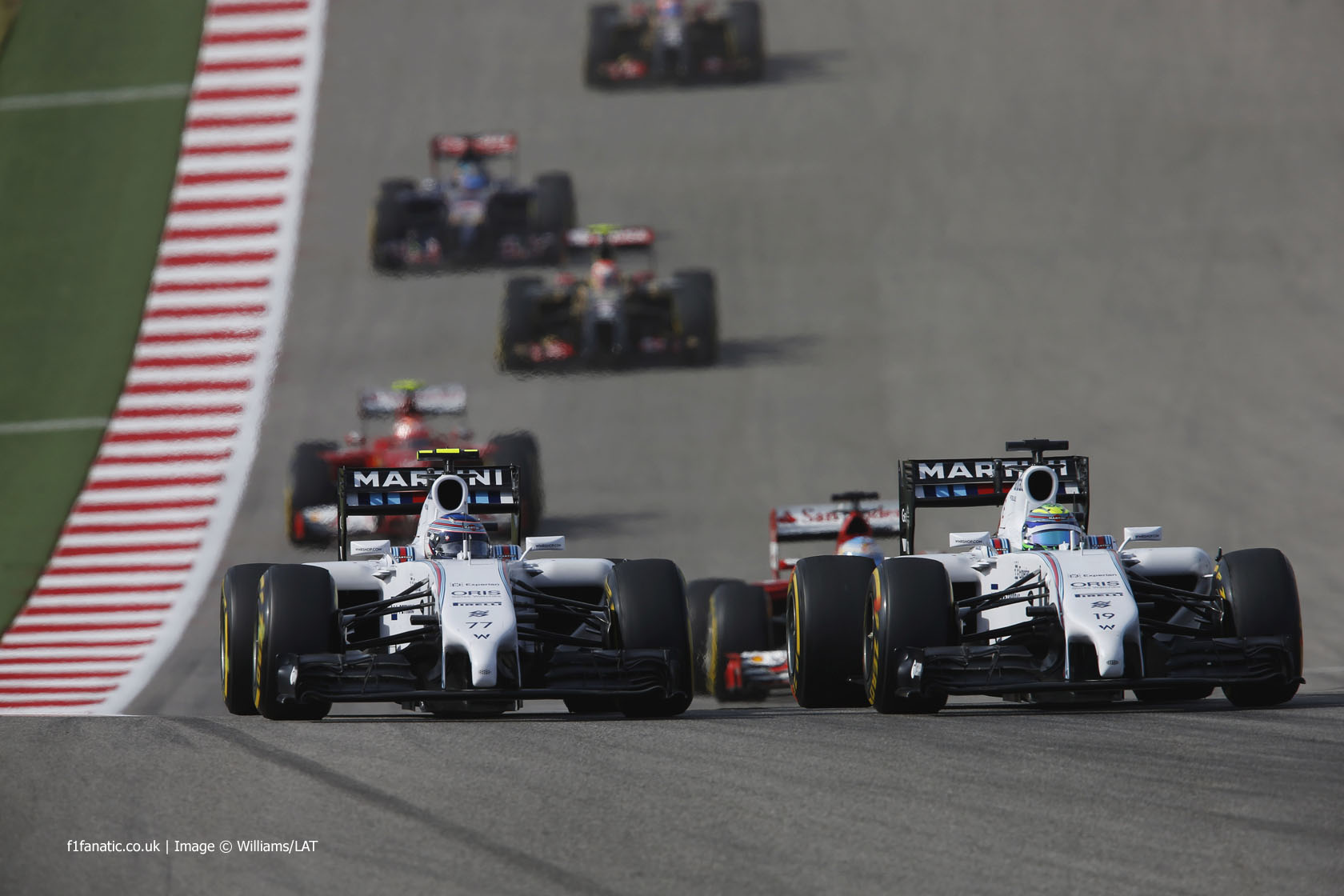 There are compelling reasons to believe that after the false dawns of past seasons, Williams’ successful 2014 campaign showed the former championship winners could again become the formidable force they once were.

This team’s form has varied wildly in recent years. The toiled at the back in 2011, won a race in 2012, then slumped to the rear of the field again in 2013. Each disappointing season was greeted with the departure of key technical staff and the appointment of new names.

But the arrivals of the likes of Pat Symonds and Rob Smedley within the past 18 months seems to have given the team the direction and organisation it was crying out for. Clearly, it enabled them to not only produce a car which made excellent use of the superb Mercedes power unit, but also to take full advantage of it – at least from around the middle of the season.

There were four Mercedes-powered teams on the grid and Williams ended the year ahead of two of them. Without the best engine in the field of course they would not have enjoyed the kind of season they did, but it’s equally clear they owed their turnaround to more than just the 1.6-litre lump with the three-pointed star on it.

Harnedding the Mercedes PU106A V6 turbo hybrid’s grunt to full effect, the FW36 was like a dragster on the straight. Its efficient aerodynamics also made one of the best cars in terms of fuel consumption.

Williams’ potential was masked somewhat at the beginning of the season. The car’s key weakness was its performance in wet weather conditions, so rain-hit qualifying sessions at the start of the year held them back, as did tyre management problems in Bahrain.

Felipe Massa was eliminated at the first corner of the season. But in the same race the speed with which Valtteri Bottas made his way through the field after two separate setbacks – a gearbox change penalty in qualifying and contact with the wall in the race – showed the car had serious speed. It was Bottas who unlocked it first, taking four podiums from five races at mid-season. Massa, meanwhile, lost a lot of points due to misfortune (collisions with Ericsson in Monaco and Raikkonen at Silverstone) and self-inflicted mistakes (rolling after hitting Magnussen in Germany). However Massa did keep Mercedes from taking a clean sweep of pole positions, leading a Williams-lock-out of the front row in Austria.

Given that, and Massa’s pursuit of Lewis Hamilton at the final round in Abu Dhabi, it’s reasonable to ask whether Williams should have won a race in 2014.

Their conservative strategy in Austria saw them take third and fourth place behind Mercedes. Could they have been bolder? Perhaps, but they had every incentive not too. With some poor championship results in their recent history, the importance of grabbing points while they were able to cannot be underestimated.

Given the virtual impossibility of beating Mercedes to the title, concentrating on getting ahead of Ferrari and staying there made absolute sense. If those running F1 wish to see teams like Williams take more risks in their pursuit of victory, it should note that the present points and prize money structure provides a very strong incentive for them to play it safe.

A major part of Smedley’s role was to iron out the kind of operational errors seen the previous years, where sloppy pit work led to costly fines. Pit stop problems delayed Massa in China and Canada – the latter compromising a potential shot at victory – though on the whole the team took a step forward in this area.

A double podium finish at the finale – their first in nine years – showed Williams had mastered the niggling problems they had been working on all season. If they produce as good a car next year they should be in far better shape to take advantage of it.