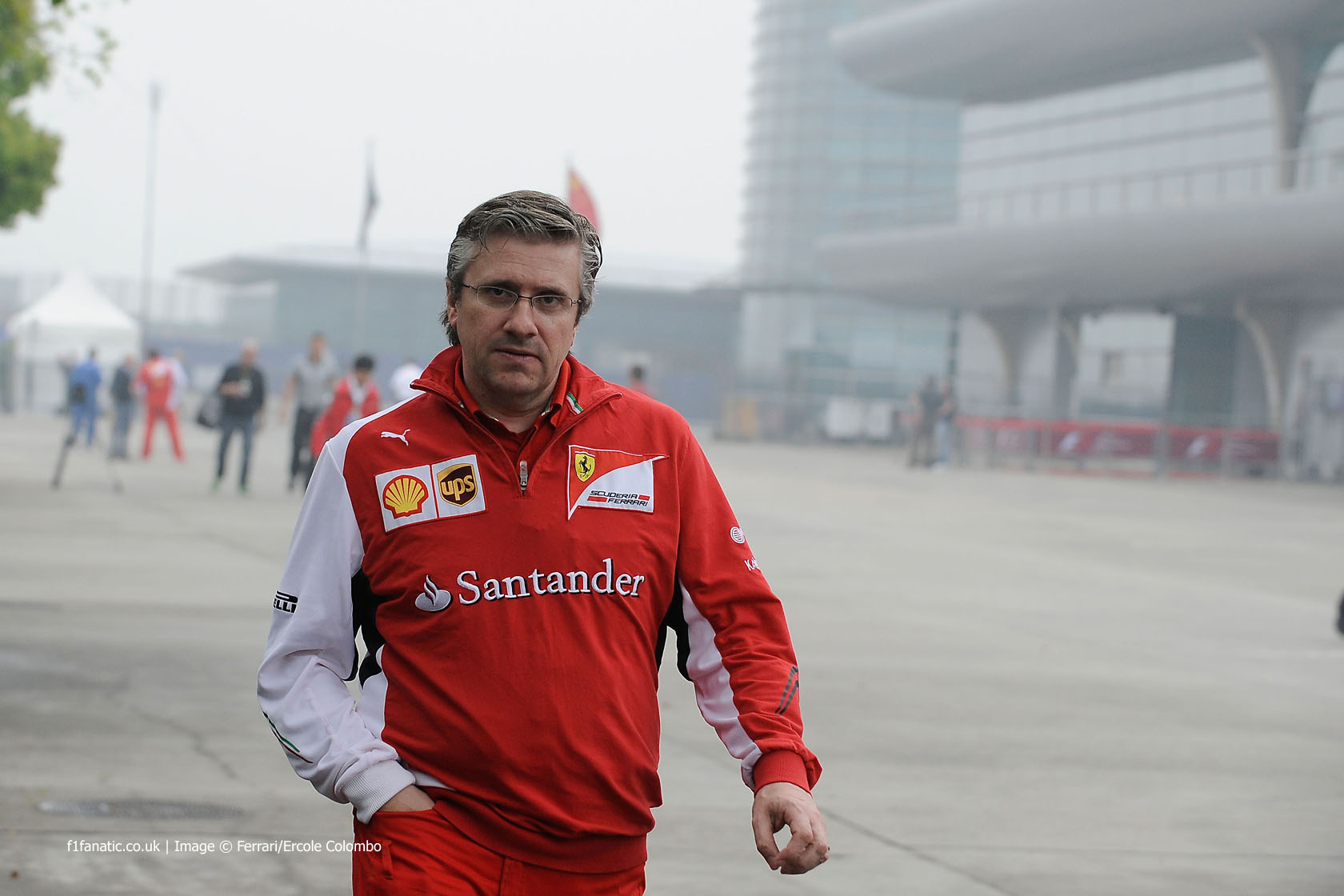 Ferrari has announced a reorganisation of its key technical staff following the departures of director of engineering Pat Fry and chief designer Nikolas Tombazis.

James Allison, who joined the team from Lotus last year, will be given responsibility for ‘track engineering activities’ in addition to his responsibilities as technical director.

A statement issued by the team said new team principal Maurizio Arrivabene had initiated the reorganisation “within a few days from his arrival” and that it would give Ferrari “a flatter structure and clear assignment of responsibilities”.

Alberto Antonini will now run the Ferrari press office in place of Renato Bisignani, who has moved to the new communications department set up by Arrivabene.

Ferrari has also confirmed its cars and drivers’ overalls will carry the logos of brands owned by America Movil in 2015. The Mexican company, whose brands include Telmex, Telcel and Claro, has previous backed the career of Esteban Gutierrez, who was announced as the team’s new test driver yesterday.