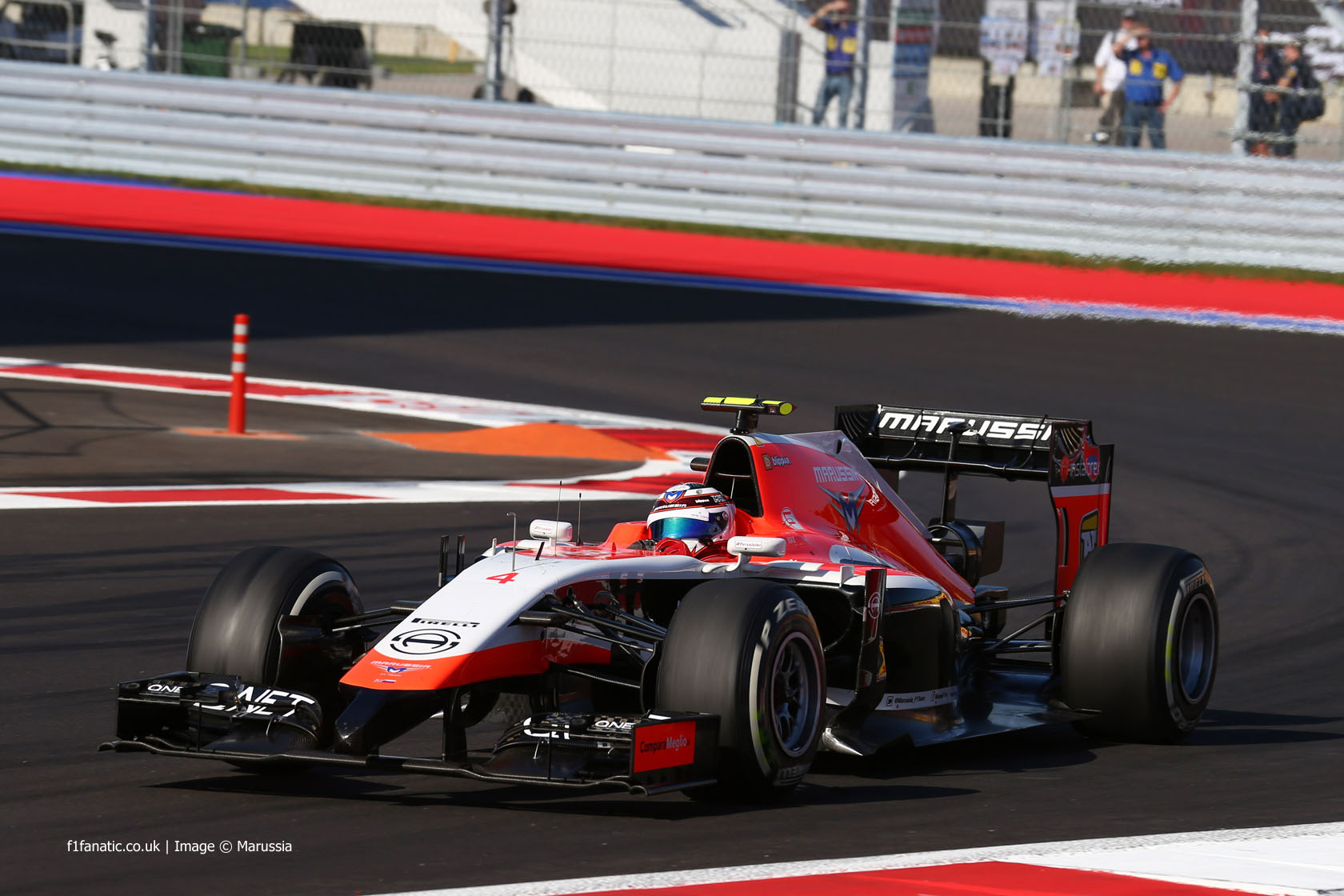 In the round-up: Gene Haas will bid to buy items which have been put up for sale by the administrators of F1 team Marussia for his F1 tean, which is due to enter in 2016.

“The American tycoon Gene Haas has revealed that he will be bidding for the assets of the collapsed Marussia Formula One team when they are put up for auction on Tuesday at its former factory in Banbury.”

“Both were told that a repeat situation in the future would not be tolerated and could result in one of them losing their drive, ensured that things calmed down.”

“I feel like I’ve got another seven years in F1. That’s the goal.”

How rich is Lewis Hamilton? (The Telegraph)

“Footballer Joey Barton argued that Hamilton did not deserve to win the award. He said that tax exiles should be exempt from winning any trophies that are ‘paid and voted for by the tax/licence payer’.”

“Mercedes’ title-winning F1 W05 Hybrid might not have looked overly radical compared to certain rivals, but it was the most innovative car on the grid in 2014.”

Steve Nielsen had his first day as @WilliamsRacing Sporting Manager today. Welcome to the family!

Have Ferrari reached the bottom of their dip – or do they have further to slide?

I think the trouble is that Ferrari don’t know how to efficiently develop a car. Their downturn has coincided with the introduction of testing restrictions. In their heyday Ferrari would have drivers blasting around Fiorrano pretty much every day of the week. They could produce 20 different wing designs then just pick the one that worked best. These days they can’t do that – the wing they design has to work straight away, and deliver the performance it should do based on CFD and wind-tunnel testing. At the moment, it doesn’t. And they simply have no idea why not.

The fact that they lobbied to have the engine rules skewed in their favour merely adds to the humiliation. They have the biggest political clout, the biggest budget, a sprawling factory with state of the art facilities, a massive guaranteed windfall from FOM every year no matter how pathetic the performance, and until recently the best driver on the grid.

Despite having all of these things in their favour, they’ve produced a poor engine and a dreadful car, have no idea how to fix it and are slipping down the rankings, not up. And there is absolutely no reason to believe that they have the first idea how to arrest the slide and begin to compete with the likes of Mercedes and Red Bull – tellingly two teams which have come recently to F1 in the ‘modern era’ who have the best handle on how to produce performance under the conditions as they stand today. Not as they stood fifteen years ago.
@MazdaChris

Five years ago today Felipe Massa tested a Ferrari in preparation for his return to racing following the serious injuries he suffered during qualifying for the Hungarian Grand Prix.

52 comments on “Haas to bid at Marussia auction”