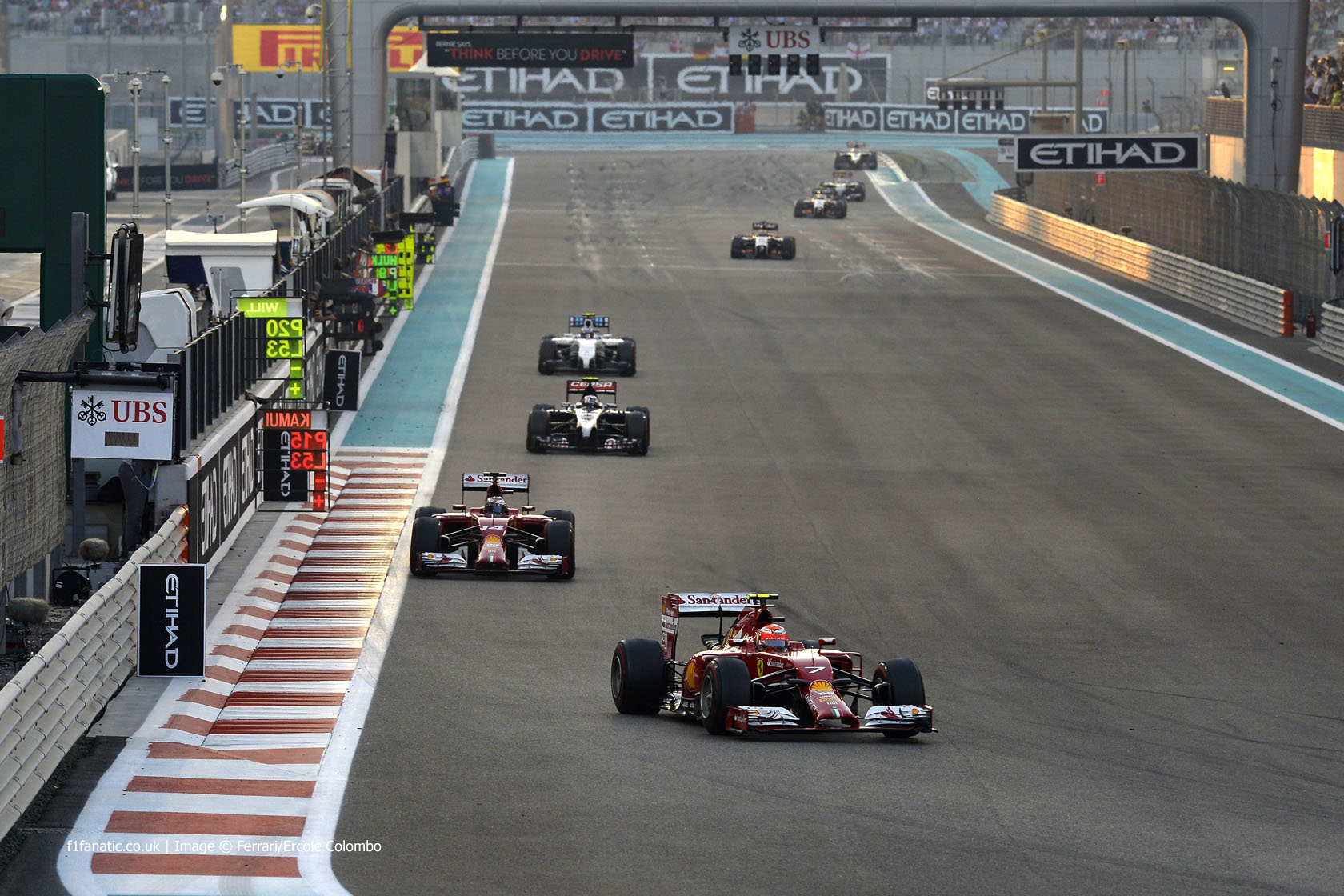 This is a promoted article for Memento Exclusives

The moment the chequered flag fell on the 2014 Abu Dhabi Grand Prix, every car on the track became obsolete. New, faster, better models are coming for next year. So what happens to all the old chassis?

Some will be sold. Some will be kept by their teams. The most successful ones – no doubt including Mercedes’ record-breaking W05 – will continue to make appearances at events for years to come.

But what about all the spare parts or old components which were upgraded during the season? An F1 car contain an average of 80,000 components per car, and with 22 cars on the grid at the start of the season that means F1 generated 1.7 million parts before we even start counting spares. Where do they all go?

Many of them will be kept by the teams who designed them, for fear of them falling into the hands of rivals who could use them to clean vital knowledge. That’s why Sebastian Vettel will have to wait a while to get his hands on the championship-winning Red Bull his former team has promised him – Christian Horner doesn’t want the hardware making its way to Ferrari’s factory in Maranello.

It can take several years for a new F1 car part to appear on track from its initial conception. F1 parts are not only pioneering in their design and research and development: they also involve industry-leading production processes and take time to manufacture to the right specification.

For example, brake discs can boast one of the lengthiest manufacturing processes of any F1 component. These carbon fibre discs take up to five months to produce in a delicate and scientific process of compressing and baking.

It’s the job of the operations department to ensure that these newly manufactured components are shipped on time and in pristine condition to the factory for assembly.

The first test of the season is a nerve-wracking time for teams as a high proportion of a new car will be previously untested components. However good a team’s quality assurance processes are, statistically a small number of parts are likely to fail. The majority, however, will make it through to the testing and race rounds and be pushed to the extremes of speed, vibration and temperature. Many parts will run just one race. The teams have to replace components regularly if they want to win races – that’s just a fact of the sport.

Not all the parts on a car are owned by teams. A complicated logistics operation begins once a race ends. Tyres must be scanned, checked in and out and returned to Pirelli at the race location, as F1’s tyre manufacturer keeps the details of its tyre compounds a secret. For engine customers such as Force India, engines and drive trains must be returned to their manufacturers.

Each F1 team has secure storage for their retired components and dedicated people to manage these parts once they are returned from the race. Every component in storage is logged onto the team’s database with its unique component number to ensure everything is traceable. Information about the part’s life and any relevant telemetry will be recorded too.

Once it is deemed a part is no longer capable of revealing secrets to a rival, teams make their parts available to the public. While some are simply mounted on plinths and sold, others lend themselves to more innovative treatments. Brake discs, for example, can be re-purposed as stylish clocks. One of these clocks, supplied by specialist retailer Memento Exclusives, was offered as the top prize in this year’s Predictions Championship.

If you weren’t able to win the brake disc clock in this year’s Predictions Championship, you can still get your hands on one of these ‘upcycled’ F1 car parts from Memento Exclusives via their website. It’s unlikely any other clock or table you can buy will have had such an interesting previous life.

F1 Fanatic earns a commission on products sold via the links to our affiliate partners above, however you are not charged any extra.

17 comments on “What happens to F1 car parts now the season’s over?”