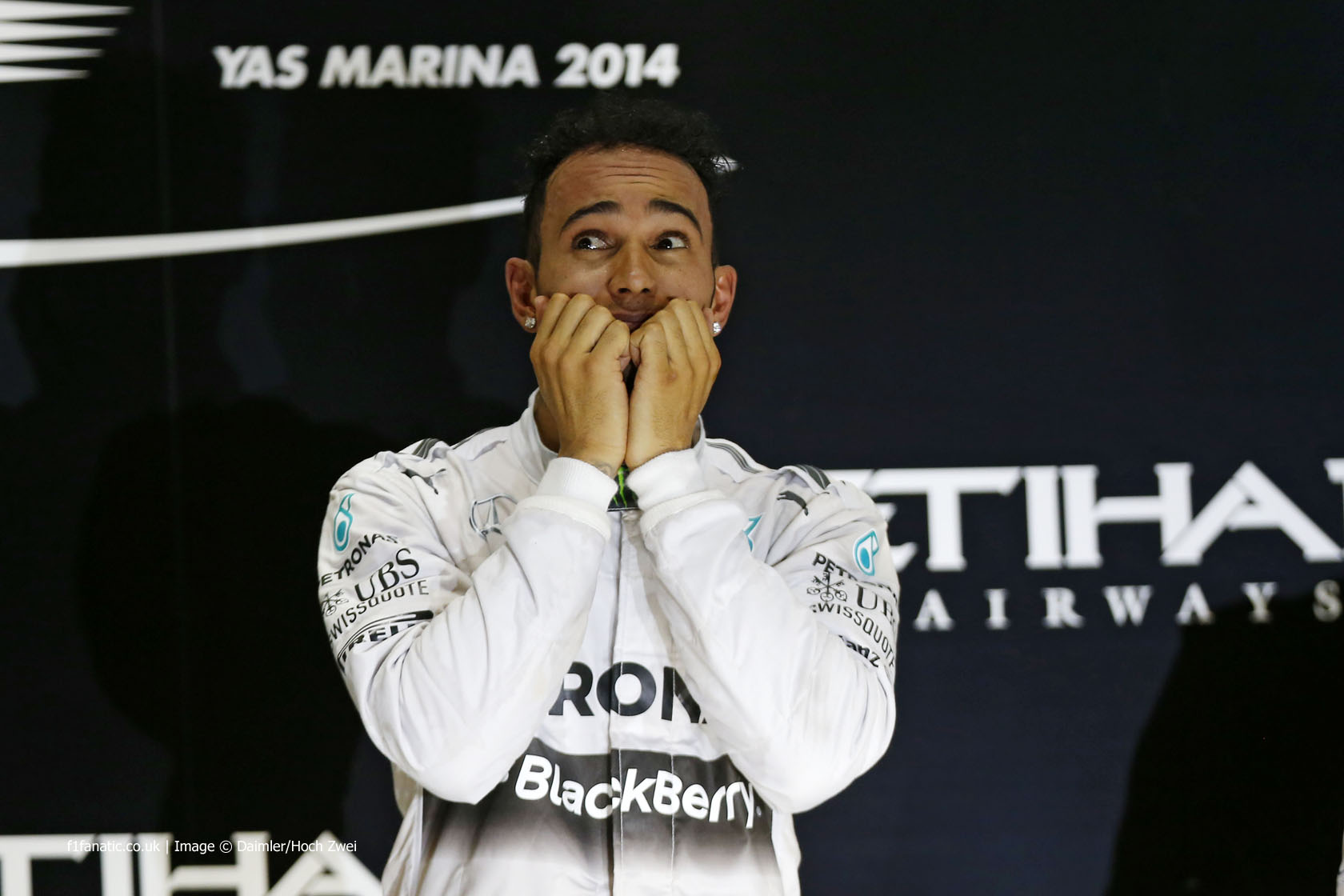 In the round-up: Lewis Hamilton says his second championship crown took a long time to follow the first one after collecting the trophy at the FIA’s end-of-season award ceremony.

“It’s been such a long time coming. So many legendary drivers here and now to see my name right here it’s just absolutely incredible.”

“Following a written essay question and a series of assessments at the Williams factory in Oxfordshire, the eventual winner will be offered an initial two year placement upon graduation in an accelerated development programme that will see them mentored by senior engineers and rotate through various areas of the team before they find their specialism.”

“Before the first race of the season even begins, Ferrari has pocketed around $92m in prize money – about same sum as Caterham’s entire annual budget.”

Great to see a nice team spirit yesterday at the @redbullracing end of season party. Not an easy one after all what happened yesterday!

Team spirit was still high at the xmas party despite what happened at the factory yesterday. Had a great night with all the team!! Cheers 🍻

'Red Bull's trophies have flown away, who knows if they were also flexible.' No sympathy from @lcolajanni there: https://t.co/AVpmC2pJBy #F1

What would you call this year’s season review video?

What’s with “It was fair”? Sounds so unexciting. Previously a lot of the titles have been pretty poor in my opinion.

They seem to be getting worse and worse. I would just leave it as “The official review of the 2014 FIA Formula One World Championship” and be done with it. None of these cringeworthy titles or ‘it was fair’ – you know it was fair stuff.

I would have called it “The clash of the Mercedes” or something dramatic like that.
@RoboCAT

A controversy was brewing four years ago today when Renault revealed they would race in a retro black-and-gold livery having received backing from car manufacturer Lotus. However a new team formed by Tony Fernandes had already completed its first season using the Lotus name.

At the time most F1 Fanatic readers sided with Fernandes, and the matter was eventually settled in his favour in court. However he later rebranded his team as Caterham and reached a deal to transfer the Lotus name to the team which still uses it.