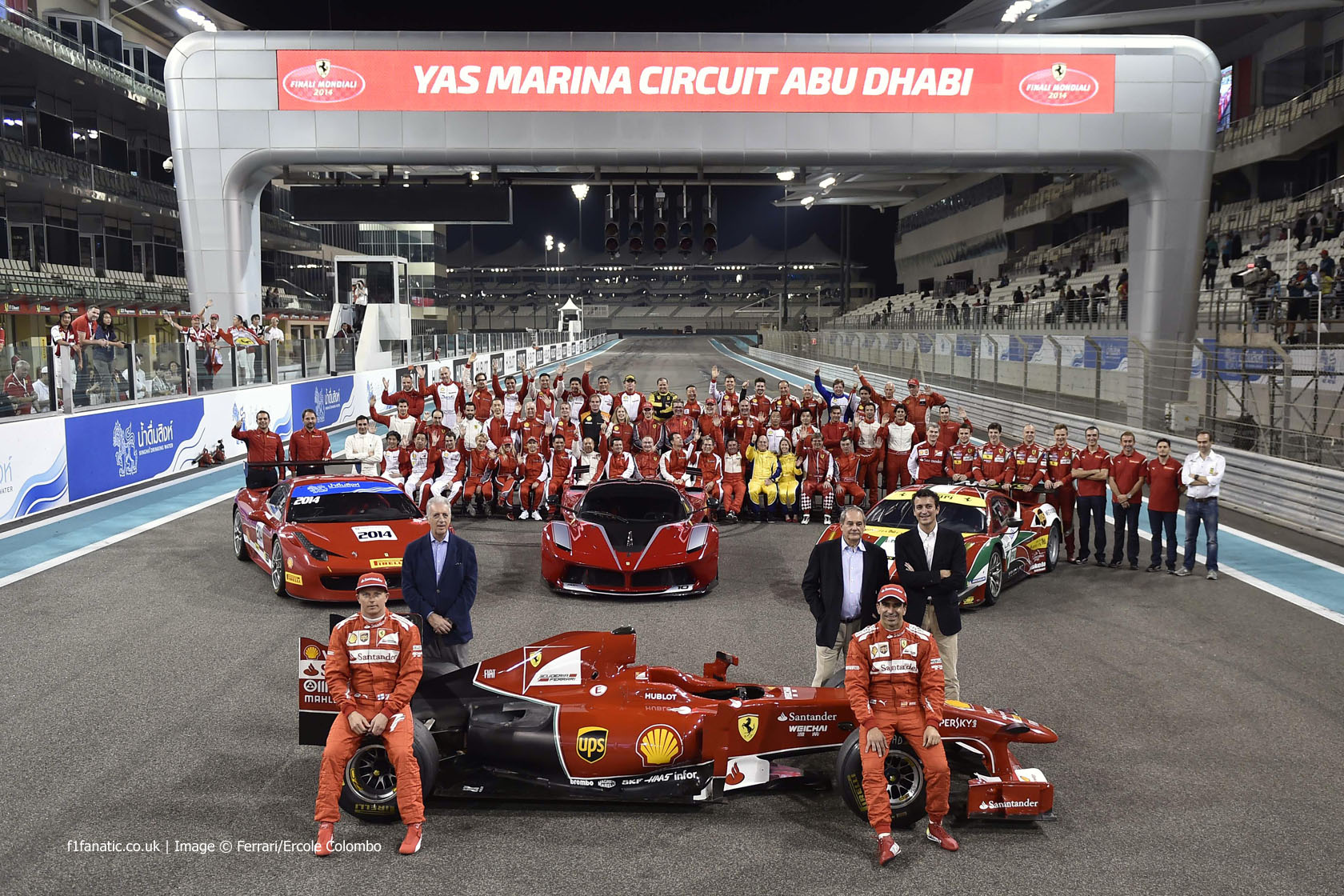 In the round-up: Kimi Raikkonen believes Ferrari have laid the groundwork to bounce back from their win-less season in 2015.

Raikkonen: “Working together in the same direction” (Ferrari)

“Ferrari is always expected to win races and fight at the front. Unfortunately, that wasn’t the case, but for the next season we laid down the basis for Scuderia Ferrari to come back to the level it should be at.”

“I went from Renault to McLaren, and then I went back to Renault; I come to Ferrari, maybe I come back to the team. It seems the people who work with me give me one door open when it is normally the opposite of what I read – that I am very difficult to work with.”

“For me [superstitions are] just an excuse from something else to go wrong. You can blame it on ‘ah, I didn’t do that’. It just fills your head full of crap to be honest. I don’t like superstitions.”

‘Making sure decision is right’ (Sky)

“There is no problem, it is just taking the time to consider what is good for McLaren.”

Thank you to everyone for your kind messages of support today!

Our thoughts are with our friends @redbullracing after their trophies theft in Milton Keynes. Nobody can steal your success. #RedBullFamily

And the 2014 #F1 season video is called… "It was fair". Is that really the best they could think of? pic.twitter.com/YxgFzVDL26

Anyway, here's some links to grab your copy… Direct from Duke: http://t.co/twbcUo6nL4 Via the F1F Gift Guide: http://t.co/jF41TwSojG #F1

The criticism of McLaren’s delay in naming their drivers isn’t just of interest to those in the UK:

German here, and completely annoyed about the delays and the way they treat Button. This is a F1 world champion who has plenty more wins and maybe even some more titles in front of himself.

Also, this has been a daily topic in German motorsport news.
Oli (@Dh1996)

And happy birthday to former F1 driver Robert Kubica who is 30 today!