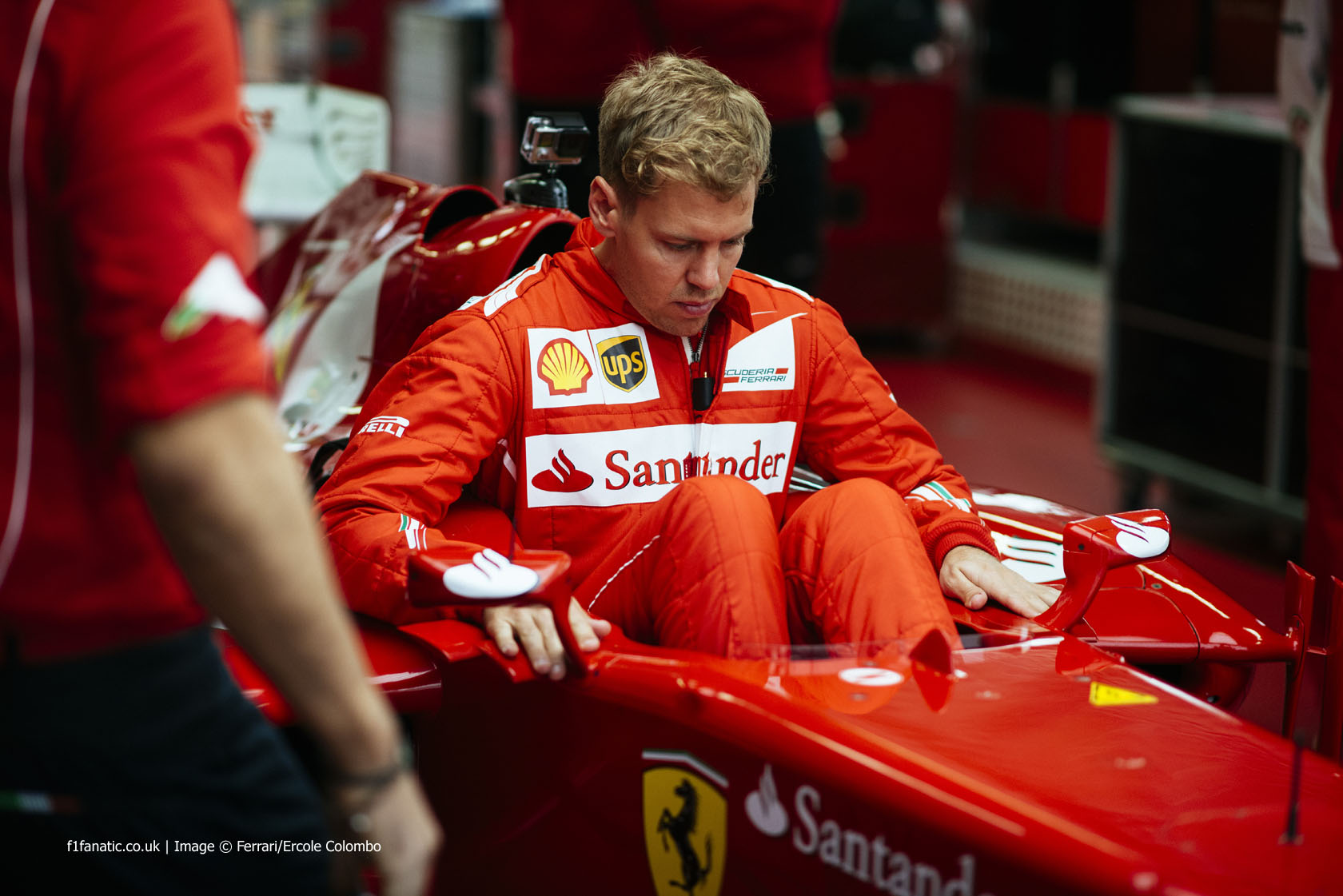 Sebastian Vettel donned Ferrari overalls for the first time as he took to the team’s Fiorano test track in an F1 car on Saturday, ahead of his move to the team in 2015.

The four-times champion drove a Ferrari F2012 – the very model Fernando Alonso used when he finished second to Vettel in the championship two years ago.

“Obviously it’s already winter time so it was quite cold doing some laps,” said Vettel. “But it was a great feeling,” he added, “it’s always enjoyable to be in the car.”

“Looking back to the years when I was 11, 12 years old, trying to look over the fence and trying to see a glimpse of Michael [Schumacher] running on the track – today I was on the track and I saw the Tifosi around… there is a lot of fairytales about Ferrari and how it feels to drive a red car and so on, and in the end I can only confirm all these fairytales, it’s not just a story, it’s really all a true legend that exists.

“It feels really, really special to become part of that, to sit inside the car, to see the people coming, running to the track and trying to climb the walls to see the car.”

98 comments on “Vettel has first run for Ferrari at Fiorano”